The world is changing... or is it?

For most of us stuck inside thanks to the global pandemic, life has certainly changed. But for other, less certain things, how do we actually know the world is changing, if at all? How do we know for example that life expectancy is increasing or that climate change is a looming threat? How do we know when the pandemic will be over and when it’s safe to go outside again?

To answer these questions, we often rely on numbers. Some of these numbers are produced by academics and you can read about their research in places like IMPACT magazine. But usually, we get our information about how the world is changing via the media.

The problem, however, is the media isn’t all that good at presenting numbers. A lot of the time, numbers are misunderstood, misrepresented, or misused.

A simple way the media often get it wrong is when discussing risk. In 2018, The Telegraph published an article informing us that children born to men over the age of 45 were 18% more likely to have seizures.

This sounds pretty scary and worrying. Especially as some people may even read this and think that children born to older fathers have an 18% chance of developing seizures, which is definitely not what the article is saying. The question that needs to be asked is, 18% more than what? It would be much more informative to us if we were to reformulate the risk in absolute terms, rather than relative.

So to put the risk of seizures in absolute terms, the risk of a child having seizures is 0.024%. If the father is in his 50s, the risk is now 0.028%. The absolute risk increase is 0.004 percentage points. This sounds much less scary, and a lot more informative to the readers: we now have a better grasp of the actual risk involved.

Articles like this appear all the time in the media. As an economist who deals with numbers daily, reading news stories like this can be a painful experience. This is why we decided to write a book all about how the media gets numbers wrong and what we can do about it.

Each chapter takes a real-life news story and uses it to highlight a particular concept or idea. We cover topics such as how to know if swearing makes you stronger, and whether drinking soft drinks makes you violent? After reading it you will understand a bit more about how science works, and things like what ‘statistically significant’ actually means (for a start, it does not mean the findings themselves are significant: they may not be particularly noteworthy). In the final chapter of the book we propose a way to make numbers in the news a bit better.

We present a statistical style guide and have started a campaign to try and get journalists to follow it in the vain hope that it will make the world a better place.

Although, the question we should be asking is: how do we actually know if we have made a difference?

You can read the journalists style guide, and find out how to join the campaign at How to Read Numbers.

How to Read Numbers: A Guide to Statistics in the News (and Knowing When to Trust Them), published by W&N, is available now. 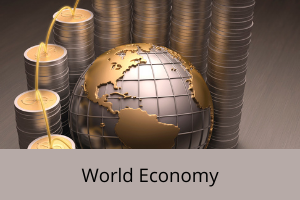