The Power of Entrepreneurship

One of the negative consequences of wars, crises and pandemics is the social degradation. People end up with destroyed assets, unemployed, in poverty and about to die. Plenty of examples exist worldwide, including both in developed and developing countries.

The first group saw an economic debacle in 2008; taking about five years to even begin the recovery process. During this period of financial crisis, countries such as Spain, Italy and Greece had unemployment rates higher than 20%. The second group has been characterised by different problems, although one factor was common across these countries: violence. The massive exodus originated by terrorist attacks in Syria, political violence in Venezuela and a 50-year civil war in Colombia are just some examples of this.

Despite differences between developed and developing countries, the entire world is currently living in an unprecedented situation, affecting everyone no matter their income, gender, race or religion. According to the World Health Organization, more than 15 million people have been infected with, and more than 600,000 people have died because of coronavirus (Covid-19) since the beginning of the pandemic in December 2019 up to July 2020 (and we don’t know how long it will continue).

Most countries have been looking for solutions in the face of the pandemic, but the virus spreads so quickly that lockdown has been the best option to stop exponential transmission. As a result, the global economy is close to a new period of economic crisis, which is going to raise unemployment and poverty levels again, among other social indicators. Some people are going to have the capacity to recover thanks to their own savings or government aid, for instance; but those who are highly vulnerable may fall into poverty.

Unfortunately, not all countries are able to increase the public debt with international financial organisations, which could mean that their capacity to face the current situation is very limited. If this is the case, then what else can be done? Society itself may be the answer to this puzzle. There are examples of how people not only help each other but also other species.

For instance, the recent bushfires in Australia saw many people and animals lose their lives. During this time, many people put their lives at risk to help save those who were trapped and different organisations started aid mechanisms to support those in need of assistance.

What we are currently living through might serve as another example; some countries, for instance, are mobilising different actors to create solutions that mitigate the consequences derived from Covid-19. China, where the pandemic started, has sent some scientists and doctors to other countries to spread the word about how to reduce the effects of the virus. In addition, China and other countries, such as Germany and the UK, have started working on a vaccine.

Entrepreneurs and SMEs are also contributing to this. In Spain and Colombia (and it is likely to progress to other countries), some entrepreneurs have tackled the cleaning and health products shortage by producing artisanal or homemade products such as masks and gloves. Alongside universities, other entrepreneurs have worked on respiratory machines, which are badly needed in overcrowded hospitals.

It seems that our own social progress orientation is the remedy and solution to solving some social problems and help those who are more vulnerable. In a recent study published in Entrepreneurship Research Journal, David Audretsch (of Indiana University), David Urbano (of the Universitat Autònoma de Barcelona) and I show how the existence of a social progress orientation leads people to contribute to society through entrepreneurial solutions.

A cross-country analysis enabled us to understand that characteristics such as civic activism, voluntary spirit and the inclusion of minorities motivate entrepreneurs not only to increase national production, but also to reduce the poverty level. The discussion behind this evidence is that entrepreneurship turned out to be a mechanism of inclusive growth. That is, certain cultures are supportive of entrepreneurs, who are constantly looking for ideas and projects that are turned into real solutions for everybody, and that help excluded people to participate in the economic system. Entrepreneurs, therefore, represent the intentions societies have to solve problems and evolve. 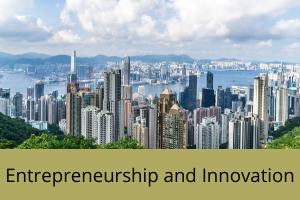