The rise of the smart city

How do you begin to design an 'intelligent' city fit for the future? Professor Kieran Fernandes explains how his work with the 'indexDNA' framework is shaping urban development.

The rate of change in global economic activity and our societies is likely to accelerate further, causing profound implications for life, work, travel and the growth of our communities. Most importantly, these changes will have a significant impact on the urban population, expected to be around seven billion by 2050. Urban regions are estimated to generate 80% of economic growth and produce approximately 72% of all greenhouse gas emissions, despite covering only 3% of the land. In most developed countries, one of the fastest growing age groups is senior citizens (60+ years of age). It is expected that over two billion people will be senior citizens by 2050. Data from the United Nations suggests that by 2047 the number of senior citizens will exceed the number of children (under 15). Ageing and exponential growth in urban regions are increasingly becoming a priority issue in both developed and developing countries.

Living in such highly dense cities is a new phenomenon for humankind and brings about several opportunities, but also tensions: a growing ageing society against the decline in Generation Alpha; individual against collective; regional against global; privacy against open systems; economic growth against zero carbon emissions. Governments have been reactive to this migration trend and are experimenting with emerging and established technologies to provide solutions to this unprecedented urbanisation. Many cities are taking proactive steps to make their cities 'digitalised' or 'smarter'. Such initiatives are called 'smart city' initiatives and primarily focus on using a collection of technologies to provide timely and effective services to citizens. At the heart of such cities is the notion that 'data' generated by citizens and systems can be used to develop a citizen-centred society that is sustainable, inclusive and fit for the future.

Governments have focused on several approaches, ranging from smart governance models to smart citizen initiatives to make cities more 'intelligent' or 'digital'. While there are differences in how these approaches are implemented, the fundamental proposition in all these models is the use of information and communications technology (ICT) to provide services and support to citizens. However, there is no universal agreement on what constitutes a smart city or a framework that can be used by policymakers and society to develop or build smart cities. I have been working with fellow researchers Dr Atanu Chaudhury and Akash Kakar from the Centre for Innovation and Technology Management to develop a framework called indexDNA that provides a blueprint on how 'smart cities' should be designed.

The indexDNA framework was developed in collaboration with a dynamic technology platform called citiesABC, the open business council, the World Smart Cities Forum and businesses including ztudium, Mastercard, ATOS and Engie. The indexDNA framework takes a holistic, citizen-centric approach to smart cities, treating them like human-centric ecosystems where physical and cyberspace systems are interconnected to bring about social, economic, political and environmental changes. The developed framework has been incorporated on a dynamic technology platform called citiesABC, which uses AI and blockchains to capture the complex relationship between citizens, industry, policymaking and society. The citiesABC platform gives a holistic view of a city on several dimensions, such as wellbeing, health, education, liveability, circular economy, human talent, energy net neutrality, economy, accessibility & mobility, leadership and governance.

The indexDNA framework serves several purposes, from benchmarking cities to developing effective policies for the transition to a smart and sustainable urban ecosystem. There are several unique aspects of the indexDNA: as an open system, the index collects data on each city continuously and updates rankings and performance ratings accordingly. The indexDNA was designed to be open and follows the principles of independence and data neutrality in line with General Data Protection Regulation (GDPR).

The framework is used by the Malaysian Government and is currently being piloted by the Government of Vietnam. The framework will also form the basis of a debate at the World Smart Cities Leader's Summit (28-30 September 2021), which will include mayors and governors from over 30 cities. Readers can view the beta version of the indexDNA platform at citiesabc.com. As one of the developers of the indexDNA framework I am happy to provide further interested parties with information. 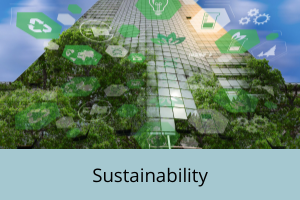