The darker sides of equity release

Releasing money from your home can have serious pitfalls for you and your lender.

Equity release gets a lot of bad press these days and, in some cases, rightly so. Misconduct in the sector ranges from the obvious, such as commission-based salespeople misleading potential customers, to the less obvious, such as rigged comparison panels, to the downright bizarre, such as when a certain well-known charity for the elderly got involved in a scam to rip off the very people it was supposed to protect.

My colleague, Dean Buckner, and I cottoned onto this scam about 18 months ago. We wrote to the person in charge advising him that we intended to go public. The appropriate response on his part would have been, ‘Thank you for bringing this to my attention. I will look into it as a matter of urgency.’ Instead, he engaged an expensive City reputation management law firm to threaten us with a defamation suit. We then resorted to Plan B: we went to contacts in the national press and a number of articles appeared, including in Private Eye and The Telegraph. There were a few solicitors’ letters flying around, and even now, the full story is not yet out. The charity in question then quietly dropped its involvement in said scam.

Look, I am not saying that equity release is intrinsically wrong, but my advice is don’t do it except for the most serious reasons. That usually boils down to being able to provide the best care for yourself or your loved ones in the event that one of you becomes incapacitated. The exceptions are usually along the lines of ‘I don’t have kids’ or ‘I don’t get on with my kids’ or ‘I don’t want to leave my home to a cat charity.’ Don’t equity release your home just to get a new patio or a new kitchen. That is just plain foolish.

But there is more. You would think that with all this – to be frank – money grubbing going on, then at least the sector would be doing well financially. It certainly seems to be. But it isn’t. In fact, most new equity release loans don’t make any profits for the lender. I confess I was astonished to discover this.

To illustrate, I recently engaged with one of these ‘We will give you an equity release quote in seconds’ adverts that infest the internet. I managed to get a quote, albeit at the expense of nuisance phone calls (phone number since changed) and a ton of unwanted emails and stuff through the post.

I then put the details through my own equity release calculator to work out the expected profit to the lender. I discovered that if I went ahead with the loan, the lender could expect to make a return of close to -1% a year. The firm was pestering me to take out a loan that would lose them almost 1% a year on the loan amount!

Tweaking around with my model, I also discovered that loans to younger borrowers were the most loss-making, and that borrowers had to be in their late-seventies or older for the loans to generate any profits to the lender.

So, what is going on? The answer comes down to the cost of guarantees or, to be precise, to the difference between the true and perceived costs of guarantees.

When Bosch sell washing machines, those machines come with guarantees and those guarantees are costly to the manufacturer. However, Bosch has a pretty good handle on those costs and factors them into the prices they charge.

The difference between Bosch and UK equity release firms is that the latter have little idea of the costliness of the guarantees they give out with their products. In the latter case, the guarantees are the no-negative equity guarantees that cap the amounts to be repaid at the maximum of the amount loaned plus interest and the value of the house at the time of repayment.

The problem is firms use a faulty valuation methodology that massively underestimates the true costs of their guarantees. They then report profits that are not there but make dividend and bonus payments as if they were. The valuation approach they use is based on an elementary error concerning the price that should be inputted into the option pricing formula – and we have a forthcoming paper in the North American Actuarial Journal debunking it.

The correct price is the forward house price, the price agreed now to give/receive delivery in the future, with payment on delivery. The price they are inputting is the future house price, which is not at all the same thing.

Typically, the forward house price will be less than the current house price, e.g. because of foregone rental income, and the future house price is greater, because house prices usually go up. The conflation of forward and future house prices is so common among actuaries that we give it pride of place in our upcoming book, The Bumper Book of Actuarial Fallacies. The firms’ approach makes as much sense as using horoscopes or chicken entrails to divine the weather.

The implications are not good. Investors such as pension funds will not receive the returns they expect, because firms have large and growing hidden losses that will only reveal themselves years down the road when anticipated future cash flows fail to come through. In the meantime, the party goes on until the roof eventually falls in. 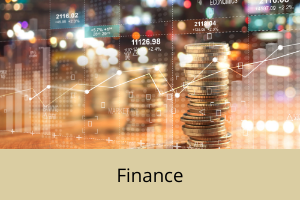