The impact of ethical leaders on today's workforce

Whether it be Enron's hiding of billions of dollars through special-purpose entities, Volkswagen's tampering of carbon emissions reporting or FIFA officials being charged for racketeering and bribery, corporate scandals in the last 10 years have highlighted ethical leadership and the impact that those at the top acting unethically can have on an organisation.

A consensus has emerged - the majority of empirical studies and meta-analyses have shown the positive effects of ethical leadership on individual and organisational outcomes, such as work attitudes and job performance. However, little is known about whether having the right influence at the top makes workers challenge others on their ethical practices - an important culture to have in organisations if they want to reduce unethical behaviours.

We were keen to understand whether ethical leadership made workers not just act ethically themselves, but more likely to call out unethical practices in the organisation too.

Working alongside colleagues from the University of Sheffield and the University of Northampton, we surveyed 1,737 UK police officers and staff and 448 professionals, asking them to rate the match of their personal ethical values to those of the organisational code of ethics, their integrity identity and the levels of ethical leadership within their teams. We also surveyed respondents on the likelihood of them raising concerns over the unethical practices of their co-workers.

From the results, we found that workers are much more likely to challenge unethical behaviour if their manager is seen as an ethical leader. Ethical leaders serve as important cues signalling the organisation's ethical values and encourage workers to internalise those values. They make salient aspects of the employees' selves that relate to ethics, such as their integrity identities.

The study shows that leaders can play an incredibly important role in their company when it comes to ethical practices. They can instil the organisation's values into their workers, and align their behaviours with these so that the level of unethical practices is minimised. If a leader instils ethics into workers and practices as they preach, it's more likely to make workers call out unethical practices.

This finding is incredibly important when it comes to creating the right company culture, where unethical practices are challenged by co-workers, not just by leaders.

How can leaders go about creating an ethical culture?

Organisations can encourage leaders to be ethical in a number of ways. These including creating a formal set of ethical principles to help leaders clearly communicate such values to workers, instilling those principles into everyday practices and actively valuing integrity, all of which will boost workers' ethical voices within the organisation, according to the research.

Another method could be ensuring that recruitment processes prioritise hiring ethical individuals, i.e. those who will challenge and voice their opinion on unethical practices.

By fostering these values at every level of an organisation, leaders can ensure that the wider company is not tarnished by unethical practices and that there are no corporate scandals involving the actions of their workers. 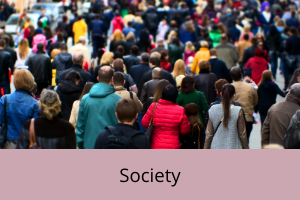