Research into public sector audit and accountability, led by Professor Laurence Ferry at the Business School, has significantly changed the United Kingdom (UK) government’s thinking and policy making, which has in turn enhanced public accountability of local government spending.

England’s local authorities are the main conduit for public expenditure in England, with a net revenue budget of over £95 billion in 2018/19, over 20% of total UK public sector expenditure. The impact of local government spending is also highly significant to other public services and the private sector, due to joint work and partnerships.

The accountability of local authority finances is of high significance to social value in terms of the social, economic and environmental wellbeing of citizens across England.

The Local Audit and Accountability Act 2014 (LAA Act 2014) was the most significant regulatory change to public audit in over three decades, bringing in ‘new’ audit and inspection arrangements for English local government and other local public bodies.

Following the LAA Act 2014, this research investigated financial resilience, value for money (VfM) and fairness in English local government, during a period when the central government operated a policy of ‘austerity-localism’, which radically changed accountability regimes for public services.

An overarching motivation for Professor Ferry’s work is that a public audit’s purpose is to create accountability for the state and democracy.

The key findings of the ‘new’ audit and inspection arrangements for English local government and other local public bodies are:

Professor Ferry then developed and presented a scoping report for the House of Commons Housing, Communities and Local Government Select Committee on accountability in local government.

Professor Ferry’s work was followed by the government of the UK ordering a major review of the Local Audit and Accountability Act 2014.

The review by Sir Tony Redmond, the only high-level review in recent years focused on public sector audit and financial reporting, made many recommendations based on Ferry’s findings.

The Redmond Review report, published in September 2020, called for a comprehensive overhaul of the current regulatory arrangements including primary legislation to establish a “new regulatory body responsible for procurement, contract management, regulation, and oversight of local audit”.

The UK Government responded in December 2020 accepting around 60% of the recommendations, with the remainder subject to further review. Ferry’s research with the public audit community has also translated into changes to the National Audit Office (NAO) Code of Audit Practice.

The effect of the changes in government thinking, the Redmond review and the NAO Audit Code will radically improve the financial resilience of Local Authority spending and its value at a local level. 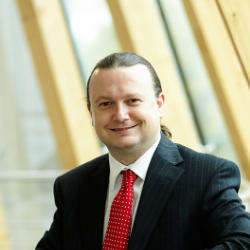