Police forces play an important role in society and are unique agencies in that they have exceptional powers. Reduced funding in recent years has seen many UK police forces have fewer employees.

With funding cuts to other social agencies, police, as the service of last resort, have faced increased demand. Understandably, there are growing concerns for the wellbeing and motivation of police officers and staff.

Professor Les Graham led the Durham University policing research project which has expanded rapidly from impacting a single police force to involving all 43 Home Office police forces within England and Wales, the Police Service of Northern Ireland, the British Transport Police and the Ministry of Defence Police.

Policing staff, as public sector workers have high levels of public service motivation (PSM). While a high level of PSM is beneficial to the public, society, and organisations within which they work, there can be costs to individuals’ home life and wellbeing due to them overinvesting their personal time and energy into their work.

The findings suggest that as work demands increase, the adoption of supportive Human Resource Management practices can lessen these negative effects on employees.

The main aim has been to build a shared body of evidence-based rigorous research in police forces that can inform both local decision-making within police forces and national policing policy. This was achieved through large scale surveys of the workforce with the findings replicated and legitimised by the other forces involved in this project.

As a result, the research has: 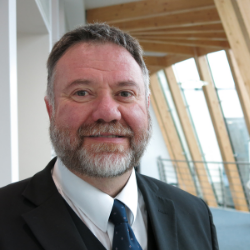