Financial literacy as a national strategy

Professor Dennis Philip and Professor Panayiotis Andreou, researchers at the Centre for Banking, Institutions and Development (CBID) at the Business School, have undertaken important research to understand the many sides and roles financial literacy has in a household’s financial behaviour focused on the national context of India and Cyprus.

In 2016, following several years of research and collaboration, the University signed a Memorandum of Understanding (MoU) agreement with the Indian Government’s National Centre for Financial Education (NCFE) to undertake research to measure and map India’s financial literacy levels.

The project involved designing and analysing India’s nationally representative financial literacy survey, along with the Organisation for Economic Co-operation and Development (OECD) guidelines. Factors were then examined to explain the lack of financial awareness about the existence of (basic to advanced level) financial products and the limited ownership of financial products.

The project in India led to specific research in Cyprus and a substantial contribution to the assessment of financial education policy in Cyprus.

A full-scale survey was undertaken among Cypriot university students for the first time in 2016, prompted by the anecdotal evidence of a lack of financial knowledge, with the aim of starting a financial education policy debate in Cyprus.

The study utilised previous research experience to undertake fieldwork and gather data from Cypriot students aged between 18-24. Students from the five biggest Cypriot universities, representing 80% of all Cypriot students, participated in the survey.

The findings of the research showed very low levels of financial literacy (lower than the OECD average) among the younger generation in Cyprus, resulting in a lack of understanding of credit card debt and fraudulent investments (Ponzi schemes). The research also highlighted the lack of financial education and training in schools and universities.

It was recommended that a nationally representative survey should take place for the whole population.

The research in Cyprus provided an important evidence base for collaborating with the Central Bank of Cyprus (CBC) to develop the first national strategy for financial education in Cyprus.

The findings were discussed at three high-level policy gatherings at the CBC and extensively covered in the national media; this has led to grassroots public organisations, municipalities, commercial banks, economic associations and educational institutions responding with new initiatives such as financial awareness programmes and financial literacy skills development courses for the public.

Professor Dennis Philip and Professor Panayiotis Andreou are part of the ad-hoc scientific committee advising the articulation and implementation of the National Strategy for Financial Education in Cyprus. 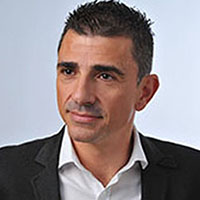