Loïc studied Chemistry (BA) and Environmental Geosciences (MA) in Paris. After graduating in Water Sciences speciality, he started his Ph.D. at the University of Pierre et Marie Currie (Paris) about interactions between freshwater food web ecology and organic geochemistry. During his Ph.D., he started to use lipid biomarkers to identify ecological processes and freshwater species.

From the completion of his Ph.D. in September 2012 to March 2015, Loïc has undertaken a Post-Doctoral Research Associate position in Rennes (France) with Dr. Emilie Jardé and Dr. Laurent Jeanneau. Within the Riskmanche project, funded by the European programme Interreg, his role was to track faecal contamination sources in the environment thanks to faecal lipid biomarkers.

He then joined the University of Aberdeen (Scotland) in May 2015 as a Post-Doctoral Research Associate in the Department of Archaeology, working with Dr. Karen Milek (Geoarchaeology), Pr. Lorna Dawson (James Hutton Institute) and Pr. David Anderson (Anthropology) on the JPI Climate- and ESRC-funded Humanor project. As geochemist and newly inducted geoarchaeologist, he is lipid biomarkers and other methods (inorganic chemistry, GIS, etc.) to identify the presence of different mammals in archaeological sites to help understanding past and current lifestyle of nomadic people from northern Europe (Siberia and Sweden).

He moved to the Department of Archaeology of Durham University in 2017 to keep working on the Humnor proect with Karen Milek.

Loïc was hired as Assistant Lecturer at the Department of Biogeogemistry of the Sorbonne Université in Paris (UMR 7619 Metis) between for the 2018-2019 academic year and gave courses in geosciences and archaeochemistry, while pursuing its research on the application of organic geochemistry to archaeology.

Since September 2019, Loïc is back to the Department of Archaeology of Durham University as PDRA to work with Karen Milek on the Leverhulme funded 'COHABIT' project, for which he is developping the analysis of lipid biomarkers and faecal biomarker to reconstruct human-animal relationships and the organisation of social spaces during the Icelandic Viking Age. He is mainly conducting his research duties from the Metis lab at Sorbonne Université where he is hosted as Invited researcher. 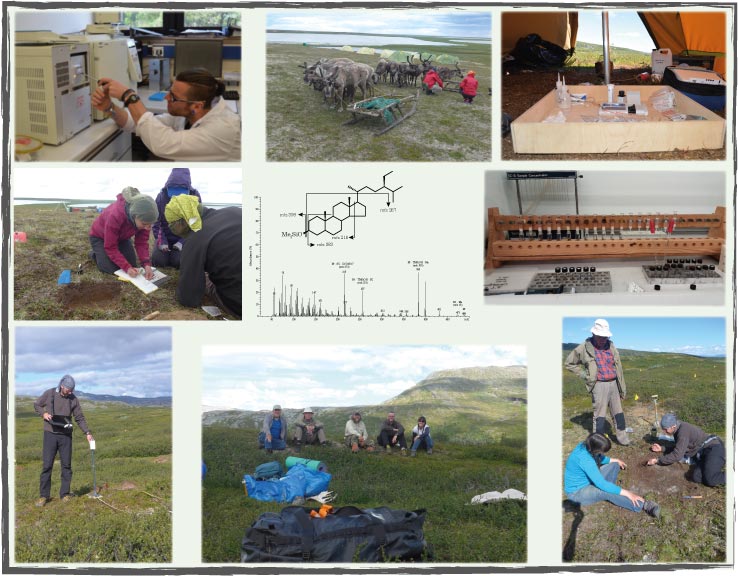