How Nazi Germany’s elite schools used British public schools as 'models' during the 1930s, cultivating connections with them through a series of student and staff exchanges, is revealed in a new book.

The first ever comprehensive history of these elite schools, which were set up to train the future leaders of the Third Reich, sheds fresh light on the story of these public school exchanges.

The book, by Dr Helen Roche from our History Department, draws on research undertaken in 80 archives in six countries worldwide, as well as eyewitness testimonies from over 100 former pupils.

It shows that between 1934 and 1939, pupils from the most prominent type of National Socialist elite school, known as Napolas, took part in a series of exchanges and sporting tournaments with boys from British public schools, including Eton, Harrow, Winchester, Westminster, Rugby, and the Leys School in Cambridge.

The Napola pupils who took part in these exchanges were seen as performing the function of ‘cultural ambassadors’ for the ‘new Germany’.

The research shows that the British public schools had long been perceived as an important model for the Napolas, or Nationalpolitische Erziehungsanstalten (NPEA). The Napola authorities wanted to learn from the British system, but ultimately hoped to create a superior model for their own schools.

Archives show that the second Inspector of the NPEA, August Heißmeyer, often praised the ‘character-forming’ education of the British public schools as a model for the Napolas.

He believed that ‘after such trips, the young man will see Germany with new eyes; he will return rich in experiences; his horizons will be broadened...; he will detect weaknesses at home which he must help to remedy. He will learn to love his Fatherland more deeply.’

One of Dr Roche’s interviewees, Frank T, an English eyewitness who took part in the exchange programme, commented: “I can remember coming away and thinking that we had a lot to learn from the high motivation of the German students and their belief in the superiority of the German race. In comparison we seemed to have little motivation.”

The historical records show that the attitudes of the boys and masters to each other changed over time as relations between the two countries deteriorated.

The first three Napolas were founded in 1933 as a birthday present for Hitler by the then Prussian Culture Minister, Bernhard Rust. By 1945, there were over 40 Napola schools established throughout the ‘Greater German Reich’, including four for girls.

The research also shows that the Napolas were much more effective at indoctrinating their pupils politically than normal civilian schools, the Hitler Youth, or other Nazi educational institutions such as the Reich Labour Service.

This was largely due to the pupils attending from a very young age, and the highly segregated nature of their boarding-school environment, in which the school authorities were able to control their students and separate them from other potential influences such as the parental home. Pupils and staff at the Napola in Ballenstedt prepare for a football match with a public school team from the UK, spring 1937. Photo credit: N/a 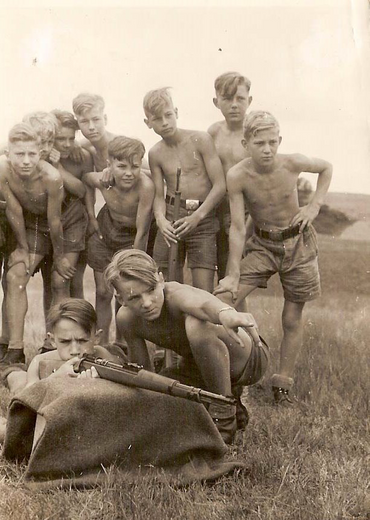 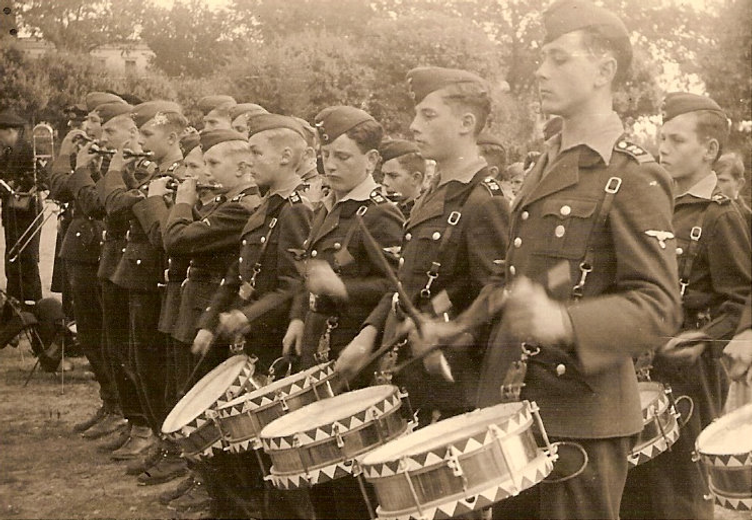