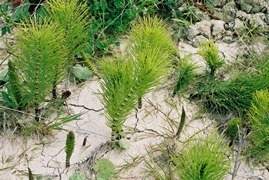 Over recent years isotope geochemistry has been dominated by technical developments in mass spectrometry that have enabled the study of elements that previously could not be measured to a high precision, and measurements of the very highest precision on ever smaller samples. The advent of multi-collector ICP mass spectrometry (MC-ICP-MS) has resulted in enormous progress on a number of different fronts. These instruments offer a reasonable overall transmission efficiency for all elements (1 to 2 ions for every 1000 atoms in sample) and good analytical precision (20-30 ppm relative errors) and permit rapid sample analysis. However, for many elements, the transmission efficiency of MC-ICP-MS does not approach the ionisation efficiency for thermal ionisation mass spectrometry (TIMS) (e.g. for Os 25-30 ions for every 100 atoms loaded on the filament). Thus, TIMS instruments, particularly in the field of negative thermal ionisation and for very small samples, still have a significant role to play.

In Durham, we are one of the few laboratories world-wide to have embraced the best that both of these techniques have to offer and we have recently invested in new facilities for chemistry and mass spectrometry that are shared on an open-access basis, both within the Department and across the University. For precise isotope measurement, we have two TIMS (Thermo Fisher Triton) and two MC-ICP-MS (Thermo Fisher Neptune) instruments.

These instruments combine the ionisation efficiency of an inductively coupled plasma (ICP) source, which can attain temperatures of ca 8000 K, with the high precision and accuracy of measurement offered by a magnetic sector multi-collector analyser. As a result, many elements that could not be easily measured for their isotope compositions because of their high ionisation potentials (such as Hf and the transition elements) can now be measured to high precision. Furthermore, MC-ICP-MS instruments can be used with a range of sample introduction systems, such as laser ablation, which provides micron-scale spatial resolution and hydride generation, which permits analysis of elements such as Ge, Hg and Se.

In the Arthur Holmes laboratories, we have two Thermo Fisher Neptune MC-ICP-MS, one a next-generation model (Neptune Plus) that arrived in Summer 2013. The current Neptune has been successfully used for the measurement of conventional radiogenic (Sr, Nd, Hf, Pb and Os) and novel stable (Fe, Sr, Mo) isotopes, and pioneering laser-ablation measurements of S in ion-exchange gels and Pt and Os isotopes in metal alloys. The new instrument offers over an order of magnitude increase in sensitivity for certain elements which allows us to further extend our analytical capabilities.

Thermal ionisation mass spectrometry has seen spectacular progress over the past 30 years, brought about by automation, advances in solid state electronics, multi-collection techniques and filtering, not to mention advances in the ‘savoir faire’ of those using these instruments. Consequently, it is now possible to measure isotope ratios for elements such as Sr or Nd with a precision better than 10-5 on sample sizes of a nanogram or less using TIMS. For those elements that are not abundant in nature, such as Os, one of the fundamental limitations for analysis is how many of the atoms present in the sample are effectively measured. With the development of negative-TIMS techniques for Os it is now possible to measure some 25% of the atoms present in the sample, and since that time progress in low-blank chemistry has enabled the measurement of exceptionally small samples. As an illustration, it is now possible to measure the isotope composition of Os in 50 mls of seawater with a concentration of ca. 10-14 g of Os per gram of seawater.

These advances have been paralleled for a number of other elements of interest, such as Sr, Nd, Pb and Th-U series isotopes. Thus, TIMS instruments, particularly in the field of negative thermal ionisation, and for particularly small samples, play a fundamental role in modern isotope geochemistry. With the advent of isotope double-spike techniques, these advances can now be extended to explore the stable isotope variations of elements previously only studied for their radiogenic isotope compositions, such as Sr.

At present the Arthur Holmes laboratories have two Thermo Fisher Triton instruments. One is largely dedicated to the measurement of Nd, Sr and Pb isotopes, and negative ionisation (N-TIMS) analysis of Os isotopes. The second Triton is dedicated to ultra high-precision isotope ratio measurements on small samples.

The trace element laboratory is equipped with three ICP-MS instruments, including a fast scanning high resolution (Element 2), and low noise collision cell (Thermo XSERIES 2) instruments, and an Elan 6000, all for the determination of trace elements at the ppb and sub-ppb concentration levels. We also have an Optical (OES) ICP (ThermoFisher iCAP 6500) recently installed (June 2013).

We have facilities for both solution analysis and laser ablation of solid samples using a New Wave UP-193 laser system. In solution mode, the instrument is routinely capable of determining the concentrations of a wide range of minor and trace elements down to ppt concentrations (equivalent to ppb concentrations in solid rock samples) with a precision of better than 3%. However, precision and detection limits can be improved significantly for specific elements using isotope dilution, alternative sample introduction systems and by varying the plasma conditions as in shield torch and cool plasma modes. Detection limits for laser ablation are ~10 ppb for most lithophile trace elements using a beam diameter of 20µm, although ablation under He can reduce detection limits further, by up to an order of magnitude.

The Stable Isotope Biogeochemistry Laboratory (SIBL) is equipped with a ThermoScientific MAT 253 and ThermoScientific Delta V Advantage gas-source mass spectrometers for the measurement of stable isotope ratios in geological, biological, archaeological and environmental samples. Peripheral devices on the Delta V Advantage comprise a fully automated Thermo TC/EA for isotopic analysis of solid samples for O and H, and a COSTECH elemental analyser for isotopic analysis of C and N. The MAT 253 is equipped with a Thermo Gas Bench II for the isotopic analysis of carbonates. The laboratory is also equipped with a Los Gatos Research Inc. Liquid Water Isotope Analyser (LWIA) spectroscopic instrument (DLT-100 LGR) that can perform low-cost rapid analysis of H and O isotope ratios in water. In addition, the laboratory has a dedicated COSTECH elemental analyser for the determination of elemental abundances (CHNO) in solid samples.

SIBL also has a range of supporting equipment for the preparation and characterisation of samples prior to isotopic analysis.

The Sir Kingsley Dunham Palaeoclimate Laboratory is housed in Durham University’s Department of Earth Sciences, and is equipped with a state-of-the-art New Wave micromill capable of milling stalagmite samples at a micron-scale resolution. The lab is also equipped with a Proxxon micromill that is primarily used for lower resolution (annual-scale and greater) sampling. Milled samples are weighed out using a Mettler Toledo 6 figure XS3DU Microbalance. The lab also benefits from a super clean water system and two fume hoods. 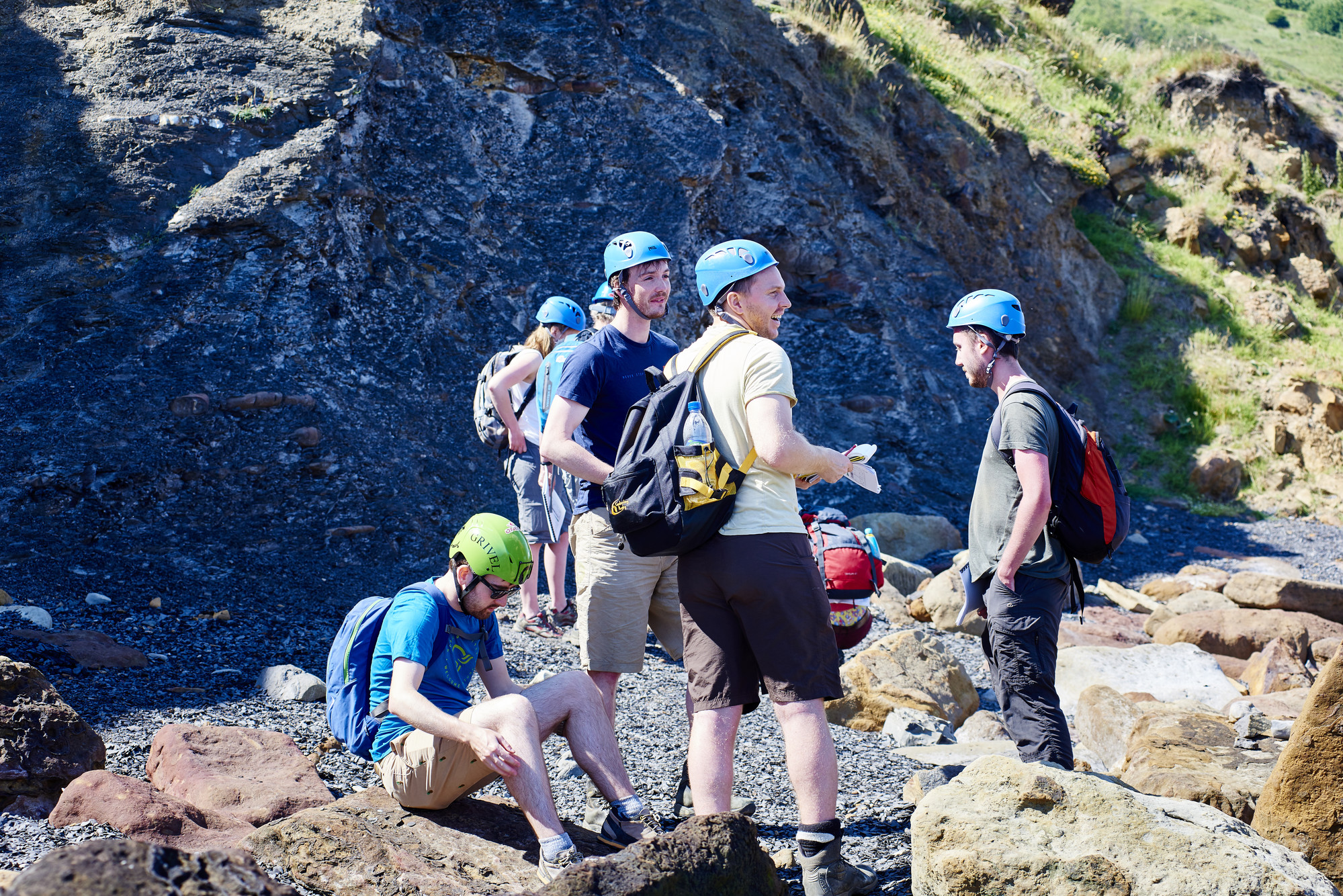