Human Cloning and Stem Cell Research Through the Medium of Law

Durham CELLS is running an interdisciplinary project to engage 16-18 year old students in learning about two exciting areas of biomedical science. Events took place on stem cell research in 2014, and on human cloning and mitochondrial donation in 2015. Students studying AS and A levels from four local schools took part in law-in-action workshops to experience how our society debates controversial issues.

This project ran for 36 months from 1/02/14 to 1/02/17 and was funded by a Wellcome Trust People Award. The project research is currently being written up for publication in academic journals.

The projects outputs include activity packs and articles in journals.

Ethical Rationalism and the Law

What role does reason play in determining what, if anything, is morally right? 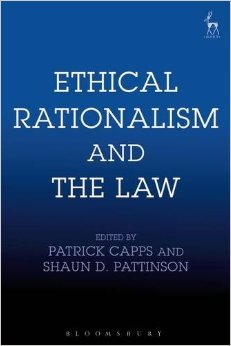 What role does morality play in law? Perhaps the most controversial answer to these fundamental questions is that reason supports a supreme principle of both morality and legality. This project seeks to cast a fresh critical eye over the coherence of modern approaches to ethical rationalism within law, and reflect on the intellectual history on which it builds. The project will then take the debate beyond the traditional concerns of legal theory into areas such as the relationship between morality and international law, and the impact of ethically controversial medical innovations on legal understanding.

In October 2015, a group of scholars in law and philosophy gathered to consider these issues. This conference was jointly funded by Durham CELLS and the University of Bristol Law School and held in the Senate Rooms of Durham Castle.

Use discount code CV7 to get a 20% discount at checkout on publisher's website.