Spiritual Writings from the Low Countries (1200-1550): Context, Influence and Transmission

The primary focus of this research strand is the study of religious texts written (mostly) in Middle-Dutch, Latin or (occasionally) French in the Low Countries in the period 1200-1550.

As one of the most urbanized and economically advanced areas of Europe in the period 1200-1550, present-day Flanders and Holland were the scene of significant social changes and origin of influential religious movements—from the beguines in the thirteenth century to the late-medieval Catholic reform movement known as Devotio Moderna, of which The Imitation of Christ is the most celebrated exponent.

Between the mulieres religiosae (Hadewijch, Beatrice of Nazareth, Marguerite Porete, etc.) of the thirteenth century and the Modern Devotion of the late-medieval period we find the most important spiritual writer of the Low Countries, namely Jan van Ruusbroec (1293-1381) whose influence extended (directly or indirectly) throughout Europe, i.e., on English (Benet of Canfield), Spanish (John of the Cross), and French (Cardinal Pierre de Bérulle) schools of spirituality. The medieval spirituality of the Low Countries found a late expression in De Evangelische Peerle [The Evangelical Pearl], published in 1538 in Antwerp, with many translations (e.g., Latin, 1545; French, 1602; German by Angelus Silesius in 1676). This book, written by an anonymous female author, synthesizes the traditions of the medieval Flemish and Rhineland schools of spirituality and passes them on to the modern era.

Despite their major historical significance, these writings remain, by and large, understudied, mainly because of linguistic obstacles and lack of access to primary sources. The research strand will therefore offer a platform for the study of religious literature from a region that was at the forefront of many societal and religious developments, which resulted in a fascinating corpus of texts that is unique on a European level and that touches on an enormous variety of notions that call for further research (vernacularisation of theological knowledge, practices of religious reading, etc.).

Our aim is to further the knowledge of this corpus of texts in the English-speaking world by conducting research on the original texts, their context and broader cultural influence, and making translations available through publications in print and on-line.

The influence of these religious writings on the extraordinary cultural developments in the south of the Low Countries throughout the 15th and 16th centuries in the world of painting (The Flemish Primitives – Jan van Eyck, Rogier van der Weyden, Hans Memlinc, Hugo van der Goes, Jeroen Bosch) and music (Flemish Polyphony –Johannes Ockeghem, Josquin Deprez, Jacob Obrecht, Orlando di Lassus, Adriaan Willaert, etc.) has hardly been studied.  The board of our research strand therefore also includes art historians who are interested in the study of the relationship between texts, images, and music. 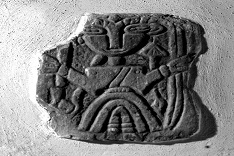