A selection of books recently authored by CNCS Members is shown below. 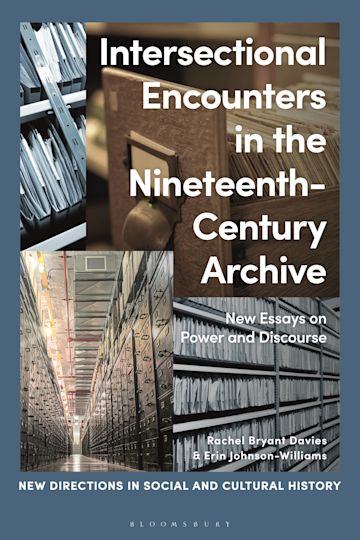 Each contribution grapples with these questions from a range of perspectives: Musicology, Classics, English, History, Visual Culture, and Museums and Archives. The result is far-reaching historical excavation of archival experiences. 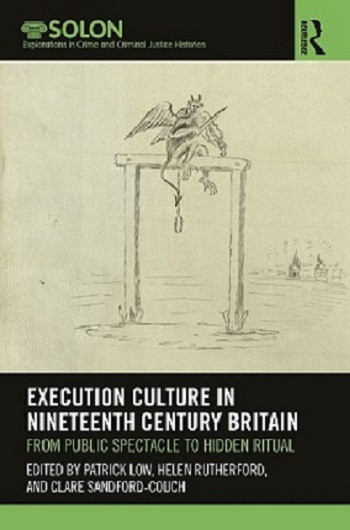 the UK, many specifically related to the fundamental change in capital punishment culture as the execution moved from the public arena to behind the prison wall. By examining a period of dramatic change in punishment practice, this collection of essays provides a fresh historical perspective on nineteenth century execution culture, with a focus on Scotland, Wales and the regions of England.

From Public Spectacle to Hidden Ritual has two parts. Part 1 addresses the criminal body and the witnessing of executions in the nineteenth century, including studies of the execution crowd and executioners’ memoirs, as well as reflections on the experience of narratives around capital punishment in museums in the present day. Part 2 explores the treatment of the execution experience in the print media, from the nineteenth and into the twentieth century. 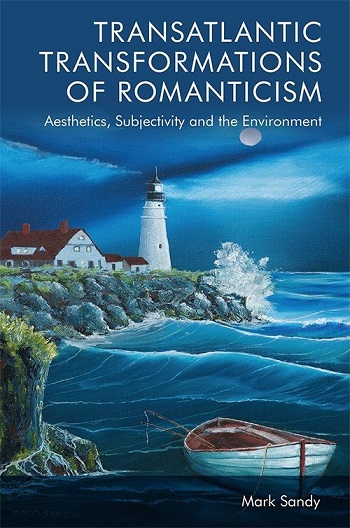 This book provides innovative readings of literary works of British Romanticism and its influence on twentieth- and twenty-first-century American literary culture and thought. It traverses the traditional critical boundaries of prose and poetry in American and Romantic and post-Romantic writing. Analysing significant works by nineteenth-century writers, including Ralph Waldo Emerson, Henry David Thoreau and Emily Dickinson, as well as the later writings of William Faulkner, F. Scott Fitzgerald, Saul Bellow, Toni Morrison and Wallace Stevens, the book reasserts the significance of second-generation Romantic writers for American literary culture. Sandy reassesses our understanding of Romantic inheritance and influence on post-Romantic aesthetics, subjectivity and the natural world in the American imagination.

This volume reflects on the ghostly and its varied manifestations including the uncanny, the revenant, the echo, and other forms of artistic allusion. These unsettling presences of the spectral other occur in literature, history, film, and art. The ghostly (and its artistic, literary, filmic, and cultural representations) remains of burgeoning interest and debate to twenty-first century literary critics, cultural historians, art historians, and linguists. Our collection of essays considers the wider implications of these representations of the ghostly and notions of the spectral to define a series of different, but inter-related, cultural topics (concerned with questions of ageing, the uncanny, the spectral, spiritualism, eschatology), which imaginatively testify to our compulsion to search for evidence of the ghostly in our everyday encounters with the material world 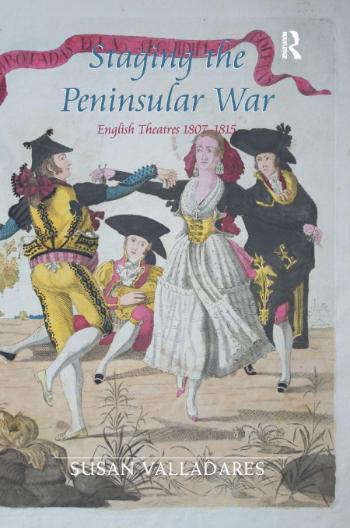 From Napoleon's invasion of Portugal in 1807 to his final defeat at Waterloo, the English theatres played a crucial role in the mediation of the Peninsular campaign. Exploring the role of spectacle in the mediation of war and the links between theatrical productions and print culture, Staging the Peninsular War argues that the popularity of theatre-going and the improvisation and topicality unique to dramatic performance make the theatre an ideal lens for studying the construction of the Peninsular campaign in the public domain. Without simplifying the complex issues involved in the study of citizenship, communal identities, and ideological investments, this book recovers a wartime theatre that helped celebrate military engagements, reform political sympathies, and register the public’s complex relationship to the Napoleonic Wars more generally. Its long appendix takes the form of Calendars of productions at Covent Garden, Drury Lane and Bristol Theatre Royal for the years 1807 to 1815 and provides a valuable resource for researchers working in all aspects of theatre history during this period.

This monograph revisits Uruguay’s emergence as Latin America’s first welfare state democracy, associated with President José Batlle y Ordóñez (1903-7, 1911-15) and his Krausist leanings. Central to Uruguay’s belated polity formation and nation building was its school reform, destined to erase frontier backwardness. It started with the foundation of the Society of the Friends of Popular Education in 1868, culminated in José Pedro and Jacobo Varela’s transformation of primary and normal schooling in the 1870s and 1880s, and was driven by US liberal pedagogy and Spencerian positivism. Batllistas distanced themselves from the Varelas since they had lent their services to military dictators. Yet, as Hentschke argues, continuity in change prevailed over the rupture of 1903, with positivism and neo-Idealism interacting in the continuation of the education reform. By placing Uruguay into the broader context of what scholars have called the “Corridor of Ideas” from Santiago de Chile through Buenos Aires and Montevideo to Porto Alegre, Hentschke shows how the country acted as a crossroads of intellectuals and a laboratory for the contestation, assimilation,
and merger of global and autochthonous political and pedagogical philosophies 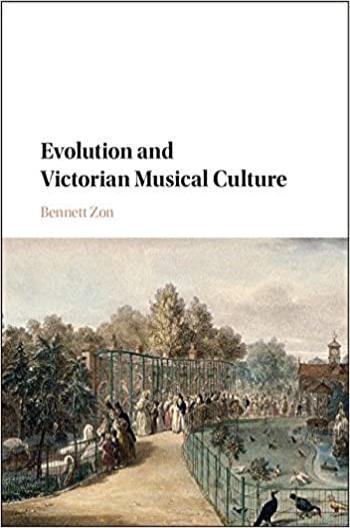 This engaging book explores the dynamic relationship between evolutionary science and musical culture in Victorian Britain, drawing upon a wealth of popular scientific and musical literature to contextualize evolutionary theories of the Darwinian and non-Darwinian revolutions. Bennett Zon uses musical culture to question the hegemonic role ascribed to Darwin by later thinkers, and interrogates the conceptual premise of modern debates in evolutionary musicology. Structured around the Great Chain of Being, chapters are organized by discipline in successively ascending order according to their object of study, from zoology and the study of animal music to theology and the music of God. Evolution and Victorian Musical Culture takes a non-Darwinian approach to the interpretation of Victorian scientific and musical interrelationships, debunking the idea that the arts had little influence on contemporary scientific ideas and, by probing the origins of musical interdisciplinarity, the volume shows how music helped ideas about evolution to evolve. 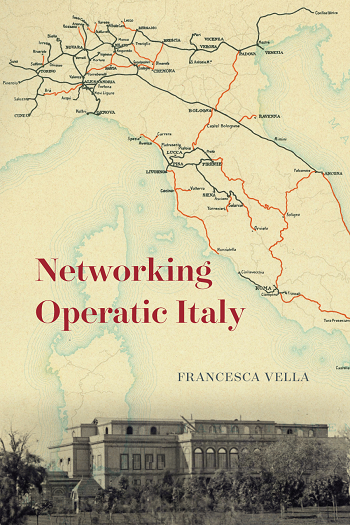 Opera’s role in shaping Italian identity has long fascinated both critics and scholars. If the romance of the Risorgimento once spurred analyses of how individual works and styles grew out of and fostered specifically “Italian” sensibilities and modes of address, more recently we have discovered the ways in which opera has animated Italians’ social and cultural life in myriad local contexts.

Networking Operatic Italy reexamines this much-debated topic, foregrounding mobility and networking. Focusing on the 1850s to the 1870s, when Italians coalesced into a single political body, Francesca Vella asks how, where, and why opera traveled on the peninsula, and what this mobility meant for the artform, Italian cities, and Italy itself. As well as retracing its continued dissemination through newspapers, wind bands, and singular human voices, Vella explores the trajectories opened up for opera by new technologies of transportation and communication, such as the railway and the telegraph. Ultimately, her book sheds light on the vibrancy and complexity of nineteenth-century Italian operatic cultures, challenging many of our assumptions about an often exoticized country.

Members of the Centre