How to Report a Hate Crime

What are hate incidents and hate crime?

Hate incidents and hate crime are acts of violence or hostility directed at people because of who they are or who someone thinks they are.

The police and Crown Prosecution Service have agreed a common definition of hate incidents. They say something is a hate incident if the victim or anyone else think it was motivated by hostility or prejudice based on one of the following things: disability, race, religion, transgender identity and sexual orientation.

This means that if you believe something is a hate incident it should be recorded as such by the person you are reporting it to. All police forces record hate incidents based on these five personal characteristics. Anyone can be the victim of a hate incident. For example, you may have been targeted because someone thought you were gay even though you are not, or because you have a disabled child.

When hate incidents become criminal offences they are known as hate crimes. A criminal offence is something which breaks the law of the land. Any criminal offence can be a hate crime if it was carried out because of hostility or prejudice based on disability, race, religion, transgender identity or sexual orientation.

When something is classed as a hate crime, the judge can impose a tougher sentence on the offender under the Criminal Justice Act 2003.

Examples of hate incidents and hate crimes can be accessed here.

George the Poet on hate crime

The Equality and Human Rights Commission have produced this short film with spoken word artist George the Poet where he explores the different elements of hate crime and why it is critical for us all to challenge intolerance and report incidents of hate crime.

Further information can be found here

How to report a hate crime?

If it is not an emergency situation (often where there is no immediate or ongoing threat or danger), you can call 101 or attend Durham Police Station which is at New Elvet.

Durham Constabulary (Police) also has a webpage devoted to Hate Crime and can be accessed here. You can also report to the Police online at http://www.report-it.org.uk/home

You can also go to the Durham Citizens Advice; they act as a Third Party Reporting Centre and can work with other local organisations to make sure you get all the help you need.

Where can you go for support?

The University has many support pathways available to students and staff that have experienced a hate incident.

Students should seek support from college tutors or welfare officers, staff in their academic department, the University’s Counselling Service or the Students’ Union.

Staff should speak to their line-manager, their HR Business Partner or Advisor, a member of the EDI Team or a member of the Harassment Network. Support which is available will be discussed including access to Occupational Health and Counselling, as well as practical support and advice on reporting and dealing with hate crime.

There are also a number of external organisations that can offer specific support for anyone who has been a victim of hate crime. Details of some of these organisations can be accessed here.

The Hate Crime Advocacy Service (HCAS) works directly with victims and witnesses of hate crimes and incidents to support them through the process of prosecution. It can also offer help to deal with the crime to which they have been subjected.

Victims or witnesses of a hate crime can obtain free, confidential support by email hcasdurham2017@gmail.com or call 01325 267359

The University has pledged its support to the ‘Hate Hurts’ campaign, which is being led by the local Police, Crime and Victims’ Commissioner and brings together representatives of business, sport, education and faith communities. The campaign aims to inform people about hate incidents, encourage victims and witnesses to report it and celebrate initiatives that promote tolerance and cohesion.

Further information about the campaign may be found here. 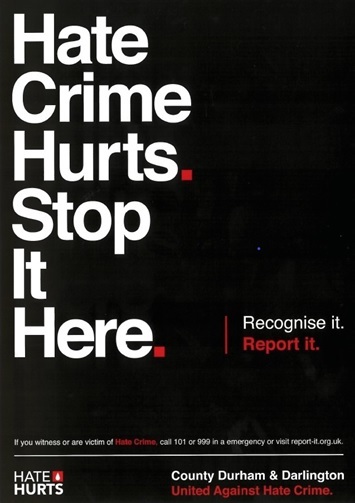 We take reports of bullying and harassment, hate incidents, sexual misconduct and domestic abuse seriously. All staff, students and visitors to our campus are able to use this online tool.
Visit Report + Support 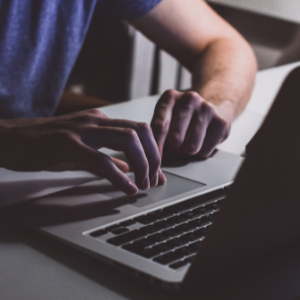