Team Durham are proud to boast the skilled, elite workforce that is built up around our athletes here at Durham to support them to be the best that they can be. Support staff ranges from handpicked strength and conditioning coaches, performance lifestyle coaching, a knowledgeable nutritionist, a physiotherapy team and sports doctor. The athletes wouldn't represent the world podium today if it wasn't for the team behind the scenes, with endless time and support given to both the teams and the coaches. 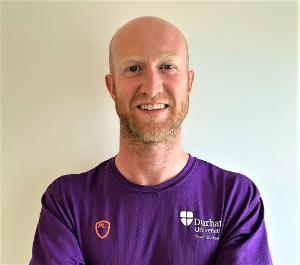 Luke has worked as a UKSCA accredited Strength and Conditioning Coach here at Durham since time began, supporting with a plethora of sports and has an exceptional knowledge-base within his remit of work. Luke holds big-alumni names to his title, including Commonwealth Games athletes such as Fiona Crackles, Ollie Payne and Jack Waller, who have all gone on to dominate England Hockey. At present, Luke's role includes supporting hockey, volleyball and American football.
Luke's role also includes mentoring interns and placement students, influencing those aspiring to become S&C coaches. 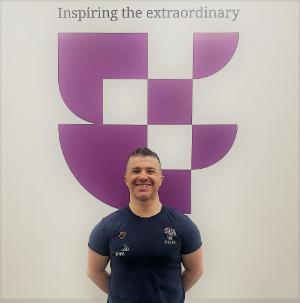 In his 14 years at Durham, Jon has supported the coaching team in producing DUBC athletes to elite standard and Olympic-level, as well as supporting men's rugby, weightlifting and Hartlepool Utd as an UKSCA accredited coach. Jon has strength trained recreationally since he was 15, and has found the job of his dreams at Team Durham, who have invested in his education and development, which is something he gives back to the team time and time again. In particular, Jon enjoys the combination of high academic achievement and high sporting achievement fostered at DUBC, and he believes that this makes the club a special and beautiful place.

Jon aims to annually produce rowers who perform at BUCS, and are capable of feeding into, and tolerating, the GB U23 Rowing Programme, something that he consistently and passionately succeeds in doing. "Little Jon" has spread far and wide, impressing British Rowing and Team GB with his personable approach and impressing senior colleagues within governing bodies, demonstrating his exceptional knowledge base and unparalleled commitment to athlete development. Jon is an asset to Durham, with a big heart and passion for sport. 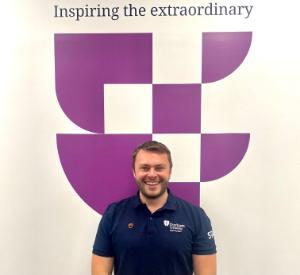 Venturing all the way from South Wales, UKSCA accredited coach Jamie has been a crucial element to Durham University Rugby Club for almost half a decade, as well as coaching strength and conditioning to Durham University's Cricket Club. In his spare time, Jamie is a lecturer in Strength and Conditioning at Middlesbrough College and has recently embarked on the role of S&C Coach for England Rugby Students. In previous roles, Jamie worked for Hockey Wales, inspiring a team of senior women as well as National Age Grade Girls, on their road to success in Hockey.
During his time here at Durham, one of Jamie's greatest achievements has been supporting the squads who won the BUCS Super Rugby League in two consecutive seasons, along with winning the BUCS Seven's Championship in 2018 and 2022. Reflecting on his fond memories working with DURFC, Jamie has loved the Saturday morning S&C sessions with the 2021-2022 squad, watching the team reap the rewards of their hard work off the field. His greatest memories include beating Leeds Beckett to win the league in 2020, and watching the 1st XV perform to incredibly high levels during the 21-22 season. We are excited to see more from Jamie in the 2022-2023 season, particularly on his pathway through his PhD. Jamie's enthusiasm, delivery skills and personable approach to coaching encourages athletes day-in-day-out to come and be the best they can be at Durham.

Aside from Ellie's role coaching the Women's First Team (read here) and playing professionally for Durham Women's Football Club, Ellie is also pivotal to the coaching structure within the Strength and Conditioning Team. Ellie has predominantly worked with women's rugby, volleyball and women's lacrosse during her time as an S&C coach. Her greatest achievements so far in this role include seeing DUWRFC crowned BUCS National Premier League Champions (2021-22), as well as seeing the club reach the BUCS National Championship final in 2018 at Twickenham Stadium. Another huge highlight was seeing DUVC win the BUCS National Championship in March 2022. Ellie's successes and determination are a testimony to the work she puts into all of her roles here at Durham. Kara has four years of experience under her belt as a UKSCA accredited coach, and has recently committed to Team Durham full-time as a Strength and Conditioning Coach. Kara's greatest achievement so far in her role has been working with a member of Wheelchair Fencing, who has been on their quest to reach the Paris 2024 Paralympics. Kara also has 5 years experience playing in the Women's British Basketball League (WBBL), representing Durham Palatinates and making two finals during the 2019-2020 season, whilst maintaining her S&C role.
Performance Lifestyle Coach 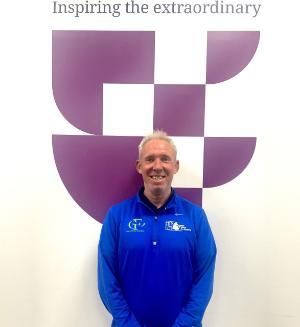 Graeme, owner of GF International Solutions, has over 20 years experience coaching grassroot to internationally ranked juniors over 5 countries. Graeme works at Durham with both our athletes and our coaches, under the remit of coach education and development, as well as lifestyle management. Part of Graeme's role is fulfilling the potential of performance athletes, recognising their successes and supporting through their failures. Further to his role, Graeme is an ambassador for Clean Sport and the 100% Me Campaign, delivering important information to Team Durham's athletes. Graeme works within the world of performance coaching, mentoring, lifestyle and psychology and uses his breadth of experience with a variety of clients in his work as a Performance Consultant. With the help of Graeme, Durham's athletes are able to develop a strong mindset as they move through challenges at top level sport, and are supported as they reach their sporting potential. 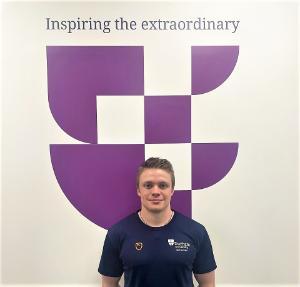 A recent member to the Team Durham family, Dan's background into sport includes professional rugby, adventure sport and Rugby 7s. Dan's our nutrition know-it-all, supporting athletes of all ages from grassroot level to performance. Dan's greatest sporting achievement to date in his role was watching an athlete he had worked extensively with in the past, win multiple gold medals at World Championship level, then go onto the World podium Pathway and Olympic Squad for para-powerlifting.
If you get the opportunity to chat to Dan about nutrition, make sure you have hours spare. His knowledge and passion to nutrition is unsurpassed, and ethos to goal-setting is exceptional.
Physiotherapy 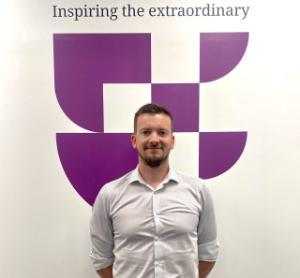 Ryan qualified with a MSc in physiotherapy and has over several years experience working within the field, with a previous BSc in sports rehabilitation. His commitment to CPD is exceptional, successfully undertaking a range of additional accredited postgraduate courses and qualifications such as a PgC in manual therapy and acupuncture for pain relief, pitch-side and sports trauma management and suturing and wound management. Ryan has a wealth of experience in treating athletes and has worked with sports teams and also athletes at the Commonwealth games in Glasgow and the European Games in Baku.

Ryan has been involved with Maiden Castle Physiotherapy since it was established in 2015, seeing it's reputation grow from strength to strength within the region’s sporting community since then.  Since his inauguration of the role, Ryan has worked as lead physiotherapist for Durham University Hockey Club and Durham Palatinates Women's Basketball League Team.  Other key external positions he has been fortunate to have held have been Medical Lead for the Durham DMP Sharks and Physiotherapist for Wales Women’s Hockey.

Ryan's greatest achievement in his time here at Durham was during rehabilitating one of Team Durham's Men's Basketballers following an Achilles' rupture repair. With the athlete's grit and determination, and Ryan's wealth of knowledge, the athlete progressed from out for the season, to playing a few minutes in the team's championship semi-final. It was an unforgettable experience for Ryan witnessing his enjoyment being able to return to that level of competition following such a significant injury. 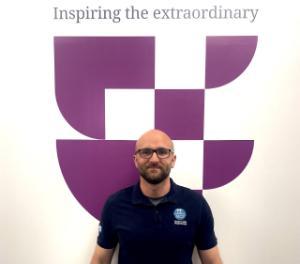 Shane is a relatively new member of staff amongst the Maiden Castle Physiotherapy team this year. As an athlete, Shane competed to a National standard in Swimming, 50m Freestyle being his main event. Excitingly, Shane's claim to fame was running as a Tourch bearer at the 2012 Olympic Games in Whitby. Shane is a Chartered Physiotherapist and Accredited Strength and Conditioning Coach, with a greatest achievement of working with a Para-triathlete who became World/European Champion. 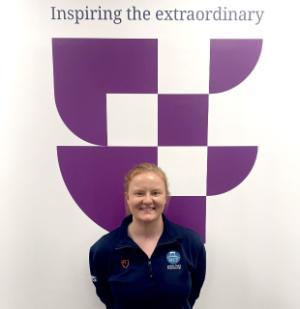 Kari is a new member of the Maiden Castle team, and will be the lead Physiotherapist for the Hockey Club. She qualified as a physiotherapist in 2021 from the University of Winchester, and has been working in the NHS since. Having completed her rotations in the NHS, she has recently accepted a static job in the Musculoskeletal department. She has already experienced working in the sporting environment, as a Physiotherapist in Teesside University sport's programmes. She sees working at Maiden Castle her biggest professional achievement to date. Kari's sporting background centralises around spending time here at The Sport and Wellbeing Park, where she trained and competed in Modern Pentathlon to international level; getting to the European Championships. She now enjoys playing hockey, and competing internationally in pistol shooting. 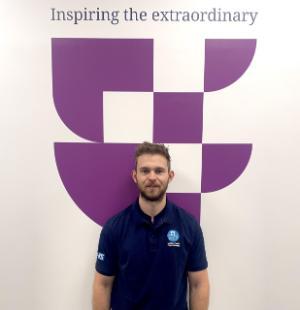 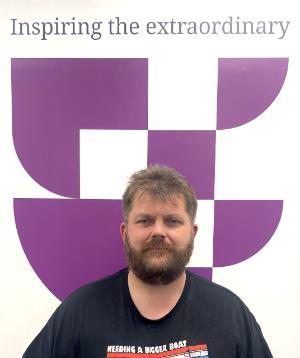 Mike is qualified with a BSc (Hons) in physiotherapy and has over 22 years experience, successfully undertaking a range of additional accredited postgraduate courses and qualifications such as a PGCE, PgC in the therapeutic management of the athlete, injection therapist and a diploma in fitness. He has also successfully completed courses in acupuncture for pain relief, Society of Orthopaedic medicine modules; suturing and wound management and pitch-side management. Mike has a keen interest and experience in sports physiotherapy, with experience in working with athletes from a range of sports including rowing, rugby, golf, netball and mixed martial arts. 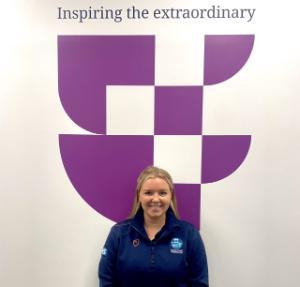 Faye qualified with a BSc in Physiotherapy 4 years ago and has worked within the MSK speciality for 3 years. She has completed further training in Chronic Pain as well as achieving her PHISIS level 2 pitch-side trauma course. Faye has predominantly worked with DUWRF and is going to be supporting the Lacrosse team in the coming season. In Faye's spare time, she plays hockey in midfield and enjoys bringing elements of sport into rehabilitation programmes. 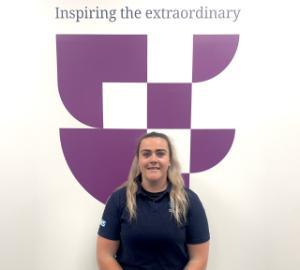 Kathryn has a VCTC in sports massage and also undertakes reflexology; with experience in treating athletes from a range of sports and has covered sporting events. Kathryn has worked with clubs such as DUBC for over 10 years, and has been a practising therapist for 15. Kathryn focuses on soft tissue work, acupuncture and taping, and keeping all the athletes robust and ache free. Beyond sport massage, Kathryn loves giving DUBC rowers new recipes to try as she makes sure that they all feel looked after and happy in their training environment.

Check out our Coaches

Our coaching staff work around the clock to support our athletes here at Durham. Click the link to read on about our coaching team.
Read on 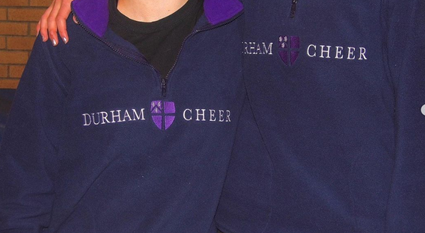