Digging Up the Past: Contested Territories and Women Archaeologists in 1780s Britain and Ireland

This paper unpacks the gender, political and material implications of archaeological excavations carried out by Elizabeth Rawdon, Countess of Moira (1731-1808) and Catherine Downes (dates unknown) in 1780s Ireland and England, respectively.

Locating their endeavours within increasingly contested territories (in terms of the landscapes in which their enquires took place and the scholarly spaces in which they were reported), I ask why and how women disbarred from all-male knowledge institutions turned instead to developing archaeological practice in order to contribute historiographically. For the Countess, whose Dublin salon hosted Anglo-Irish antiquaries interested in a Celtic past, the discovery of a bog body on her husband’s land became part of a wider programme in legitimizing her own socio-political position. Similarly, for Downes, the careful prioritising of Roman archaeology over the remains of an Ancient British burial at Warminster spoke to contemporary discourses in which the Roman occupation became a desirable colonial model. In both cases, remains had first been discovered by local agricultural workers before being disseminated in elite circles, setting this work against backdrop of mounting tensions around land enclosure and occupation. From Downes’ comparison of Roman pottery fragments with ‘Mr. Wedgwood’s teapots,’ to the Countess’s linking of clothing preserved on the bog body to her efforts to revive Ireland’s textile industry, I examine these women’s historical interpretation through subterranean and contemporary objects, as well as the political implications in bringing the past to the surface. 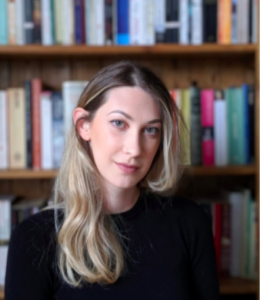 Madeleine Pelling is an art historian specialising in eighteenth- and nineteenth century Britain.