The Physics Department Development Talent Award promotes, enhances and encourages the possibility of early career researchers developing their research careers within the Department by providing support in the form of up to £10,000 in flexible funding. The four successful applicants in the 2022 round of this scheme are announced below. Congratulations and best of luck with your research! 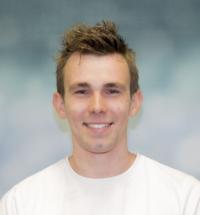 Optical tweezer arrays have recently emerged as an exciting new platform for quantum science. The power of this new platform is its ability to trap, image and manipulate single atoms. These tweezer arrays are formed of many focussed laser beams which can be arranged in arbitrary patterns in 2D using devices such as spatial light modulators.

In this project, I will expand these 2D tweezer arrays (which typically only use one atomic species) to include two distinct atomic species, specifically rubidium (Rb) and caesium (Cs) atoms. By using two different atomic species, traps containing individual Rb and Cs atoms may be combined to form arrays of RbCs molecules which have applications in both quantum computing and studies of quantum chemistry. Alternatively, the 2D arrays of atoms can be used to improve atom-based quantum computers. This can be achieved using the Cs atoms in the array to detect when and where errors occur in the computation. By using Cs, a species with different properties and transition wavelengths, there is minimal disturbance to the delicate quantum state of the Rb atoms. 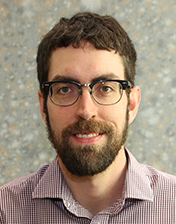 On the one hand, low-mass, 'dwarf' galaxies are especially suited to the study of dark matter: they have very high dark-to-total mass ratios, such that the kinematics of their stars and gas act as a tracer of the gravitational force sourced predominantly by their dark matter. On the other hand, their weak gravitational fields make dwarfs especially susceptible to perturbation. While some perturbations, like galaxy-galaxy mergers, are obvious, others are much more subtle. In spite of the serious adverse consequences of attempting to draw conclusions about dark matter physics from perturbed systems, in the literature there is currently no assessment of how common such more subtly out-of-equilibrium dwarfs may be. I will work with an undergraduate summer student who will create visualisations of galaxies from state-of-the-art cosmological simulations and catalogue the different kinds of perturbations affecting dwarf galaxies. We will search for observable signatures of various kinds of perturbations and look for the same signatures in observations of real dwarf galaxies.

Due to our reliance on global technological systems, extreme space weather is believed to be one of the biggest threats to civilisation. As a consequence, there is much interest in solar flare forecasting. These models require data from solar observations, which require telescopes with optical filters to transmit the wavelength of interest. Such filters have a defined bandwidth at a specific wavelength for which they have high on-peak transmission and off-peak extinction. In particular, magneto-optical filters (MOFs) rely on a particular atomic species within a magnetic field to produce a narrow transmission centred on the atomic resonance wavelength. Using MOFs will enable the line-of-sight component of the solar magnetic field, at a particular height above the solar surface, to be extracted - this is used in the forecasting models. The more heights we include (i.e., the more atomic species we use), the better our model gets at predicting when solar flares might occur. 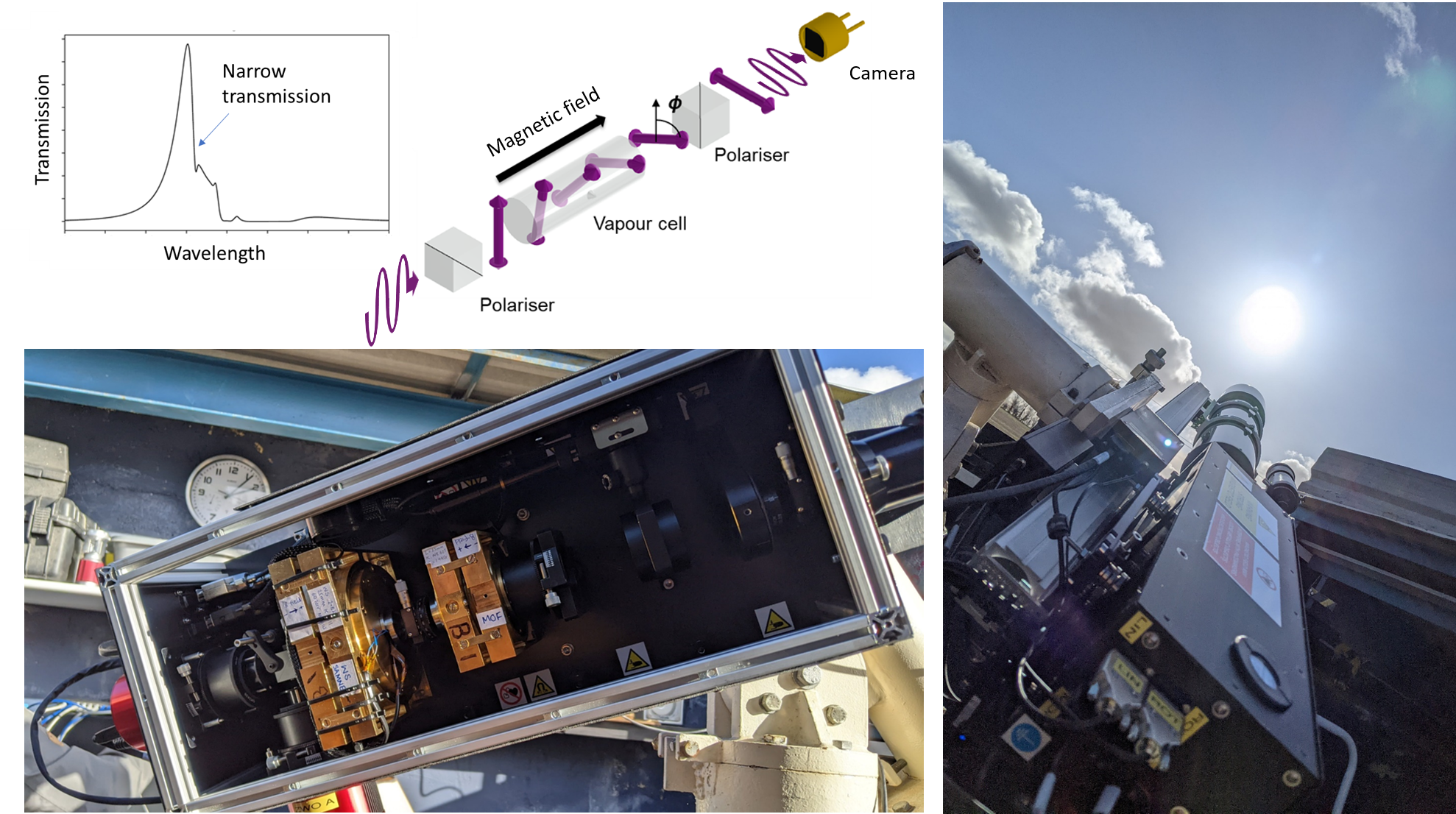 In collaboration with CfAI, we have commissioned a potassium MOF and have made a photospheric solar observation. With this award, I plan to investigate the feasibility of fabricating MOFs with different atoms. Of particular interest is a calcium MOF as these atoms reside in the chromosphere.