Skip to main content
The Ogden Centre for Fundamental Physics

The Prime Minister Tony Blair opened the Ogden Centre for Fundamental Physics on 18 October 2002. During his visit Mr Blair said: Then Prime Minister and MP for Sedgefield, the Rt. Hon. Tony Blair MP arrives to open the Ogden East building Tony Blair meets Carlos Frenk, the Director of the ICC The Prime Minister talked to students about their work Ogden Centre East opened its doors on 15 November 2002 thanks to the combined support of research councils, the government,industry and the Ogden Trust itself, all of which backed the University in providing a new building. The Centre, together with its staff and equipment, represented an additional investment of about 20 millon pounds in science in the region. At the time it provided the opportunity to house two key branches of research: - the Institute for Particle Physics Phenomenology - the Institute for Computational Cosmology "ICC" in a common building. Their work represents a world-class contribution to international advances in the most fundamental building-blocks of matter, on the one hand,and the evolution of the Universe, on the other. ICC then moved to the new Ogden Centre West building after it opened in 2017.

Informal photos taken during the unveiling of the new sculptures by the late John Robinson, generously donated by Damon de Laszlo and Robert A. Hefner III to the Ogden Centre for Fundamental Physics.

There are three sculptures: Starburst, Forces of Nature, and Journey. These symbolic sculptures touch upon elements of the research undertaken within the Ogden Centre. The Forces of Nature Sculpture Image of the sculpture with the plaque crediting John Robinson, supported by Damon de Laszlo and Robert A Hefner III The Journey Sculpture, located in the quad between the Ogden East and Rochester buildings Viewed from above, the shaped landscaping of the quad and the sculpture Attendees for the unveiling In one of the most important events in the 180 year history of Durham University, world-renowned physicist Prof. Sir Peter Higgs, after whom the Higgs Boson particle is named, visited the Ogden Centre to mark its tenth anniversary as a world-class centre of excellence for research in Physics.

That morning there was an Open Day at the Ogden Centre, followed by a small symposium on the "Five Ogden Questions" (these are the five questions that, when the Ogden Centre was opened, Peter Ogden asked James Stirling and Carlos Frenk to list where we hoped progress could be made in the near future.)

The talks took place in the Wolfendale lecture theatre. In the evening there was a celebratory dinner. 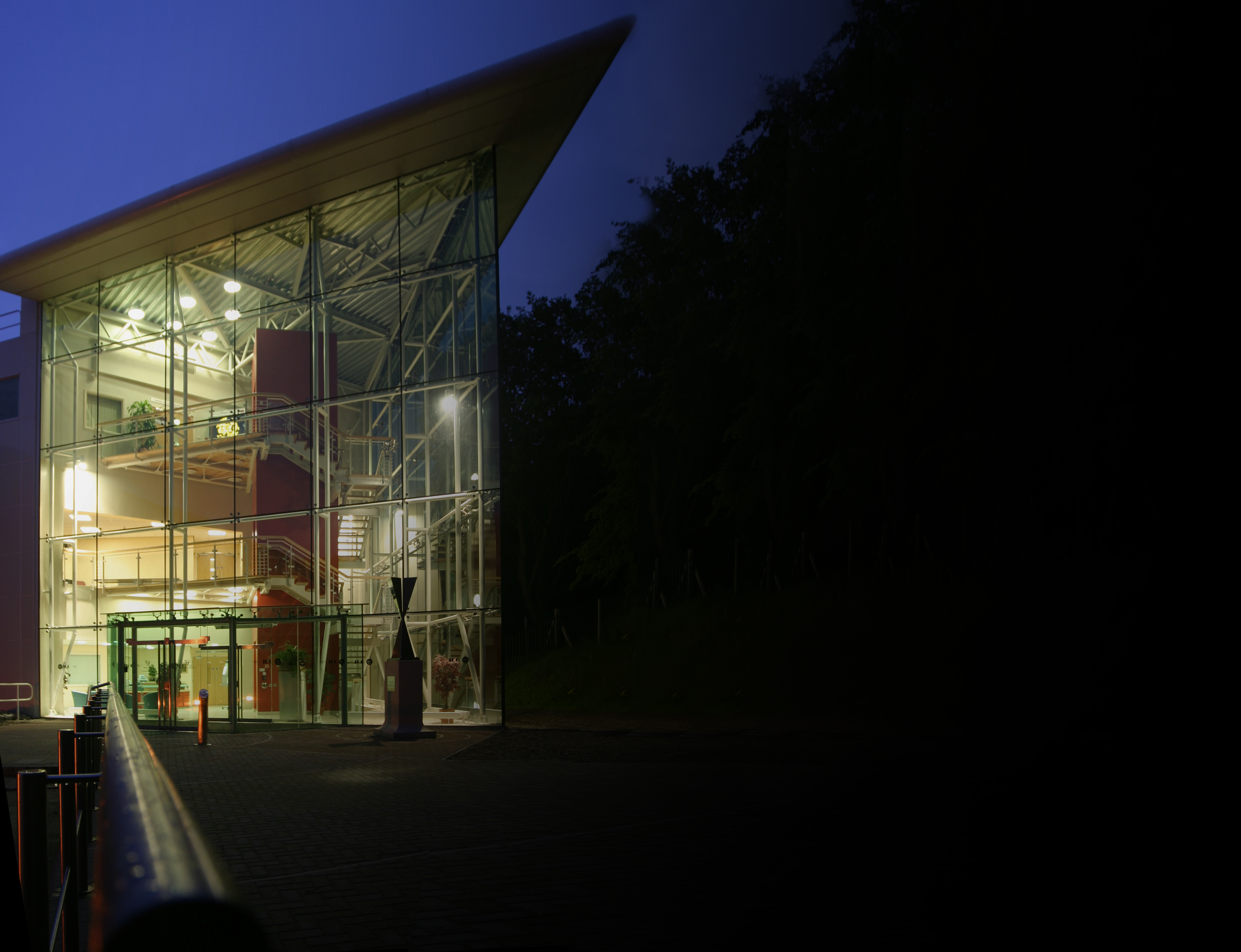 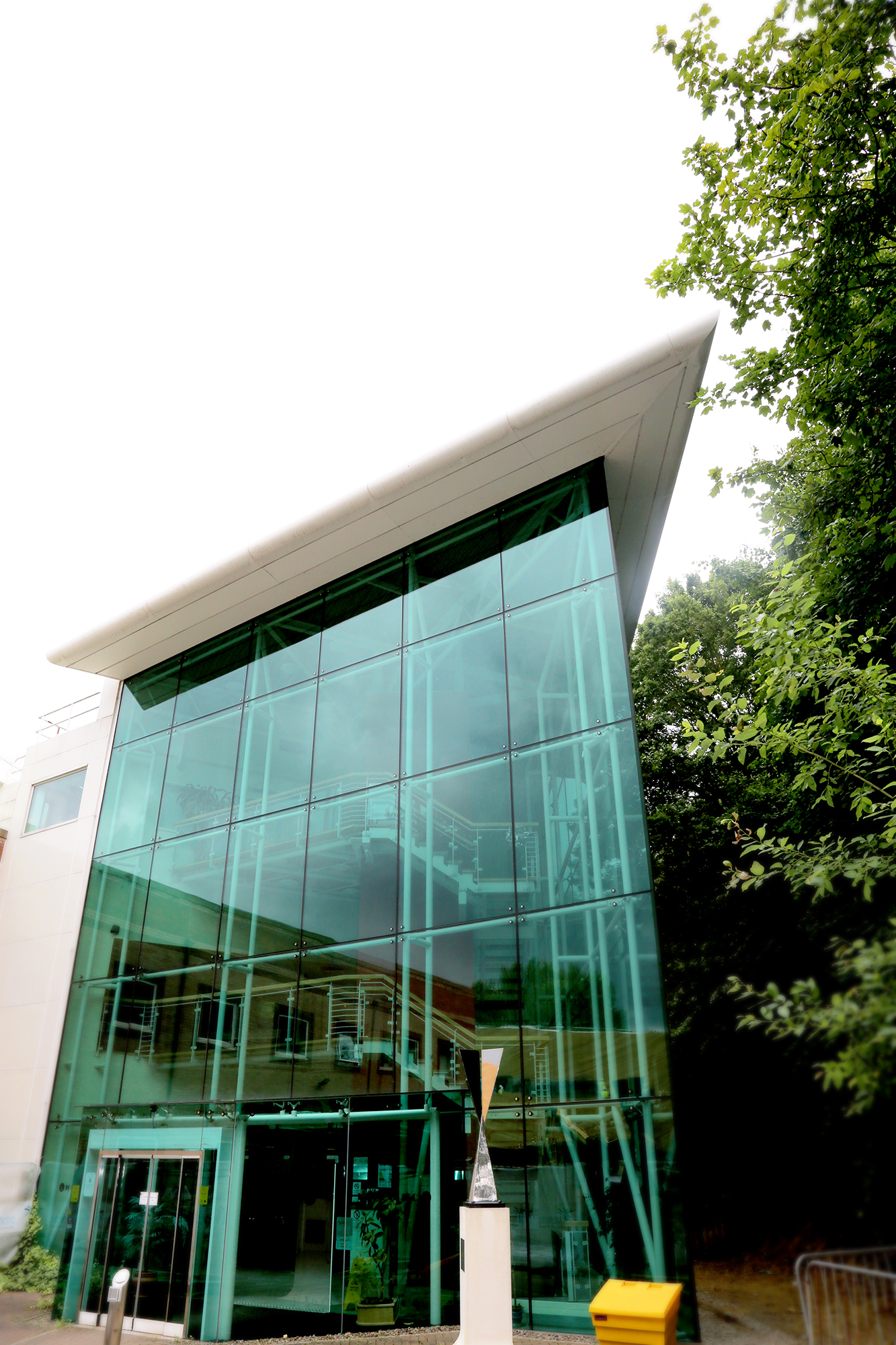 View an image gallery of the event to celebrate 5 years of the Ogden Centre's creation, held on 30th April 2008, including the lecture programme and dinner held at Durham Castle. Download the talks.
Go 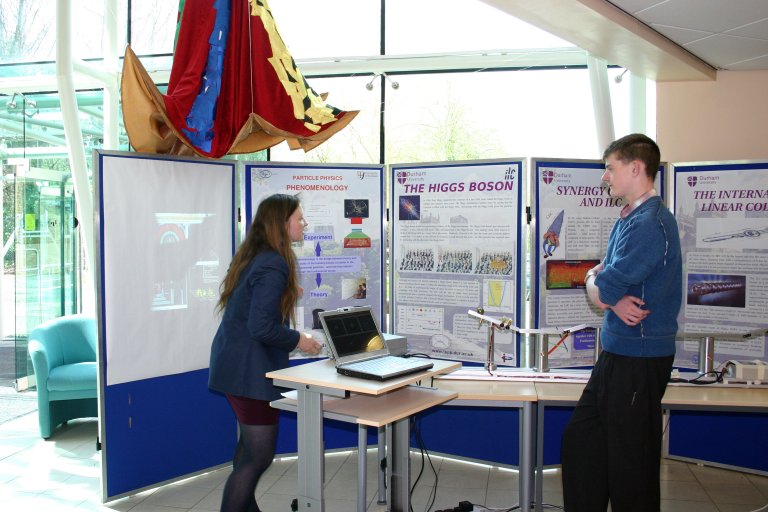 Prof. Sir Peter Higgs visits Durham to mark the 10th anniversary of this world-class centre for excellence in research into the natural sciences and particle physics.
Go 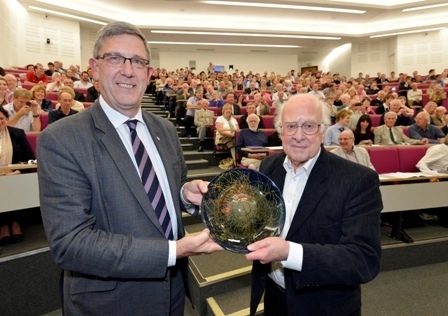