Unexpected State
British Politics and the Creation of Israel

Cutting through assumptions about Britain's support for a "national home for 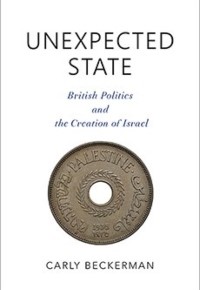 the Jewish people" in the creation of British Palestine, Carly Beckerman explores why and how elite political battles in London inadvertently laid the foundations for the establishment of the State of Israel. Drawing on foreign policy analysis and previously unused archival sources, Unexpected State considers the strategic interests, the high-stakes international diplomacy, and the tangle of political manoeuvring in Westminster that determined the future of Palestine. Contrary to established literature, Beckerman argues that British policy toward the territory was dominated by seemingly unrelated domestic and international political battles that left little room for considerations of Zionist or Palestinian interests and arguments. Beckerman instead shows how the policy process was aimed at resolving issues such as coalition feuds, party leadership battles, spending cuts, and riots in India. 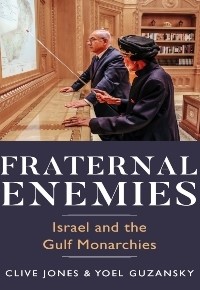 Relations between Israel and the Gulf states are not anything new. In the immediate aftermath of the 1993 Oslo Accords, both Qatar and Oman established low-level yet open diplomatic ties with Israel. In 2010, Ha’aretz reported that the former Israeli foreign minister, Tzipi Livni, was on friendly terms with Shaykh Abdullah Ibn Zayed, her counterpart from the UAE, despite the absence of formal diplomatic ties between the two states. The shared suspicion towards the regional designs of Iran that undoubtedly underpinned these ties even extended, it was alleged, to a secret dialogue between Israel and Saudi Arabia, led by the late Meir Dagan, the former head of Mossad. 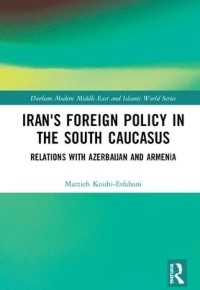 realise. The country lies between Central Asia/the Caucasus and the Gulf region on the one hand, and, on the other, between the Mediterranean/Levant region and South Asia. Many of these areas are of increasing strategic importance. This book explores Iran’s role as a regional power, focusing on relations with South Caucasus countries - Azerbaijan and Armenia. It outlines the historical context, including Persia’s rule of these countries before the nineteenth century, and discusses Iran’s approach to foreign and regional policy and how both internal and international factors shape these policies. The book assesses Iran–Azerbaijan and Iran–Armenia bilateral relations to demonstrate how those policies translate in Iran's regional and bilateral relations. The book concludes by considering how Iran's relations in the region are likely to develop in the future. 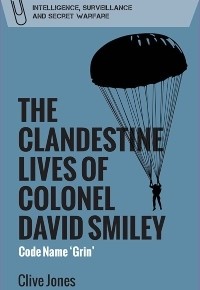 involvement in British secret service operations. This book illuminates the shadowy world of covert British intelligence through an exploration of the life of one of Britain’s foremost exponents of irregular warfare. With a particular focus on operations in the Balkans and the Middle East, it offers a granular understanding of the motivations and ideals that informed Smiley’s commitment to covert action and intelligence, both during the Second World War and in the early Cold War era. Through extensive uses of primary sources including exclusive interviews with Colonel Smiley, his family and a number of key associates, Clive Jones crafts a detailed study of a man who proudly operated in the shadows for his country, while also addressing the wider issues of morality, accountability and control of clandestine operations.

Inside Tunisia's AL-NAHDA
Between Politics and Preaching

In the wake of the Arab uprisings, al-Nahda voted to transform itself into a 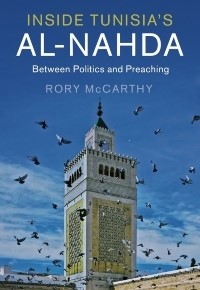 political party that would for the first time withdraw from a preaching project built around religious, social, and cultural activism. This turn to the political was not a Tunisian exception but reflects an urgent debate within Islamist movements as they struggle to adjust to a rapidly changing political environment. This book re-orientates how we think about Islamist movements. Drawing on extensive fieldwork with grassroots activists of Tunisia's al-Nahda, Rory McCarthy focuses on the lived experience of activism to offer a challenging new perspective on one of the Middle East's most successful Islamist projects. Original evidence explains how al-Nahda survived two decades of brutal repression in prison and in social exclusion and reveals what price the movement paid for a new strategy of pragmatism and reform during the Tunisian transition away from authoritarianism. 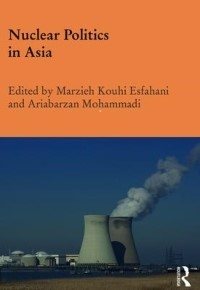 significant recent developments related to nuclear proliferation, as well as the world’s most critical conflicts and considerable political instability. The containment and prevention of nuclear proliferation, especially in Asia, continues to be a grave concern for the international community. This book provides a comprehensive overview of the state of nuclear arsenals, nuclear ambitions and nuclear threats across different parts of Asia. It covers the Middle East (including Israel), China, India-Pakistan and their confrontation, as well as North Korea. It discusses the conventional warfare risks, risks from non-state armed groups, and examines the attempts to limit and control nuclear weapons, both international initiatives and American diplomacy and interventions. 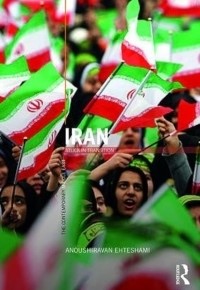 been shaping and changing modern Iran and its relations with the rest of the world. It looks at the roots of the 1979 revolution and the forces unleashed during the modernization process under the Pahlavi monarchy. Applying a range of theoretical approaches to understanding the Islamic republic’s neo-authoritarian political system, Anoushiravan Ehteshami reflects on how the country’s new elite emerged and how these new political forces have changed Iran, the stresses on its political system, the forces shaping the country’s political economy, and the Islamic republic’s international relations. As some of Iran's leaders appear to crave permanent revolution as their means of staying in power, this book argues that the struggle for the soul of the Islamic Republic has mired the country in a cycle of change: Constant reform and transition. The republic finds itself stuck in transition.

Half a century ago, Britain abandoned Aden, its last colonial outpost in the Arab 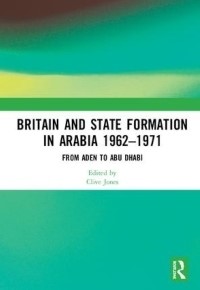 world as its attempt to establish a new polity foundered amid a rising tide of Arab nationalism, tribal infighting and anti-colonial sentiment that eventually gave rise to the establishment of South Yemen. Yet just over three years later in 1971, a new state, the United Arab Emirates, emerged in Arabia, formed from the old Trucial states over which Britain had long held sway. At a time when state failure and fragmentation has become synonymous with much of the Middle East and where the very idea of sovereignty and legitimacy have become contested issues, this comparative historical study of the varied British attempts at state creation on the Arabian Peninsula offers important insights into the limits of external ambition, as well as the possibilities that great power retrenchment offered to the peoples of the region. The legacy of British influence in Aden and Abu Dhabi still very much resonates today; this volume explains why.

This article analyzes Sino-Iranian relations and mutual strategic perceptions, highlighting several types of tension in Sino-Iranian ties alongside areas of deeper cooperation. We examine in particular the policy debates about China between conservatives and reformists within Iran, and we compare their views of China to the views of Iran held by Chinese commentators. To that end, we extensively survey both the official media and scholarly literature in Farsi and in Chinese, since each strand reveals different sentiments and is accorded a different degree of openness.