Place of entry and profession

The database only includes those individuals who entered the Benedictine life (for however short a time) after Elizabeth I came to throne in England in 1558. The monks have been recorded according to their place of entry, which is often the same as their place of profession. The majority are recorded under one of the four English foundations – St Gregory’s, Douai; St Laurence’s, Dieulouard; St Edmund’s Paris; Ss Adrian and Denis, Lamspringe.

Occasionally, it is recorded that a monk professed at a different house than that for which he was professed, the reason being that, for example, in the late eighteenth century St Gregory’s acted as the common novitiate for the whole English Benedictine Congregation.

Those monks who were professed before the English foundations existed or before the union of the English Benedictine Congregation in 1619, are recorded under which congregation they joined, with the Spanish being the numerically largest, followed by the Cassinese and then the smaller grouping who claimed to be descended from the last Westminster monk, Siegburt Buckley. A final group of monks are recorded under ‘Elsewhere’. This category catalogues all those monks who cannot be included under the previous groupings. It includes individuals professed at St Malo, which from 1611 to 1669 was under English leadership, as well as those Scottish monks who were aggregated to the English Benedictine Congregation.

In some instances, there is a contradiction between age given at clothing, profession or death. These have been left as provided in the monastic sources rather than an interpretation being made. Where dates supplied by the records disagree significantly this has been noted if it is impossible to reconcile them or distinguish the more accurate record. Where available, the date of clothing has been given as the date of entry; if this is not available but a year or month of arrival at the monastery is given, then this has been recorded in that field.

St Laurence’s has been used as opposed to St Lawrence’s to adhere to the original usage in the sources. Lamspringe is spelt in myriad ways: the modern usage has been chosen as most appropriate. The spelling of names has been kept to that used most commonly in the sources; spelling variations have been included under the aliases used, as have actual aliases employed by the monks. A search for any of these will bring up the relevant individual.

Sometimes the age is given as, for example, ‘90th year’. It is unclear whether the source is referring to the age of 90 or 89, so the age has been recorded as given with no interpretation of the data offered.

As well as the date of death being recorded where known, place of death is also given. For those monks professed at the end of the eighteenth century, the place of death can be more complex because of the movements of the monasteries after the French Revolution. For example, a particular location may not mean that they died while based in a missionary location but actually in their monastery. This is the case for St Gregory’s, which left Douai for Acton Burnell before settling at Downside; after leaving Dieulouard St Laurence’s had a number of temporary homes in England, including at Acton Burnell, before eventually settling at Ampleforth.

Some members of the monasteries professed as lay brothers rather than monks. Similar to their female equivalents in convents, this meant that they frequently took on a more domestic role. They were sometimes drawn from the surrounding indigenous community and could be considerably older when they joined the monastery.

On occasion, some individuals professed as choir brothers, indicating an individual who professed as a monk but was not ordained a priest, or did not take on the more manual tasks of lay brothers. Where available, individuals who did not proceed to profession, or may not even have been clothed before leaving, have been recorded to give as accurate a picture as possible for those entering the English Benedictines in exile.

Family relationships are given in the database. It has also been recorded where an individual monk is related to a member of one of the English convents in exile. In these cases, the code given in the notes field equates to the code of the nun’s entry in the ‘Who were the Nuns?’ database.

Place and county, where known, have been recorded. If it is a location where there was more than one missionary location, such as in London or Liverpool, the more exact place of activity has been recorded in the notes field if known. Sometimes it is only known in which province a monk was active: from 1620, the English Benedictines divided England into the northern (the province of York) and the southern (the province of Canterbury) provinces.

There was considerable variation in the presentation of place names and the assignation of counties in both British and continental sources. Names of properties, villages, towns and cities in Britain have been modernised to conform to modern spellings. Similarly, modern counties have been used where appropriate; for example, Liverpool has been recorded as being in Cheshire in order to aid the usability of the database.

Due to the sheer number of different offices held by individuals, it has been necessary to cluster some specific activities in order to enable a faster search. The drop-down menu includes specific offices but also some more general terms. For example, a general grouping is ‘Prior elsewhere’; the detail of whereabouts will be given in the notes field for that particular monk. For the duration of offices: if only one date is given it means that a member held that office in that year but it is not known for how long she held the office. If two dates are given then that indicates a start and stop time: any known complications are included in the notes field.

The sources and the abbreviations used in the database are given elsewhere on this site. On occasion, the sources are in dispute on different details about each individual. As a general rule, the earliest source available has been given preference. In particular, where profession books have survived (which sometimes include dates of clothing as well), these have been considered the most accurate source and the data provided within them used in the database. The most frequent disputes involve the details given in Birt; unless otherwise stated, other sources, in particular Allanson, have been given preference.

The database only includes those individuals who entered the Benedictine life (for however short a time) after Elizabeth I came to throne in England in 1558.
Search Now

Before the establishment of specific English monasteries in exile, would-be monks initially joined houses that belonged to the Spanish or the Cassinese congregations.
Find Out More 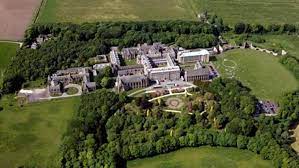