CVAC tour of the 'Locomotion' archive (trains and photographs)

Join Durham CVAC for a tour of the collection at 'Locomotion'; Shildon (part of the National Railway Museum), led by curator Dr Sarah Price!

The collection at 'Locomotion' (part of the National Railway Museum), is housed at Shildon, County Durham; a small town at the edge of the south-west Durham coalfield, from which originated the world's first steam-powered public rail service. 'Locomotion no 1', built for the Stockton & Darlington Railway company by Robert Stephenson & Co., departed from here on 27th September, 1825 at a speed of 6-8 mph, pulling 36 wagons carrying ~300 fare-paying passengers (plus many more who had jumped aboard) - and with Robert's father George at the controls. 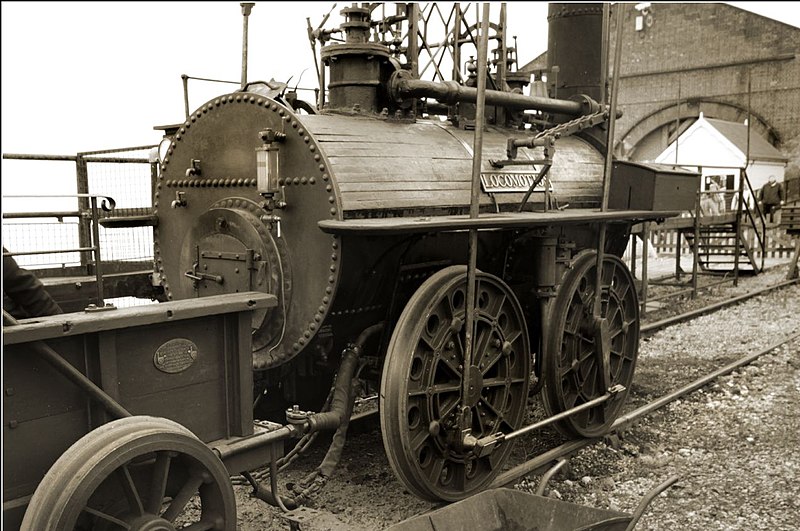 Although this first journey was a resounding success, Locomotion-1 (essentially a beam engine on wheels) was beset by design problems. These were eventually solved thanks to the modifications (and sheer persistence) of engineer Timothy Hackworth. His innovations, together with others - including those incorporated into Robert Stevenson's famous 'Rocket' - were included into the locomotives and wagons manufactured here at the Shildon Works, putting this town at the heart of the transformations in use of coal and steam that powered Britain's industrial revolution.

This tour, organised by the Centre for Visual Arts and Culture , Durham University, is led by curator Dr Sarah Price. The visit will explore the collection of both engines and photographs available at Locomotion, covering highlights in the development and design of rail vehicles, and the involvement of the Shildon Works in the story of our railways.

This event is open to all those interested in the development and design and rail vehicles in the UK and beyond, with priority places for Durham University students and staff. Transport is available from Durham city centre to and from the venue.

10:30:       Tour of Main Hall with emphasis on development and design of rail vehicles

11:45:       Overview of how we developed the interpretation strategy, and future plans