South College is the new, seventeenth College of Durham University. It admitted its first new students in Michaelmas Term 2020. It is now home to a thriving community of more than 400 undergraduate and postgraduate students who are proud to call themselves Southies. South is located on a parkland site at Mount Oswald on Elvet Hill to the south of Durham City. It is based in superb new buildings adjoining Van Mildert College and the new home of John Snow College.

The site was originally part of the grounds of Mount Oswald, a country house built in 1800. In 1928, the house and grounds were converted to a golf club, which closed in 2014 and was acquired for residential development.

South College will eventually grow to have 1200 undergraduate and postgraduate students, with 492 living in the College. All accommodation is self-catered, in a mixture of single en-suite rooms based in cluster flats and Town Houses each with its own front door and shared bathroom facilities.

South is a gowned College and it hosts weekly formal dinners. Each is presided over by the College Officers, the JCR Executive Committee and Oswald the Owl, our large wooden mascot. At the end of each dinner, Southies raise a toast to Oswald.

The College Principal is Professor Tim Luckhurst. Professor Luckhurst began his career as a political adviser and press officer in the House of Commons. He subsequently became a BBC editor, working in the UK, USA, Eastern Europe and the Middle East. He is a former editor of The Scotsman newspaper and began his academic career as Head of the Centre for Journalism at the University of Kent. He is an academic historian of newspapers. 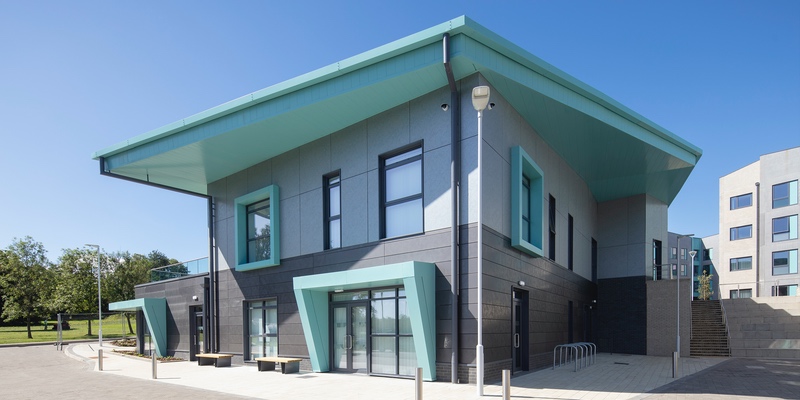