ReferenceError: "department" is not defined.
Skip to main content
Register via Eventbrite

“One never talks out loud without wishing for an audience,” or so says a character in one of Kathleen Collins’ plays. Yet to be Collins’ audience today—to examine the textual materials that survived her death from cancer in 1988—is to occupy an uncomfortable position in relation to women’s and African American literary and film history.

During her lifetime, Collins was known primarily as a playwright, but she was also the author of numerous short stories, at least one unfinished novel, and eight original screenplays. One of these screenplays became the dramatic feature Losing Ground, directed by Collins in 1982. However, the film was scarcely shown at its release, and it only became widely known in 2015, when it was remastered and distributed to acclaim on the festival circuit. In 2016, 16 of Collins’s stories were published in the volume Whatever Happened to Interracial Love?; and, in 2019, another selection from her archive appeared as Notes From A Black Woman’s Diary.

In this paper, Alix Beeston argues that the pathos of Collins’ untimely death modulates her newly disseminated work, and that this produces ethical challenges for her posthumous audience. Even as Collins’ posthumous recovery unveils the conditions of racism and sexism that limited Black women’s contributions to film production in the late twentieth century, her wider project of representation sits in tension with the imperatives of recovery work by readers, viewers, and scholars in the twenty-first century. Whereas Collins seeks actively to demythologise the experiences of Black women, we are bound precisely to mythologise Collins in her absence.

Beeston draws on research at Collins’ recently accessioned archive at the New York Public Library’s Schomberg Center and interviews with Collins’ collaborators, friends, and family members in sketching out alternative and more pragmatic means by which we might approach her work, particularly her unproduced screenplays. Far from deficiency or lack—the associations that cling to the screenplay as a form, as well as to Collins’ career in the wake of her death—the abiding sense of her archive is the vitality and fruitfulness of a lifelong practice of iterative creative labour performed with and alongside others. 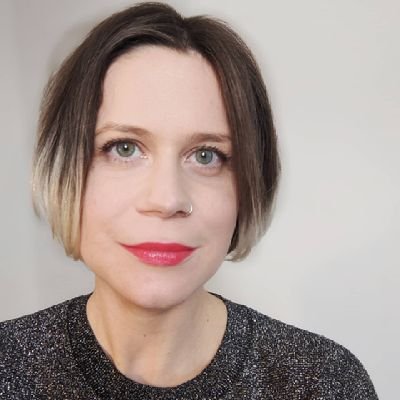 Dr Alix Beeston teaches and researches in the areas of twentieth and twenty-first century literature, photography, and film. She is the author of In and Out of Sight: Modernist Writing and the Photographic Unseen (Oxford University Press, 2018, paperback forthcoming in 2022) and the editor of the Visualities forum at Modernism/modernity Print Plus. This paper is drawn from her current work on the essay collection Incomplete: The Feminist Possibilities of the Unfinished Film.