ReferenceError: "department" is not defined.
Skip to main content
Email for more details

“Scenes of Writing” and “Scenes of Working”: Style, Materiality, and Politics

You are warmly invited to attend the talk of Dr Alena Heinritz, a visiting postdoctoral fellow from the University of Innsbruck.

In various social and political contexts literature and work/labour are programmatically considered to be interrelated. These forms of relating literature and work not only shed light on concepts of work and literature of a text in its time, but also on the cultural self-understanding of a society and on the implicit underlying knowledge system. In my presentation I shall discuss the methodological possibilities of investigating literary discourses and discourses of work via ‘scenes’, i.e., complexes of language, instrumentality, and gesture. I will ask whether there are also “scenes of working” in parallel with “scenes of writing” and I will shed light on interactions between style, materiality, and politics when analysing the interrelationship between literature and work. To exemplify my approach, I will present my recent case study on Promethean and post-Promethean agency. As a transgressive creator figure, Prometheus is referred to in poetologies throughout modern European literature; as an image for autonomous human agency creating the human world through unalienated work in the Marxian tradition, the figure illustrates debates about human work or labour. First, I shall investigate “scenes of working” in non-fictional texts on Promethean agency in New Economy work concepts. Second, I shall examine “scenes of writing” of so-called post-Promethean agency in Hélène Cixous’ novel The Book of Promethea [Le livre de Promethea] (1983). 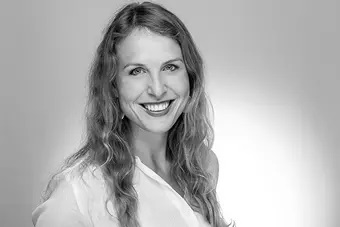 Dr Alena Heinritz completed her B.A. and M.A. in Slavic Studies and Comparative Literature in Mainz and obtained her Ph.D. at Graz and Giessen. She is now pursuing a postdoctoral project on the interrelationship between literature and work/labour at the Department of Comparative Literature, University of Innsbruck. In April and May 2022, Alena Heinritz is a BritInn Fellow at the Department of English Studies, Durham University.