“I wonder as I wander” or walking as method

A staff and postgraduate research seminar within our Global Literatures strand.

This paper presents the critical intervention of my forthcoming monograph Gender and the Spatiality of Blackness in Contemporary AfroFrench Narratives (2022), which concerns itself with the spatial negotiations of black women in France through the narrative forms and the sociocultural and political contexts from which they emerge. Drawn from Wonder As I Wander: An Autobiographical Journey (1956) by Langston Hughes, the title articulates “walking as method” as the analytical framework for the book. Emerging the figure of the black flâneuse through cinematic form, the paper analyses Flâner (2015) the French edition of the Strolling web series (UK, 2014) by Black British filmmaker, Cecile Emeke, in conversation with Pascale Obolo’s short film, La femme invisible (2010), and Mame-Fatou Niang’s web documentary Mariannes Noires (2016). I argue that Obolo’s staging of black women’s visuality in French media space and Niang’s weaving of portraits of AfroParisian women with the mute figure of a nameless black woman walking the streets of Paris gets beneath spectacular representations of ghettoised banlieue neighbourhoods, televised protests and shipwrecked migrants. Using Edouard Glissant’s conception of relational identities, I frame black flânerie as an embodied movement of and in relation (wandering) and a site for reflecting on racialised and gendered identities (wondering) based on every day experiences of European space. 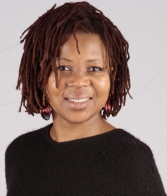 Polo has interests in comparative approaches to literature, African and Afrodiasporic narrative forms, literatures in translation (French/Francophone), Intersectional Feminisms and Critical Black Urban Geographies. She has co-edited several special journal issues, including 'Cinematic Imaginaries of the African City' in Social Dynamics (2021). Her book Gender and the Spatiality of Blackness in Contemporary AfroFrench Narratives comes out this year.