The 2022 annual conference on Religion and Defence hosted by the Armed Forces Chaplaincy Centre, Beckett House and the Michael Ramsey Centre for Anglican Studies.

International Network for the Study of War and Religion in the Modern World
RELIGION AND DEFENCE: THE BECKETT HOUSE CONFERENCE
Monday 4 – Wednesday 6 July 2022

The Beckett House Conference invites paper proposals reflecting on the conceptual, ethical, pastoral and historical aspects of the relationship between religion and war. The conference welcomes presentations which engage with religious and spiritual traditions understood in the widest sense, and scholars of all relevant disciplines and all religious traditions (including secularism and non-religion) are warmly invited to contribute. There is no constraint on geographical or national range and the conference encourages scholarly discussion of local and national, military and paramilitary subjects, including irregular combatants and asymmetrical warfare, besides professional military organisations and conventional operations.

This annual conference is sponsored by the Armed Forces Chaplaincy Centre (AFCC), part of the UK Defence Academy, and is hosted at Beckett House within the Defence Academy’s Shrivenham campus. The conference is organised in conjunction with the International Network for the Study of War and Religion in the Modern World, which was established to promote greater communication and collaboration among academics, practitioners, and military professionals working in the field of war and religion.
Each year the organisers identify themes of topical interest and we encourage participants to reflect on these in relation to their submissions. However, these headline themes are not intended to place a constraint on proposals and we welcome all contributions aligned to the purposes of the conference, especially where these introduce topics that have been less prominent in the field.

Suggested themes for the July 2022 conference include:

The conference will be hosted by the Principal and staff of the AFCC and will be co-ordinated by Canon Professor Michael Snape (Michael Ramsey Professor of Anglican Studies, Durham University), Dr Alastair Lockhart (Affiliated Lecturer, Faculty of Divinity, University of Cambridge and Academic Co-Director, Centre for the Critical Study of Apocalyptic and Millenarian Movements, Bedford, UK) and Dr Gina Palmer (Assistant Professor, US Naval War College, Newport RI). All papers will be of twenty minutes’ duration and will lead to a further ten minutes of discussion. Four-hundred word abstracts should be copied, along with a one-page CV, to Geoff.Withers944@mod.gov.uk, michael.snape@durham.ac.uk, gina.palmer@usnwc.edu and asl21@cam.ac.uk by Friday 6 May 2022. 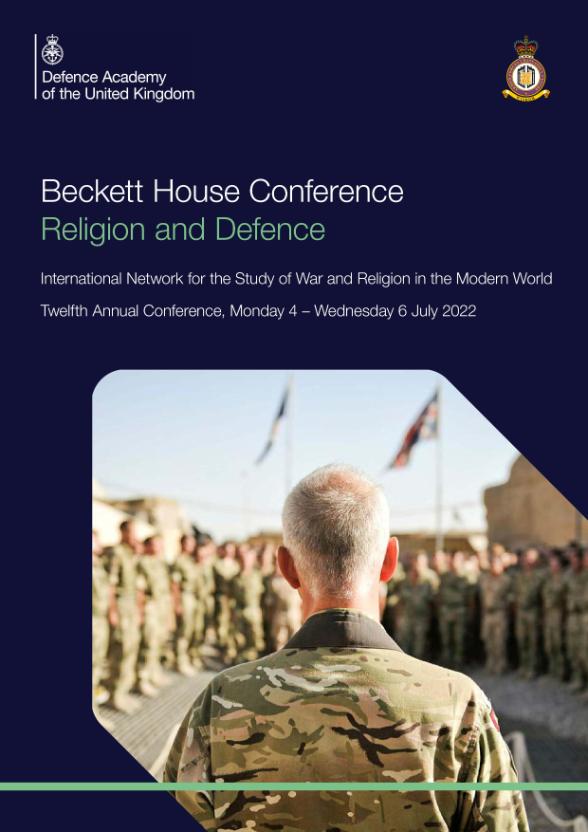