ReferenceError: "department" is not defined.
Skip to main content
Department of Theology and Religion 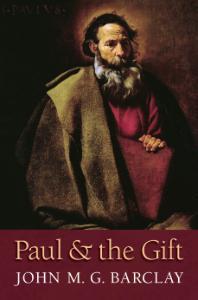 Paul and the Gift

In this book esteemed Pauline scholar John Barclay presents a strikingly fresh reading of grace in Paul's theology, studying it in view of ancient notions of "gift" and shining new light on Paul's relationship to Second Temple Judaism.

Paul and the Gift centers on divine gift-giving, which for Paul, Barclay says, is focused and fulfilled in the gift of Christ. He offers a new appraisal of Paul's theology of the Christ-event as gift as it comes to expression in Galatians and Romans, and he presents a nuanced and detailed discussion of the history of reception of Paul. This exegetically responsible, theologically informed, hermeneutically useful book shows that a respectful, though not uncritical, reading of Paul contains resources that remain important for Christians today. 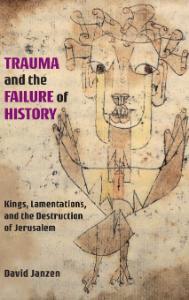 Trauma and the Failure of History: Kings, Lamentations, and the Destruction of Jerusalem

David Janzen blends history theory and trauma theory to apply them to the books of Kings and Lamentations. Janzen argues that Kings tells a story that explains the horrific events of the Babylonian destruction of Jerusalem, but Lamentations reflects the perspective of trauma survivors and rejects any explanatory narrative refusing to let the trauma be part of a past. Interpreters of the Bible and historians of ancient Israel should take this trauma into account, even though it can never be a part of the biblical histories they write. 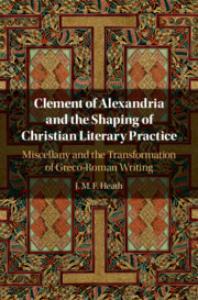 Clement of Alexandria's Stromateis were celebrated in antiquity but modern readers have often skirted them as a messy jumble of notes. When scholarship on Greco-Roman miscellanies took off in the 1990s, Clement was left out as 'different' because he was Christian. This book interrogates the notion of Clement's 'Christian difference' by comparing his work with classic Roman miscellanies, especially those by Plutarch, Pliny, Gellius, and Athenaeus. The comparison opens up fuller insight into the literary and theological character of Clement's own oeuvre. Clement's Stromateis are contextualised within his larger literary project in Christian formation, which began with the Protrepticus and the Paedagogus and was completed by the Hypotyposeis. Together, this stepped sequence of works structured readers' reorientation, purification, and deepening prayerful 'converse' with God. Clement shaped his miscellanies as an instrument for encountering the hidden God in a hidden way, while marvelling at the variegated beauty of divine work refracted through the variegated beauty of his own textuality. 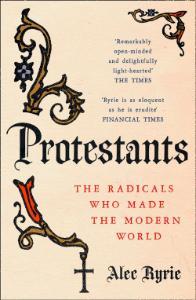 Protestants: The Radicals Who Made the Modern World

In the 500th anniversary of Luther’s rebellion, this spectacular global history traces the revolutionary faith that shaped the modern world. Five hundred years ago Protestant Christianity began with one stubborn monk – today, it includes a billion people across the globe. The upheaval Martin Luther triggered inspired one of the most creative and destructive movements in human history. Protestants is the story of the men and women who made and remade this quarrelsome faith by demanding alarming new freedoms and experimenting in new systems of government. Inspired by their newly accessible Bibles, they transformed their inner lives, a transformation that spilled over into social upheavals and political revolutions. Alec Ryrie’s dazzling history explores how its restless energy made and is still making the modern world.

When England’s Reformation began, only a small band of idealists – or fanatics – truly wanted a Protestant England. Nevertheless, within a single lifetime, they achieved it.

A lecture by Alec Ryrie given at Gresham College. 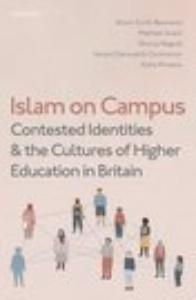 Islam on Campus: Contested Identities and the Cultures of Higher Education in Britain

Islam on Campus explores how Islam is represented, perceived, and lived within higher education in Britain. It considers the changing nature of university life, and the place of religion within it. Even while many universities maintain ambiguous or affirming orientations to religious institutions for reasons to do with history and ethos, much western scholarship has presumed higher education to be a strongly secularising force. This framing has resulted in religion often being marginalised or ignored as a cultural irrelevance by the university sector. However, recent times have seen higher education increasingly drawn into political discourses that problematize religion in general, and Islam in particular, as an object of risk.

Using the largest data set yet collected in the UK, Islam on Campus explores university life and the ways in which ideas about Islam and Muslim identities are produced, experienced, perceived, appropriated, and objectified. The volume considers the role universities and Muslim higher education institutions play in the production, reinforcement, and contestation of emerging narratives about religious difference. This is a culturally nuanced treatment of universities as sites of knowledge production, and contexts for the negotiation of perspectives on culture and religion among an emerging generation. This collaborative study demonstrates the urgent need to release Islam from its official role as the othered, or the feared. When universities achieve this we will be able to help students of all affiliations and of none to be citizens of the campus in preparation for being citizens of the world. 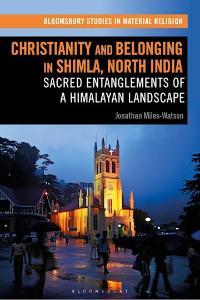 Christianity and Belonging in Shimla, North India: Sacred Entanglements of a Himalayan Landscape

This book explores the material religion of contemporary Shimla, a vibrant postcolonial city, famed for its colonial heritage, set against the backdrop of the North-Western Himalayas. Jonathan Miles-Watson demonstrates that this landscape is able to peacefully reconcile the apparent tensions of faith, heritage and identity in a way that unseats traditional theories of religion, politics and heritage. It presents a mystery that is written in space through time; the key to unlocking this mystery lies in clear view, at the city's heart, in the contemporary material religion that surrounds nominally Christian sacred sites. Although the material religion centres on landscapes that are identifiable as Christian, the book demonstrates that Hindus, atheists and Sikhs all have a role to play in the mutually constitutive relations that lie at the centre of these knots of sacred entanglement.

This book builds upon over a decade of research to present an ethnographic account of devotional practices that speaks to contemporary developments in both the anthropology of Christianity and material religion. Through this exploration the book answers the mystery of Shimla's postcolonial harmony, while complicating established theories in the anthropology of religion, postcolonial studies, mythography, heritage studies and material culture. 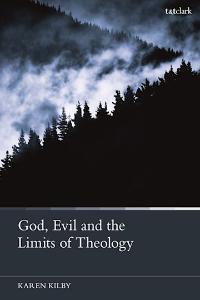 God, Evil and the Limits of Theology

Karen Kilby explores the doctrine of the Trinity and issues of evil, suffering and sin. She offers a critique of the lack of respect for mystery found in the most popular Trinitarian thinking of our time. Kilby gives an apophatic reading of Aquinas on the Trinity and offers a distinct next step in the sequence on the Trinity – the appeal of social doctrines of the Trinity lies principally in their ecclesial and political relevance. She engages with Miroslav Volf's famous 'The Trinity is our social program' essay and addresses the question of what an alternative politics of an apophatic theology of the Trinity might look like.

The essays explore the question of theodicy and argue that evil poses a question to Christians and Christian's theology which can neither be answered nor dismissed. Kilby argues that Christians must live with this mystery, this lack of resolution, rather than trying to diminish the gravity of evil, or allowing evil to dictate their conception of God's goodness or power. By offering a critical reading of Hans Urs von Balthasar and Julian of Norwich she explores the question of whether Christianity can avoid giving a positive valuation to suffering, and concludes the two represent two different strands within the Christian tradition in relation to thought on suffering.

God, Evil and the Limits of Theology

Professor Karen Kilby, Department of Theology and Religion, delivers a presentation entitled ‘God, Evil and the Limits of Theology’ for the Faculty of Arts and Humanities’ 2021 Research Celebration. 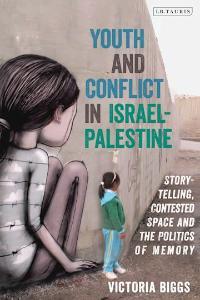 Youth and Conflict in Israel-Palestine: Storytelling, Contested Space and the Politics of Memory

How are forbidden histories told and transmitted among young people in Israel/Palestine? What can their stories teach us about their everyday experiences of segregation and political violence?

This book investigates how young people use storytelling to navigate borders, memory, and unseen spaces, and to confront questions of belonging and those they see as the 'other'. The study is unique in its inclusion of children from a broad spectrum of communities, including Palestinian refugee camps and right-wing Israeli settlement homes. The book shows that boundary spaces are fertile ground for the transmission of forbidden stories and memories.

Young people are at the centre of the research and Victoria Biggs argues that storytelling reveals much more about their experiences and perceptions than either quantitative data or qualitative interviews. Through analysis of the language, metaphor, violence, and endings employed in the stories, storytelling is shown to be a political act that plays a vital role in shaping conflict-affected young people's concepts of community, exclusion, and belonging. 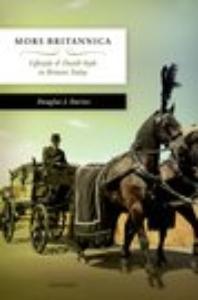 A people's lifestyle is one thing, their death-style another. The proximity or distance between such styles says much about a society, not least in Britain today. Mors Britannica takes up this style-issue in a society where cultural changes involve distinctions between traditional religion, secularization, and emergent forms of spirituality, all of which involve emotions, where fear, longing, and a sense of loss rise in waves when death marks the root embodiment of our humanity. These world-orientations, evident in older and newer ritual practices, engage death in the hope and desire that love, relationships, community, and human identity be not rendered meaningless. Yet both emotions and ritual have an uneasiness to them because "death" is a slippery topic as the twenty-first century gets under way in Britain.

In this work, Douglas J. Davies draws from a largely anthropological-sociological perspective, with consideration of history, literature, philosophy, psychology, and theology, to provide a window into British life and insights into the foundation links between individuals and society, across the spectrum of traditionally religious views through to humanist and secular alternatives. He considers memorial sites (from churchyards to roadside memorials); forms of corporeal disposal (from cremation to composting); and death rites in a range of religious and secular traditions.

Grief, Personhood and Belongings, the stuff of death-cleaning and life-clearing

This talk was given at the Grief: A Study of Human Emotional Experience, a 4-year AHRC-funded project at the University of York.

Find out more about the Centre for Catholic Studies. 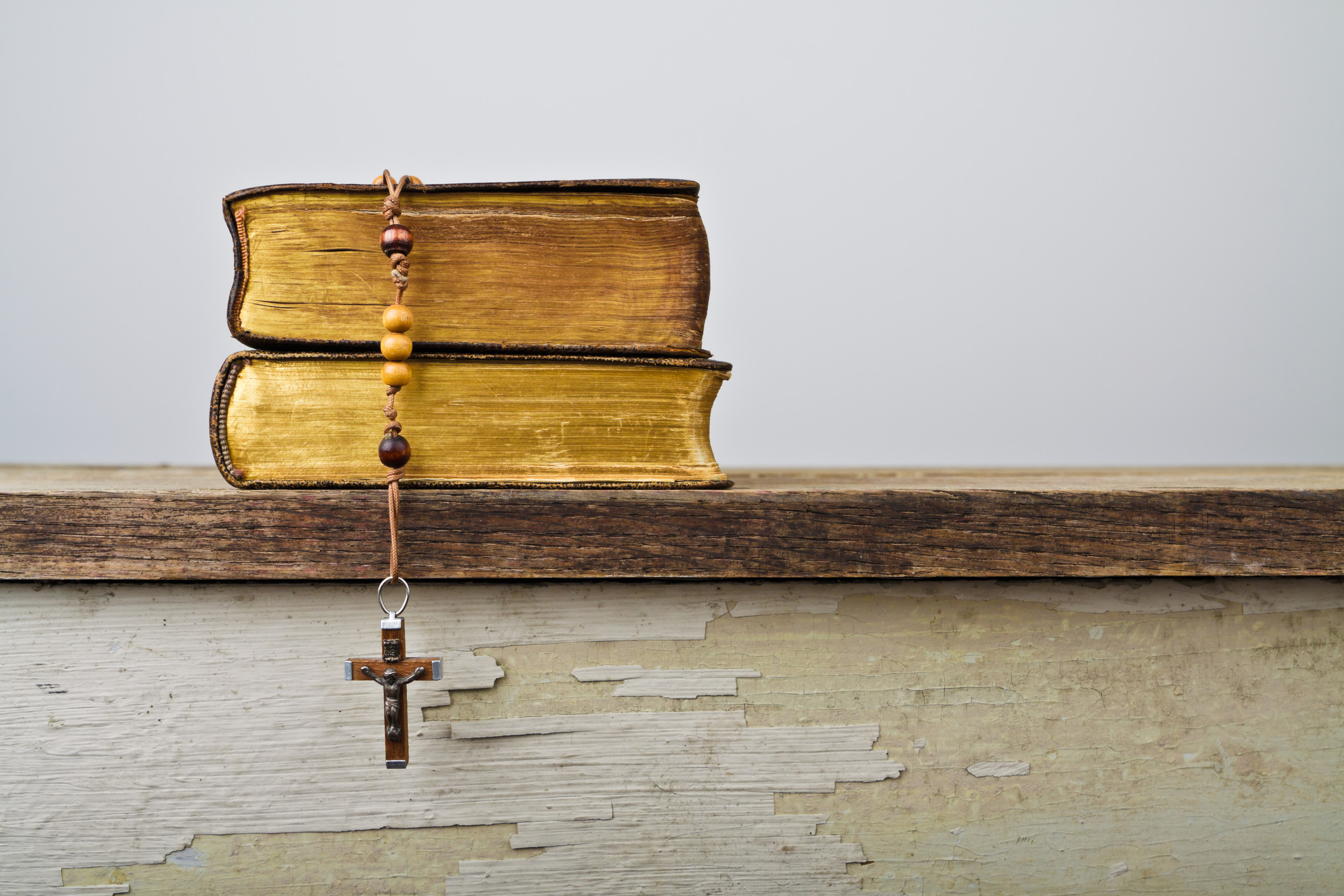 Find out more about the Centre for Death and Life Studies. 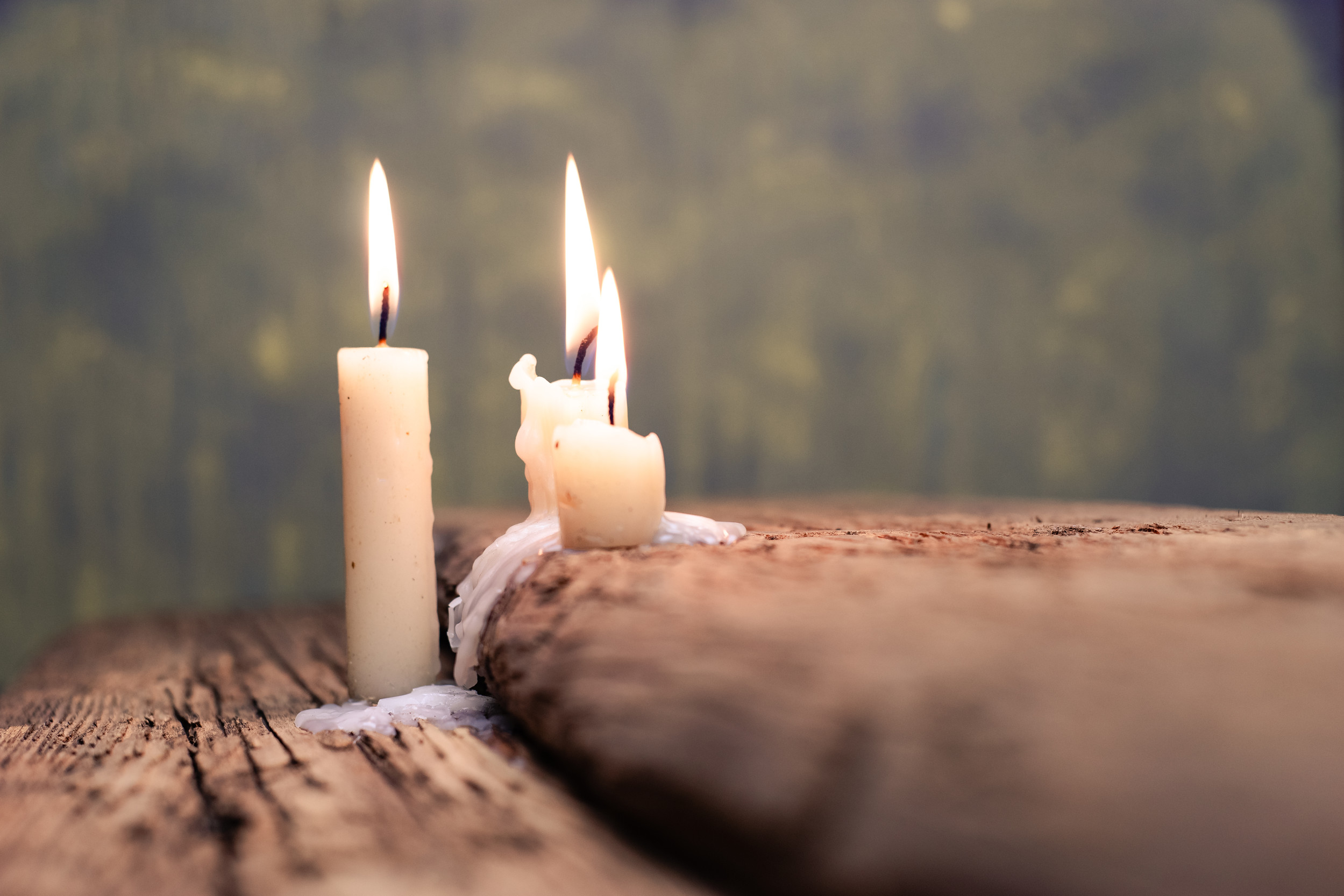 Find out more about the Centre for Spirituality, Theology and Health. 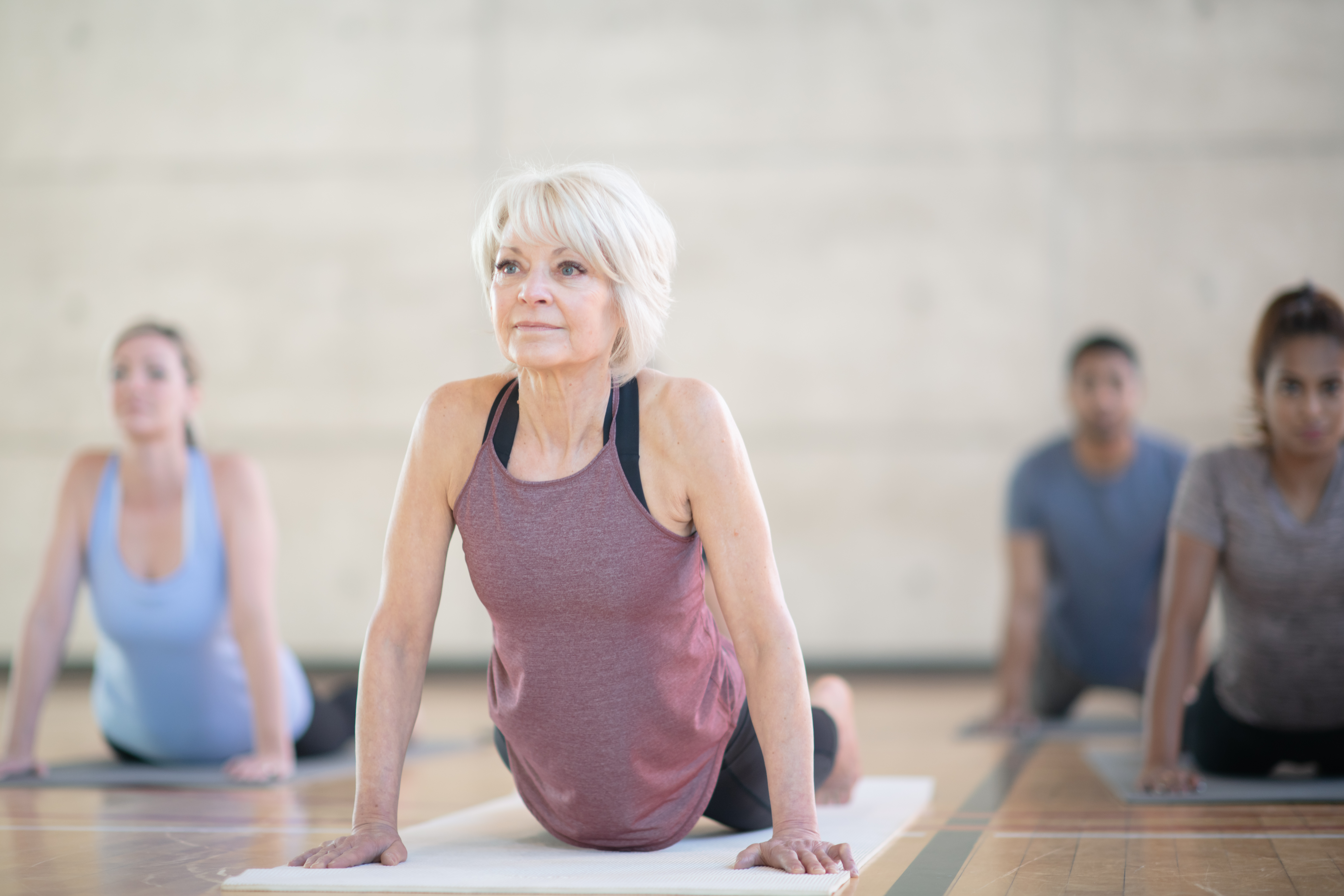 Find out more about the Michael Ramsey Centre for Anglican Studies. 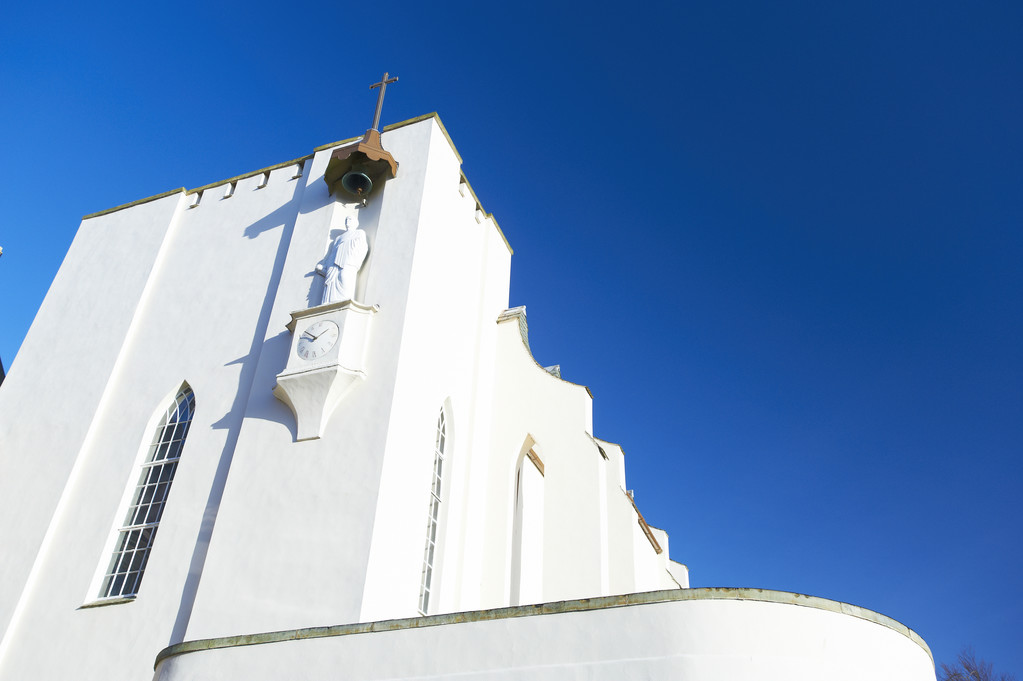