Skip to main content
Centre for Institutions and Political Behaviour

The goal of the project is to produce new findings on how legislators reconcile and justify the pressures resulting from their own consciences, the positions of their party leadership, and constituency opinion. The research project uses an experimental approach to answer this question.

We conducted a large-scale field experiment on members of parliament (MPs) in the UK (who sit in the House of Commons), to test how they communicate with their constituents when asked to explain their policy positions on nine issues. These issues include from a second Brexit referendum, immigration, and tuition fees. We hypothesised that MPs would typically take credit for policy positions they have that are congruent with the views of a constituent, even if they are following party policy, but that they would ‘hide behind the party’ – i.e. frame their responses more in terms of following the party rather than emphasising it as their personal view -- when their views were not congruent with those of a constituent.

We recruited 99 student ambassadors to aid the recruitment of constituents. The student ambassadors helped us recruit 1573 constituents, who were willing to write to their MP. This took place via a survey which allowed the constituents to automatically draft letters to their local MP, taking pro or con positions on each of the nine issues. The difficulty of the project has been that due to the constituency-MP link, MPs would only respond to letters from their own constituents and we had to ensure we had a large number of participants geographically spread across the UK. The recruitment of actual constituents was deemed necessary as it addressed one of the main ethical issues faced by experiments with political elites, namely that MPs are usually deceived into interacting with “fake constituents”.

Between 2018 and 2019, we sent 624 pro and con letters from 291 different constituents to 102 MPs across the nine issues and tracked all MP responses to those letters. We then compared the responsiveness of MPs and the personal vs party emphasis of those responses in cases where the constituent’s letter took a position congruent with the MP’s party versus cases where the constituent’s letter was incongruent with the MP’s party.

Besides the analysis of the response rates reported above, we are in the process of analysing the linguistic characteristics of the MP letters as well. The idea being that MPs might strategically adapt their style and tone of writing in order to (de)-emphasize their own position versus the party leadership in case their position is not congruent with the position outlined in the letter.

Three project workshops have been organised, to discuss the research design, project findings and future plans. Two were held at Durham University, in 2017 and 2019, and one at the University of Zurich, in 2017.

This project formed a part of Political Studies Review's special issue looking at 'Experiments with Politicians: Ethics, Power, and the Boundaries of Political Science'.

Survey researchers often face the problem that respondents are unwilling to admit to sensitive attitudes or behaviours, and therefore misreport when answering questions on such topics. This hampers our ability as social scientists to measure and analyse the determinants of important attitudes and behaviours. Focusing on election turnout as a sensitive topic prone to survey misreporting, Patrick M Kuhn and Nick Vivyan are running a series of survey experiments (funded by a British Academy/Leverhulme Small Grant and a grant from the Faculty of Social Science and Health at Durham University) in the UK and New Zealand (as part of the New Zealand National Election Study) which allow them to evaluate new and existing 'sensitive survey techniques' aimed at reducing survey misreporting. A number of our survey experiments are accompanied by vote validation exercises, where we check the actual turnout behaviour of survey respondents using official records. We develop new methods to more effectively utilise these 'true' measures of respondent turnout when validating turnout measures obtained from sensitive survey techniques such as list experiments and randomised response techniques.

This project is a programme evaluation for the Department for International Development (DFID). Using a mixed methods approach, the project evaluates the impact of community based development projects (implemented in 60 villages in three regions of Puntland and Somaliland) on village institutional capacity and participation by combining population and community leader surveys and qualitative interviews.

The findings will not only provide evidence on the program’s effectiveness and a deeper understanding of local governance procedures and perceptions in Somalia but will also yield valuable methodological insights on data collection in this challenging environment. As such, the project will implement rigorous and innovative techniques: a pre-post evaluation with a matched sample of untreated villages, an experiment comparing sampling methods (i.e. randomization using remote sensing of satellite images versus conventional random walk methods) and a survey experiment.

View final report and further details on the project

Racial cues not only change the opinions people have, but also the public political actions they take

The use of racially charged imagery and messages has a long history in US politics. But how do such racial cues affect how Americans participate politically beyond holding opinions? In new research, Drs. Hans Hassell and Neil Visalvanich find that whites are less likely to participate politically when prompted by minority advocacy. They argue because race influences political motivation, political elites or interest groups could use racial priming to motivate or demotivate public political action, not just change political opinions.

Read me on the LSE US Centre blog.

In this project, up-to-date public opinion data and sophisticated statistical techniques are used to forecast the outcome of the 2015 UK Parliamentary Elections.

This project uses a combination of survey and census data to produce the first systematic constituency-specific measures of: public opinion on specific political issues such as the Iraq War or European Union membership; and opinion on over-arching political questions such as the appropriate balance between government taxation and spending or which is the most important issue facing the UK.

Discover our team of academics, members and research staff.
View Our People 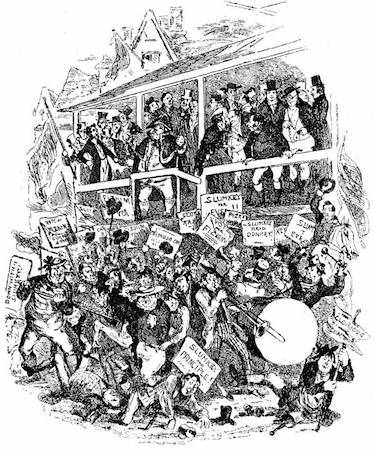