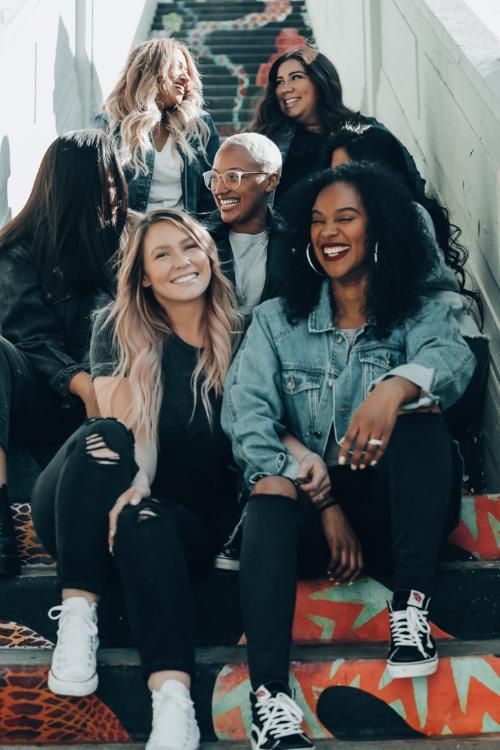 From the concept of the glass ceiling to the #MeToo movement, the role of women in our world is slowly being recognised. And yet gaps still exist. From the exclusion of women in early clinical trials (due to the variability introduced by cyclical hormones) to policies aimed for inclusion and recognition that are not fit for purpose, there is still much work to be done to ensure the health and wellbeing of women everywhere.

The Durham Infancy & Sleep Centre team have a long history of researching the well-being and sleep needs of mothers during the first year postpartum. We have explored the perceptions and experiences of UK mothers from diverse communities regarding night-time parenting, breastfeeding, bed-sharing and sudden infant death. We regularly invite mothers and their babies from NE England to participate in overnight studies in our sleep lab, and have recently collaborated with colleagues in Australia to devise a programme to support parents to cope with infant-related sleep disruption, particularly focussing on postpartum anxiety and depression.

Staff and postgraduate researchers at the Centre for Research into Violence and Abuse (CRiVA) in the Department of Sociology are researching a number of social issues relating to women. Violence and abuse are not ‘women’s issues’, in that that most perpetrators are men, and because men and boys are also victims of violence and abuse. However, decades of research show that gender-based inequality intersects with other inequalities resulting in many women being harmed or even killed.

Researchers within CRiVA including Professor Clare McGlynn, Professor Nicole Westmarland, Dr Fiona Vera Gray have all appeared on BBC’s Women’s Hour talking about their research. Many within CRiVA are also involved working as trustees or volunteers in women’s organisations, especially in the North East of England.

CRIVA have a number of international research partnerships, with researchers in Australia, New Zealand, India Sweden and Spain to name a few. An example of one of our international studies is Professor Clare McGlynn and Dr Kelly Johnson’s work on image based sexual abuse. Another is Dr Gangoli’s work with Muslim women and gender-based violence in India.

Doing work with women in the region is very important to us as well, and Dr O’Brien and Dr King have been using a mixed methods approach with women in HMP Low Newton who have experienced sexual violence.

CRiVA researchers have won a number of awards for their work. For example, Dr Hannah Bows was awarded the Emerald Publishing ‘Real Impact’ prize for her work on domestic abuse, sexual violence and homicide of older women.

Trust in Women brings together academics at Durham from across disciplines that are researching women’s health and wellbeing. Far too often laws, policies, and practices are developed and implemented from the presumption that women cannot be trusted to make decisions about their own lives, health, and wellbeing. We can see this clearly in the laws around abortion in Great Britain that regulate how, when, and why a woman can end a pregnancy; in criminal law and justice responses to women’s experiences of sexual violence or intimate partner violence and abuse; and in the reaction of healthcare institutions to women’s reporting and experiences of pain and/or ill-health. Women also remain overwhelmingly the victims of serious clinical negligence in healthcare, often in instances where they have been denied information about their care. There are far too many tangible examples that this world is made for men, and so women are considered the untrusted ‘other’. This is even more apparent when women have other intersecting identities that are likely to increase their vulnerabilities, such as having a disability, being LGBTQ+, or being from an ethnic minority. The reality of laws and policies that treat women as untrustworthy, is that they have been systematically prevented from taking charge of their health, safety and wellbeing.

Identifying discrimination in law, policy, and practice is the first step to identify the harm, allowing us to take steps to rectify it. Trust in Women provides a forum for academic researchers to come together to highlight areas of women’s health and wellbeing where more needs to be done to put trust in women, and to highlight how a lack of trust in women is harming their health. Areas of research include: