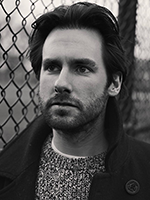 Edward Payne was Assistant Professor (Research) at Durham University and part of the advisory group of the Zurbarán Centre between 2018 and 2020. He joined Aarhus University (Denmark) as Assistant Professor in Art History in 2020. An art historian and curator of the Mediterranean Baroque, Edward completed his PhD at the Courtauld Institute of Art on Jusepe de Ribera's violent imagery. This research underpinned the publication and exhibition Ribera: Art of Violence (2018-19), which he co-curated with Xavier Bray at Dulwich Picture Gallery. Previously the Head Curator of Spanish Art at The Auckland Project (2016-18), Edward held the inaugural Meadows/ Mellon/ Prado Curatorial Fellowship at the Meadows Museum (2014-16), and the Moore Curatorial Fellowship in Drawings and Prints at the Morgan Library & Museum (2012-14). At the Morgan, he organised Visions and Nightmares: Four Centuries of Spanish Drawings (2014), and he was a contributor to the Courtauld Gallery's exhibition catalogue Goya: The Witches and Old Women Album (2015), edited by Juliet Wilson-Bareau and Stephanie Buck. Together with Gabriele Finaldi and Elena Cenalmor, he co-authored the catalogue raisonné of Ribera's drawings (2016), and he curated the accompanying exhibition at the Meadows Museum: Between Heaven and Hell: The Drawings of Jusepe de Ribera (2017). His research engages with such topics as violence, skin, sensory perceptions, caricature, and ugliness.