Here is a small selection of recently published work by academics in the History Department. 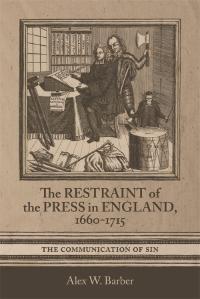 The Communication of Sin

This book challenges the idea that the loss of pre-publication licensing in 1695 unleashed a free press on an unsuspecting political class, setting England on the path to modernity. England did not move from a position of complete control of the press to one of complete freedom. Instead, it moved from pre-publication censorship to post-publication restraint. Political and religious authorities and their agents continued to shape and manipulate information. Authors, printers, publishers and book agents were continually harassed. The book trade reacted by practicing self-censorship. At times of political calm, government and the book trade colluded in a policy of policing rather than punishment. 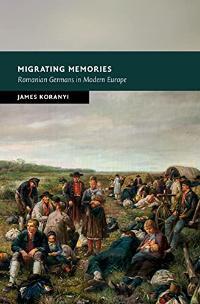 Romanian Germans, mainly from the Banat and Transylvania, have occupied a place at the very heart of major events in Europe in the twentieth century yet their history is largely unknown. This east-central European minority negotiated their standing in a difficult new European order after 1918, changing from uneasy supporters of Romania, to zealous Nazis, tepid Communists, and conciliatory Europeans. Migrating Memories is the first comprehensive study in English of Romanian Germans and follows their stories as they move across borders and between regimes, revealing a very European experience of migration, minorities, and memories in modern Europe. After 1945, Romanian Germans struggled to make sense of their lives during the Cold War at a time when the community began to fracture and fragment. The Revolutions of 1989 seemed to mark the end of the German community in Romania, but instead Romanian Germans repositioned themselves as transnational European bridge-builders, staking out new claims in a fast-changing world.

The Third Reich's Elite Schools: A History of the Napolas 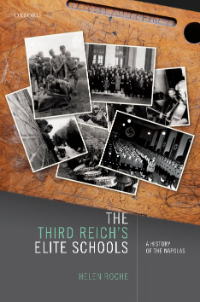 Drawing on material from eighty archives in six different countries worldwide, as well as eyewitness testimonies from over 100 former pupils, Helen Roche presents the first comprehensive history of the Third Reich's most prominent elite schools, the National Political Education Institutes (Napolas / NPEA). The Napolas provided an all-encompassing National Socialist 'total education', featuring ideological indoctrination, premilitary training, and a packed programme of extracurricular activities, including school trips and exchanges throughout Europe and beyond.

Treasured: How Tutankhamun Shaped a Century

When it was found in 1922, the 3,300-year old tomb of Tutankhamun sent shockwaves around the world, turning the boy-king into a household name overnight and kickstarting an international media obsession that endures to this day.

From pop culture and politics to tourism and heritage, and from the Jazz Age to the climate crisis, it’s impossible to imagine the twentieth century without the discovery of Tutankhamun – yet so much of the story remains untold. Here, for the first time, Christina Riggs weaves compelling historical analysis with tales of lives touched by an encounter with Tutankhamun, including her own. Treasured offers a bold new history of the young pharaoh who has as much to tell us about our world as his own.

Studying the history of animals in colonial Myanmar is a project that reveals new understandings of the impact of British imperialism, necessitating historians to attend to both the material and cultural transformations in the colony. However, studying animals and colonized people throws up two challenges to the historian. First, how can we recover the historical experiences of both within the same analytical frame. Second, how can postcolonial and post-humanist animal studies be integrated. This introduction offers an approach to studying interspecies relations as way of addressing these issues.

West of Slavery: The Southern Dream of a Transcontinental Empire 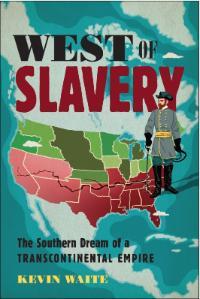 (The University of North Carolina Press)

By the late 1850s, slaveholders and their allies had transformed the southwestern quarter of the nation – California, New Mexico, Arizona, and parts of Utah – into a political client of the plantation states. Here, white southerners defended the institution of African American chattel slavery as well as systems of Native American bondage. Slaveholders' western ambitions culminated in a coast-to-coast crisis of the Union. By 1861, the rebellion in the South inspired a series of separatist movements in the Far West. Even after the collapse of the Confederacy, the threads connecting South and West held, undermining the radical promise of Reconstruction. Kevin Waite brings to light what contemporaries recognized but historians have described only in part: The struggle over slavery played out on a transcontinental stage. 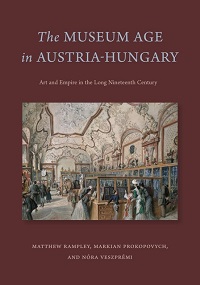 The Museum Age in Austria-Hungary: Art and Empire in the Long Nineteenth Century

This history of public art museums in Austria-Hungary explores their place in the wider history of European museums and collecting, their role as public institutions, and their involvement in the complex cultural politics of the Habsburg Empire.

Focusing on institutions in Vienna, Cracow, Prague, Zagreb, and Budapest, it traces the evolution of museum culture over the long nineteenth century, from the 1784 installation of imperial art collections in the Belvedere Palace to the dissolution of Austria-Hungary after the First World War.

Written in memory of Christopher W. Brooks, the leading historian of early modern English law, society and politics. Brooks's work put legal culture and legal consciousness at the centre of our understanding of seventeenth- and eighteenth-century English society and the English common law tradition. The essays in this collection shed new light on central debates in the history of the common law, explore how law was understood and used by different communities in early modern England, and examine how and why people engaged (or did not engage) in litigation. 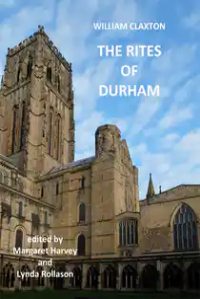 The Rites of Durham by William Claxton

The Rites of Durham has long been recognised as an important description of a monastic cathedral on the eve of the Dissolution. This new edition, the first in over a century, places the Rites in the context of the religious tensions of the Reformation and offers a new text, a detailed commentary, and many new illustrative plates and plans. In addition, a series of appendices contains a full edition of the related text which describes the windows of Durham Cathedral and its precinct.

Professor Philip Williamson and Dr Natalie Mears have a new article out: ‘James I and Gunpowder Treason Day’ in The Historical Journal.

Dr Henry Miller has an article in the same issue of The Historical Journal on women’s suffrage and petitioning.

Dr Coreen McGuire and co-authors published ‘The Color of Breath’ in Literature and Medicine and ‘”The body says it”: the difficulty of measuring and communicating sensations of breathlessness’, in Medical Humanities.

Dr Tom Hamilton has edited a special issue of French History on the French Wars of Religion, which includes his article ‘Adjudicating the troubles: violence, memory, and criminal justice at the end of the Wars of Religion.’