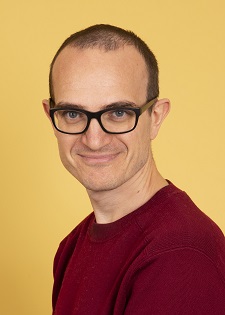 the University of Melbourne. His interdisciplinary research is best characterised as Anthropology of Policy, in that he ethnographically explores the political economy – and political ecology – of policymaking processes.

Currently, he is working on two major projects.

First, his project Shipping in the Oceanic Commons: Regulation and Prefiguration (funded by the ClimateWorks Foundation) looks at two separate but interconnected issues in the context of the urgent need to decarbonise the shipping industry in line with Paris Agreement commitments: the regulatory environment (at the International Maritime Organization) and the variety of wind-propelled ships that emerge as incommensurable prefigurations of tomorrow’s shipping industry – and by extension the global economy.

Second, his collaborative project UNESCO and the Making of Global Cultural Policy (a Discovery Project funded by the Australian Research Council) investigates explore the influence of UNESCO’s 2005 Convention on the Protection and Promotion of the Diversity of Cultural Expressions on cultural policy-making in the “global south.”

It is the first project on which Dr De Beukelaer’s IAS Fellowship, hosted by Professor Philip E Steinberg (Geography), will explore how the sail cargo movement and IMO regulations serve as (counterintuitive) parallel examples where the ocean is used as a performative space to spur imagination about climate futures. As a starting point for their collaboration, they acknowledge that the two movements are more performative than practical: the “sail cargo” movement isn’t really about posing a viable alternative (since it can’t practically compete on scale, speed, or price with the ‘conventional’ shipping industry) and IMO discussions may be inching towards more ambitious emission targets, it does not address the ever-increasing demand for cargo transport as the result of increasing levels of consumption around the world. Worse, decarbonising shipping does little to rectify the global wealth disparities that global capital exploits by shipping goods across the planet, between producers and consumers who are, at an individual level, unable to break the supply chains rooted in a long history of human exploitation, material extraction, and ultimately environmental destruction. Nonetheless, both the sail cargo movement and the IMO are leveraging the ocean’s alterity and its cultural-political-legal location ‘beyond’ normative territory to spur new imaginaries regarding ‘business as usual’, climate change, and the relations between the two. In this respect, as a prefigurative space of regulatory innovation, the two movements will be analysed as connecting the long history of the ocean space of legal experimentation with a future where the ocean will be an increasingly important foundation of the global economy.

Dr De Beukelaer holds a BA in Musicology (Amsterdam), an MA in Cultural Studies (Leuven), an MSc in Development Anthropology (Leuven) and a PhD in Cultural Policy and International Development (Leeds). His work has been funded by the Australian Research Council, the Royal Society of New Zealand’s Marsden Fund, the European Science Foundation, and the ClimateWorks Foundation (USA). In 2012, he won the 9th Cultural Policy Research Award, granted by the European Cultural Foundation, in collaboration with the European Network on Cultural Management and Policy and the Bank of Sweden Tercentenary Foundation (Riksbankens Jubileumsfund).