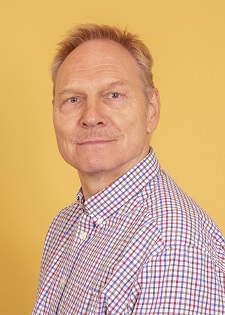 Dresden), a PhD in Meteorology, and a habilitation in Meteorology from the University of Leipzig, where he received the venia legendi. He works in the Department of Urban and Environmental Sociology at the Helmholtz Centre for Environmental Research (UFZ) in Leipzig, where he heads the Urban Climate and Personal Exposure Research Group. Prior to this role, he worked for over 15 years in a team conducting epidemiological studies on environmental health effects in children. Since 2018, he has been an Adjunct Faculty Member of the Department of Civil Engineering at the Indian Institute of Technology Madras (IITM), India. His teaching activities include lectures on applied meteorology and nonlinear statistical methods for students of physics and earth sciences at University of Leipzig.

Based on his findings, he develops strategies for climate action that comprises mitigation and adaptation measures. These address urban planning as well as the changes in the personal behaviour of urban residents to mitigate increased exposure to environmental pollutants and stressors. His work aims to combine results of basic scientific research on climate change with the social sciences and concepts of municipal services of general interest.

Professor Schlink has published a book and more than 90 articles in leading international peer-reviewed journals, which have been cited more than 2.200 times (H-index 27 (WoS), 31 (GoogleScholar)). He has been and continues to be involved in many international and national research projects, all of which are highly interdisciplinary, and supervises Master’s and PhD students at an international level.

During his Fellowship at the IAS, Professor Schlink intends to work in collaboration with Dr Laura Marsiliani and Dr Keming Yang exploring the role of social factors and aspects of health with urban problems of pollution, contributing to key areas of research excellence both in the Faculty of Social Sciences and Health and the Department of Sociology. More specifically relevant to this research project, Professor Brian Castellani in the Department of Sociology is the Primary Investigator of an application for a major research grant to UKPRP Consortium Award with a focus on air pollution and cognitive disorders. It has received several excellent anonymous reviews and is very likely to be funded. Dr Keming Yang is one of the large number of Co-Investigators of this project. Within Durham University, Professors Charlotte Clarke (Dean of Faculty of Social Sciences and Health), Amanda Ellison (Director of Wolfson Research Institute), Tiago Moreira (Sociology), and Drs Jonathan Wistow, Kimberly Jamie, and others are all members of this large project. The proposed research project share the same broad research concern with clean air and environment-protection behaviours, especially in connection with social class, in urban areas. Members of the two research teams will be able to communicate and exchange ideas, information, and support.