Robert Schütze is Co-Director of the Durham European Law Institute and a Professor of European Law at Durham University. He is a constitutional scholar with a particular expertise in the law of the European Union and comparative federalism. He joined Durham Law School in 2005, where he teaches European constitutional law and European competition law. Having studied German and English law, he completed his doctoral thesis at the European University Institute, where it received the 'Europa Prize' for the best European law thesis between 2003 and 2007. He was a trainee at the Legal Service of the European Commission, Germany's Permanent Representation at the EU and in the Chambers of former Advocate General Jacobs at the European Court of Justice.

Dr. Nag is the Executive Editor of Global Policy Journal and the Acting Co-Director of the Global Policy Institute at the School of Government and International Affairs, Durham University. Eva-Maria received her PhD on Indian political thought from the LSE. She is a member of the Practitioners’ Advisory Board of the British Journal of Middle Eastern Studies, an Advisory Board Member of the Pakistan Journal of International Relations, and a member of the Steering Committee of the Centre for Ethics and Global Politics at LUISS Guido Carli University of Rome. An expert in comparative political theory, her research interests include theories of democracy and violence in South Asia, ideational implications of multipolarity in the international system, climate governance in the developing world, and critical interpretations of the Anthropocene.

In addition to these roles, Petra is also a Visiting Professor at the China University of Political Science and Law (CUPL), Beijing. She serves as a member of the editorial board of the book series Global Energy Law and Policy (Hart publishing) and she is a member of the World Commission on Environmental Law. She is the founder of IRAB, an international research advisory board that spans a North-South collaborative network of climate experts from different disciplines, and academia as well as no-academic partner organisations.

Kavi joseph Abraham joined SGIA as an Assistant Professor in International Relations in Fall 2020. Prior to coming to Durham, he held a visiting position in Global Studies at the University of Pittsburgh. He received his PhD from Johns Hopkins University.

Situated at the intersection of political theory and IR, Dr Abraham's research examines pragmatist political and social theory and the contributions it can add to discussions of global governance and democracy. His current project genealogically examines the production of a novel democratic subject, the stakeholder, and how this figure has reoriented democratic practice in a variety of institutional spaces.

Dr Abraham has further interests in race and Eurocentrism in the practice of theorizing, genealogies of (neo)liberalism, and postcolonial critiques of liberal violence.

Cameron Harrington is an Assistant Professor of international relations in the School of Government and International Affairs. He is a researcher and analyst of global environmental politics. In particular he draws from international relations, political philosophy, criminology, and human geography and focuses on the theory and practice of environmental security, particularly water conflict and cooperation in the Anthropocene.

Thom Brooks is Professor of Law and Government at Durham Law School and an Associate Member of the Philosophy Department. He is the founding editor of the Journal of Moral Philosophy. Brooks’s interests include the capabilities theory, climate change, global distributive justice and just war theory.

Harriet Bulkeley is a Professor in the Department of Geography, Durham University. Her research focuses on the processes and politics of environmental governance. She is currently involved in researching the politics and practice of smart grids in the UK, low carbon transitions in southern Africa, and continuing work on urban responses to climate change.

Anoush Ehteshami is the Nasser al-Mohammad al-Sabah Chair in International Relations and Director of the HH Sheikh Nasser al-Mohammad al-Sabah Programme in International Relations, Regional Politics and Security in the School of Government and International Affairs, Durham University. He is Joint Director of the RCUK-funded Durham-Edinburgh-Manchester Universities’ Centre for the Advanced Study of the Arab World (CASAW), whose research focus since 2012 has been the ‘Arab World in Transition’.

Christopher Finlay is Professor of Political Theory at Durham University’s School of Government and International Affairs. His research focuses on the moral dimensions of armed conflict and the treatments of violence in political theory and the history of political thought. He is currently working on a project called 'The Subject of Legitimate Violence: Political Ethics and the Agents of Force' supported by a Leverhulme Major Research Fellowship (2017-2019).

Murilo Gaspardo is the Dean of the School of Human and Social Science (2018 – 2022) of São Paulo State University (UNESP), Campus of Franca, and an Associate Professor at the Department of Public Law and Postgraduate Program in Law of the same institution. He is PhD (2013), Master (2009) and Bachelor (2005) in Law from University of São Paulo (USP).

David Hunter is Professor of Health Policy and Management, Institute of Health & Society, Newcastle University.A graduate in political science from the University of Edinburgh, Hunter undertakes research on aspects of public health policy and practice, including partnership working and health system transformation.

Emma Murphy is Professor of Political Economy in the School of Government and International Affairs and completed her PhD at Exeter University on the political economy of the Israeli occupation of the West Bank and subsequently moved to Durham’s Centre for Middle East and Islamic Studies, later joining the School of Government and International Affairs. Emma’s research more recently has focused on issues in the global political economy such as food security and the spread of contemporary ICTS.

Claudia Nitschke is Professor/Director of Studies in the School of Modern Languages and Cultures. She was a Praelector at Lincoln College, Oxford and lecturer at the University of Tübingen, where she also completed her MA, PhD, and Habilitation before coming to Durham. She is currently interested in concepts of statehood and justice in literature and film and seeks to explore the aesthetic perception and interpretation of the state and its functions.

Aoife O'Donoghue is Professor of International Law and Global Governance at Durham Law School. Her research focuses on public international law with specific interest in global governance and theory. Current research centres on global constitutionalism, the legal structures which have developed within international law to regulate governance and feminist theory. Current projects include work on the ILA Due Diligence Report, Women within the UN Secretariat and the Northern/Irish Feminist Judgments Project.

Joe Painter is Professor of Geography at Durham University. He is a political and urban geographer whose research interests include the relationships between the state and everyday life, European citizenship and identity, urban and regional politics and governance, and the connections between territorial and networked forms of political power. He is a member of the Council of the Royal Geographical Society (with the Institute of British Geographers).

Ted Schrecker is Professor of Global Health Policy, Newcastle University, who studied at Canada’s Trent University, York University and The University of Western Ontario. His research addresses the consequences of transnational economic integration (globalisation) for health and health equity, currently from a broadly Marxist (but empirical) perspective. He also has a long-standing interest in issues at the interface of science, ethics, law and public policy.

Irene Wieczorek is an Assistant Professor in European Union Law at Durham Law School which she joined in October 2019. She is the co-director of the Durham Institute of European Law. 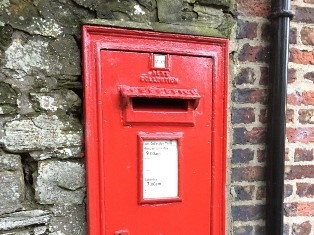