This talk re-reads the canon of high minimalist art in the 1960s-1980s United States—from La Monte Young’s droning music to the sculptures of Donald Judd and Robert Morris and the sentences of Raymond Carver and Mary Robison—as a practice of detoxification. This is why minimalism emerged in the United States the same decade that Rachel Carson’s Silent Spring launched what Lawrence Buell would later call “toxic discourse.” The talk also considers the afterlife of minimalism in lifestyle fads today (such as Marie Kondo’s The Life-Changing Magic of Tidying Up), when the paradigmatic environmental crisis has shifted in the public imagination from pollution to climate change.

The event is free but registration is required here. 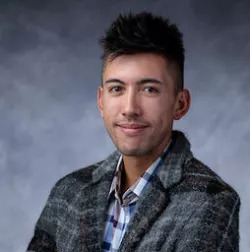 Dr Dango is the author of Crisis Style: The Aesthetics of Repair (Stanford UP, 2021), which theorizes how stylistic developments in contemporary fiction, sculpture, film, and design respond to a sense of pervasive crisis. Other writings have appeared or are forthcoming in New Literary History, Modern Fiction Studies, Post45, Social Text, Novel, and Signs, as well as para-academic forums such as Public Books, The New Inquiry, The Los Angeles Review of Books, and Artforum.