The School is one of the largest sections of the University. There are 48 full-time research-active staff, about 55 teaching fellows and part-time language specialists, and 10 support staff. In total at any one time there are approximately 1,000 undergraduate students taking courses in the School, about 600 of them studying for the BA in Modern Languages and Cultures.

The School is located in Elvet Riverside, a group of university buildings situated on the bank of the River Wear between the ancient Elvet Bridge and the new Kingsgate footbridge, and within easy walking distance of the Colleges, the Cathedral and the Market Place. All lectures, classes and tutorials take place in Elvet Riverside, which also houses language laboratories, computer classrooms and a large study area. There are satellite and video facilities for viewing and recording television programmes in all the major languages taught in the School.

The University's Centre for Foreign Language Study, which has computer, video and audio resources to support the Modern Languages courses, as well as facilities for learning other languages, is housed in the same building, and students of Modern Languages and Cultures have privileged access to all its facilities.

The School also hosts the BA in Visual Arts and Film. Combining still and moving images, advanced academic study and practical skills development, the programme draws on staff research spanning historical periods from classical Rome to the present, and is almost global in its geographical reach, with an emphasis not only on Western art, film, and visual culture, but that of the Middle East, Russophone Eurasia, and East Asia.

Find out more about our courses or scroll down the page and click on the different languages we offer. There will certainly be questions you will want to ask. Please take advantage of Open Days and opportunities to visit the School. The third year of the degree course for the BA in Modern Languages must be spent abroad, in the country (or countries) where any main language that you intend to continue studying in your final year is spoken. You will receive advice about which countries to go to and how long to spend there. 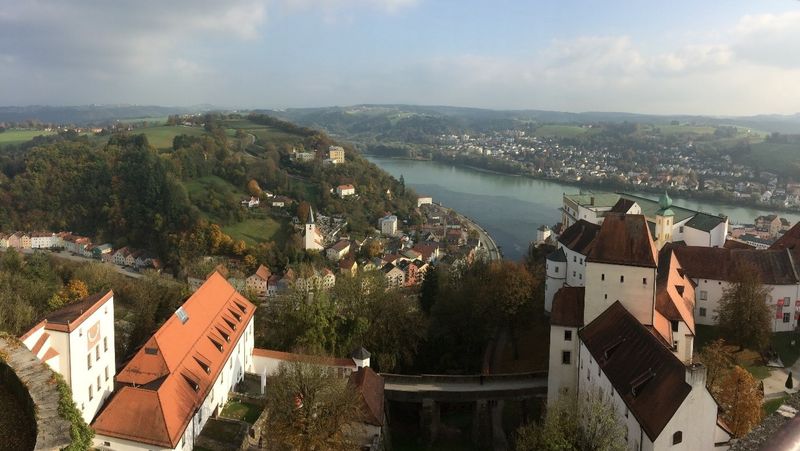 See what subjects we offer

All the language departments in the School have their own student societies, which arrange excursions, invite speakers, produce plays, show films, hold parties, and run other social events.

There are also many College and University clubs and societies catering for all kinds of interests. Durham itself is a small cathedral city, and Newcastle-upon-Tyne with the shopping centres, cinemas, theatres, discos and other facilities of a large urban centre is less than twenty minutes away by train.
Find out more about the wider student experience

Learn more about our virtual tours