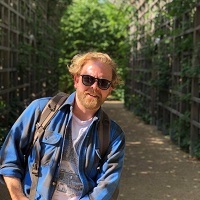 Eric holds an undergraduate degree in environmental science from the University of Dundee, and a Masters in anthropology, environment and development from University College London (UCL). After finishing his Masters, Eric worked as a co-editor for the Centre for the Anthropology of Sustainability (CAoS) research group at UCL.

Drawing on the synthesis of political and social ecologies deployed by the study of resource materialities, Eric’s research focuses primarily on the multiple temporal and agential relations emergent upon the human/resource frontier. During the course of his studies at Durham, his research has developed a conceptual space that incorporates hauntology, solastalgia and the dissolution of the material/immaterial binary to interrogate the mining-induced resettlement of Kiruna, in Swedish Lapland. 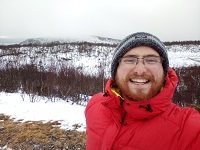 Romain is a PhD student at Durham Law School. His thesis focuses on the interaction between Indigenous rights and international environmental law. As part of his doctoral research, Romain focuses on environmental impact assessments in the Arctic. Romain holds a master’s degree in Polar Law from the University of Akureyri (Iceland), and he is interested in everything polar-related. In addition to his DurhamARCTIC project, Romain has published several articles in Arctic-specific journals on Arctic governance and Indigenous rights, and he recently co-guest edited a special issue of Polar Record (Cambridge University Press) on "International Law for Sustainability in Arctic Resource Development". 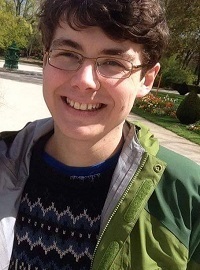 Christian’s current research looks at British exploration, travel and tourism in the Arctic in the late nineteenth and early twentieth centuries, particularly representations of modernity and landscape. His work focuses on how the Arctic was imagined as an empty space in European travel writing, as well as relationships between travellers and indigenous peoples in the Arctic. By taking an interdisciplinary approach, drawing on both historical and literary sources, Christian’s research considers the significance of enduring imaginative geographies of the Arctic. Through a close reading of a range of texts, he hopes to show how understanding historical colonial relationships in the region illuminates contemporary postcolonial issues.

Before joining the DurhamARCTIC PhD programme, Christian studied for a BA in History at the University of York, followed by an MA in History at University College London (SSEES). His previous research also looked at histories of travel and exploration, particularly mountaineering.

Greta's research examines sea ice mobilities in the Arctic waters of the Bering Sea by taking three perspectives that engage with (i) the mobility of space, (ii) the mobility of human and non-human entities in space, and (iii) mobility as experienced by those around mobile spaces from positions of relative stability. Her research thereby offers a new perspective on the intricate texture of mobility of, in and around the icy waters of the Bering Sea, revealing the ways in which different subjects, perspectives and ways of knowing intersect in complex ways to give insight into the entanglement of perception, cognition, movement and stasis that constitutes mobility.

Prior to starting her PhD, Greta studied Geography at Durham, followed by a two-year MSc in Geographical Information Management and Applications at the University of Utrecht, the Netherlands. She also worked for two years as a GIS consultant in Milan. 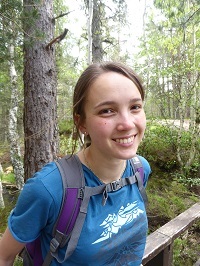 Katy graduated from the University of Birmingham with an MSci in Biological Sciences, specialising in ecology and climate change. Her PhD focuses on the effect of climate change and natural enemies on the risk of non-native plant invasion in Arctic Norway. Strong warming effects taking place throughout the Arctic may mean that non-native plants are more likely to establish themselves in vulnerable Arctic habitats. To assess the likelihood of this, she is using modelling approaches to determine which species may pose a risk to Norway both now and in the future. She is also determining the effect of herbivory and warming on invasive species using field techniques. 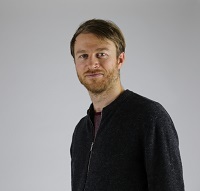 David is a PhD student in the Department of Biosciences’ Conservation Ecology Research Group. His research focuses on how Arctic breeding waders are affected by the range expansion of Red Fox and other meso-predators into their tundra breeding grounds. David is collaborating with the University of Tromsø (UiT) to gather field data on the breeding productivity of waders in Northern Norway to assess the effect of management of the Red Fox population. He is also working with UiT to build a tool which will allow hunters to submit data on encounters with foxes and other meso-predators in tundra habitats to improve knowledge of the abundance and distribution of these species in more remote areas.

Prior to joining the program, David was a researcher for the British Trust for Ornithology in Scotland where he worked on upland ecology. David also holds a master’s degree in Ecological Economics from the University of Edinburgh.