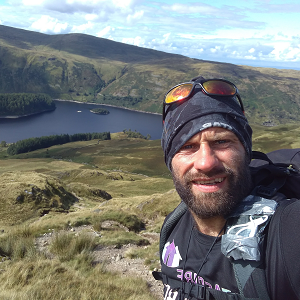 Paul’s research investigates how resilience in extreme environments may be explained using broad theories in psychological science. Self-determination theory proposes that the fulfilment of basic psychological needs can predict a person’s levels of resilience, defined as a multi-dimensional construct including factors such as well-being, vitality and the type of coping strategies utilised. SDT has shown strong empirical support in others life domains; however, relatively few have investigated in extreme environments such as the Arctic.

Prior to starting his PhD, he graduated from Durham University with a first-class degree in Applied Psychology, where he was awarded the David Kleinman Dissertation Award for his work examining the personality and cognitive strategies employed by ultrarunners. This work built on previous studies completed during a 2-year Laidlaw Research Scholarship that studied changes in mood fluctuations in the same group. 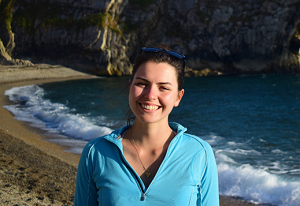 The aim of Beth’s PhD is to assess the potential for the Arctic to be invaded by novel species and the potential for novel assemblages to form. Using distribution modelling, her research focuses on key terrestrial and marine species and habitats and further evaluates both the ecosystem and consequent human impacts of such changes.

Before joining DurhamARCTIC, Beth studied Zoology with a Professional Training Year at Cardiff University and undertook an MSc in Conservation and Biodiversity at the University of Exeter. She conducted research within the Zoology department at Cambridge University during her BSc studying fish social behaviour. For her MSc research project she used an altitudinal gradient to study variation in breeding phenology, spring phenology and resource peaks in a population of tits in the French Pyrenees. 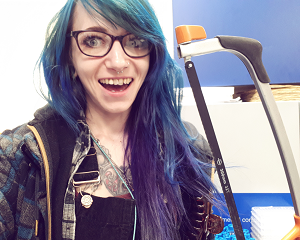 Sal’s current research examines how multidisciplinary investigations of environmental change in archaeological contexts can connect modern and past issues of human impact on pristine environments. She is investigating the impact of Norse settlement and agricultural amendments on the pristine landscape of Iceland, examining faunal and botanical specimens from archaeological and modern contexts using stable isotope analysis.

Prior to joining the DurhamARCTIC PhD team, Sal studied for her BSc in Archaeology and an MSc in Bioarchaeology, both at Durham University. She also worked within the University in the departments of Archaeology and Geography as a laboratory technician and an isotope research assistant. Her previous research has examined dietary reconstruction of faunal remains from British archaeological sites using stable isotope analysis, specifically focusing on dietary changes through life in pigs to identify animal husbandry strategies. 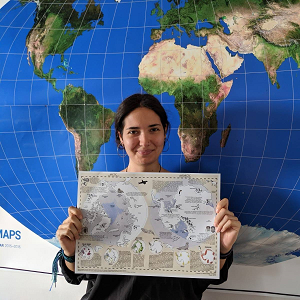 Danai is a PhD student at Durham’s Geography department where she is mapping the changes and feedbacks between Sea Ice and Coastal Vegetation in the Arctic. Her focus is on the spatial and temporal analysis of remote sensing data. Danai has a huge enthusiasm for Polar Geography and a short in vivo experience in the Arctic (University of Svalbard). Her background is full of maps: she holds a bachelor's degree in Geography from the University of the Aegean and has been a full scholarship grantee and Cartography MSc (T.U. Munich, T.U Vienna, T.U. Dresden, and University of Twente) where, for her master's thesis, she developed innovative three-dimensional visuals in cylindrical form for the time and space illustration of the anomalies of ice and vegetation in the Arctic. 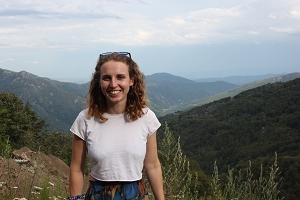 Ellie’s thesis explores regional impacts of climate change on populations of Arctic charr, the world’s most northerly distributed freshwater fish species. By comparing high Arctic populations from Svalbard with lower latitudes from the UK she is seeking to determine their potential for adaptation or acclimation to a changing climate. This project integrates genetic and ecological analysis in the Bioscience department with stable isotope analysis in the Geography department. Ellie is also considering the cultural and socio-economic implications for Arctic indigenous and non-indigenous communities who rely on Arctic charr as a key aquatic resource. Before starting her PhD Ellie completed an MSci in Marine Biology at the University of Southampton with 6 months study abroad at the University Centre in Svalbard. Her Masters thesis explored drivers of benthic ecosystem functioning in the Barents Sea. 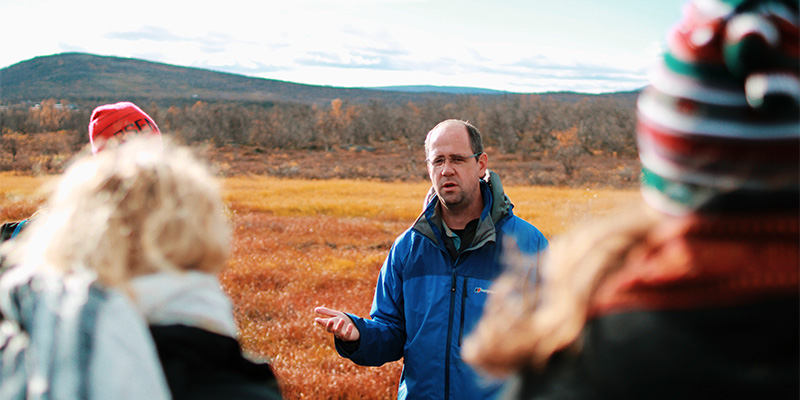