ReferenceError: "department" is not defined.
Skip to main content
Centre for Visual Arts and Cultures

The Purchase of the Past: Collecting Culture in Post-Revolutionary Paris, c.1790–1890

Offering a broad and vivid survey of the culture of collecting from the French Revolution to the Belle Époque, The Purchase of the Past explores how material things became a central means of accessing and imagining the past in nineteenth-century France. By subverting the monarchical establishment, the French Revolution not only heralded the dawn of the museum age, it also threw an unprecedented quantity of artworks into commercial circulation, allowing private individuals to pose as custodians and saviours of the endangered cultural inheritance. Through their common itineraries, erudition and sociability, an early generation of scavengers established their own form of 'private patrimony', independent from state control. Over a century of Parisian history, Tom Stammers explores collectors' investments – not just financial but also emotional and imaginative – in historical artefacts, as well as their uncomfortable relationship with public institutions. In so doing, he argues that private collections were a critical site for salvaging and interpreting the past in a post-revolutionary society, accelerating but also complicating the development of a shared national heritage.

In 2021, Tom's book won the RHS Gladstone Prize for first books in fields other than British and Irish History.

Find out more about The Purchase of the Past

Find out more about Tom's research 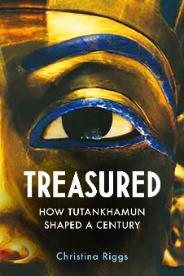 Treasured: How Tutankhamun Shaped a Century

When it was found in 1922, the 3,300-year old tomb of Tutankhamun sent shockwaves around the world, turning the boy-king into a household name overnight and kickstarting an international media obsession that endures to this day.

From pop culture and politics to tourism and heritage, and from the Jazz Age to the climate crisis, it’s impossible to imagine the twentieth century without the discovery of Tutankhamun – yet so much of the story remains untold. Here, for the first time, Christina Riggs weaves compelling historical analysis with tales of lives touched by an encounter with Tutankhamun, including her own. Treasured offers a bold new history of the young pharaoh who has as much to tell us about our world as his own.

Find out more about Treasured: How Tutankhamun Shaped a Century

Find out more about Christina's research 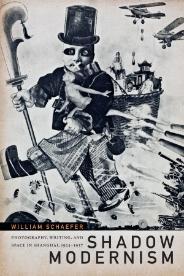 During the early twentieth century, Shanghai was the center of China's new media culture. Described by the modernist writer Mu Shiying as "transplanted from Europe" and “paved with shadows,” for many of its residents Shanghai was a city without a past paradoxically haunted by the absent past’s traces. In Shadow Modernism William Schaefer traces how photographic practices in Shanghai provided a forum within which to debate culture, ethnicity, history, and the very nature of images. The central modernist form in China, photography was neither understood nor practiced as primarily a medium for realist representation; rather, photo layouts, shadow photography, and photomontage rearranged and recomposed time and space, cutting apart and stitching places, people, and periods together in novel and surreal ways. Analyzing unknown and overlooked photographs, photomontages, cartoons, paintings, and experimental fiction and poetry, Schaefer shows how artists and writers used such fragmentation and juxtaposition to make visible the shadows of modernity in Shanghai: the violence, the past, the ethnic and cultural multiplicity excluded and repressed by the prevailing cultural politics of the era and yet hidden in plain sight.

Find out more about Shadow Modernism

Find out more about William's research

What can visual artifacts tell us about the past? How can we interpret them rigorously, weaving their formal and material qualities into rich social contexts to reach wider historical conclusions? Unfolding key historiographical and methodological issues, Writing Visual Histories equips students to answer these questions, showing visual analysis to be a key skill in historical research.

A multifaceted structure makes this a practical guide for writing and reflecting on visual histories. A first section includes six case studies -- on topics ranging from medieval heraldry to Life magazine. These examples are followed by an exploration of essential concepts that inform historical thinking about visual matters, a treatment of disciplinary practices, and discussion of the practicalities (such as accessing museum collections and organising permissions) that scholars working with visual sources have to navigate.

This book is an invaluable tool kit for opening up a historical understanding of visual phenomena and practices of looking, and for writing that takes an integrated approach to studies of the past.

Find out more about Ludmilla's research 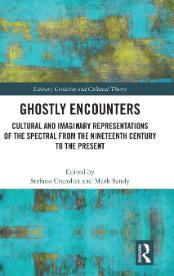 Ghostly Encounters: Cultural and Imaginary Representations of the Spectral from the Nineteenth Century to the Present

This volume reflects on the ghostly and its varied manifestations including the uncanny, the revenant, the echo, and other forms of artistic allusion. These unsettling presences of the spectral other occur in literature, history, film, and art. The ghostly (and its artistic, literary, filmic, and cultural representations) remains of burgeoning interest and debate to twenty-first century literary critics, cultural historians, art historians, and linguists. Our collection of essays considers the wider implications of these representations of the ghostly and notions of the spectral to define a series of different, but inter-related, cultural topics (concerned with questions of ageing, the uncanny, the spectral, spiritualism, eschatology), which imaginatively testify to our compulsion to search for evidence of the ghostly in our everyday encounters with the material world.

Find out more about Ghostly Encounters

Find out more about Stefano's research 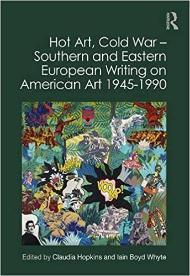 Hot Art, Cold War – Southern and Eastern European Writing on American Art 1945-1990 is one of two text anthologies that trace the reception of American art in Europe during the Cold War era through primary sources.

Translated into English for the first time from sixteen languages and introduced by scholarly essays, the texts in this volume offer a representative selection of the diverse responses to American art in Portugal, Italy, Spain, Greece, Yugoslavia, Romania, Bulgaria, Soviet Union (including the Baltic States), Czechoslovakia, Poland, Hungary, and East Germany (GDR). There was no single European discourse, as attitudes to American art were determined by a wide range of ideological, political, social, cultural and artistic positions that varied considerably across the European nations.

Hot Art, Cold War – Northern and Western European Writing on American Art 1945-1990 is one of two text anthologies that trace the reception of American art in Europe during the Cold War era through primary sources.

With the exception of those originally published in English, the majority of these texts are translated into English for the first time from eight languages, and are introduced by scholarly essays. They offer a representative selection of the diverse respo 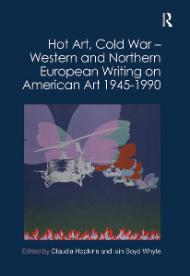 nses to American art in Great Britain, Ireland, France, Belgium, the Netherlands, West Germany (FRG), Austria, Switzerland, Denmark, Norway, Sweden, and Finland. There was no single European discourse, as attitudes to American art were determined by a wide range of ideological, political, social, cultural, and artistic positions that varied considerably across the European nations.

These volumes offer the reader a unique opportunity to compare how European art writers introduced and explained contemporary American art to their many and varied audiences.

Whilst many are fluent in one or two foreign languages, few are able to read all twenty-five languages represented in the two volumes. These ground-breaking publications significantly enrich the fields of American art studies and European art criticism.

These books are a joint initiative of the Terra Foundation for American Art and the editors of the journal  Art in Translation at the University of Edinburgh. The journal, launched in 2009, publishes English-language translations of the most significant texts on art and visual cultures presently only available only in their source language. It is committed to widening the perspectives of art history, making it more pluralist in terms of its authors, viewpoints, and subject matter.

Whilst many are fluent in one or two foreign languages, few are able to read all twenty-five languages represented in the two volumes. These ground-breaking publications significantly enrich the fields of American art studies and European art criticism.

Find out more about Claudia's research