The Provost Office consists of eight members of staff:

We also work closely with a number of Professional Support Staff Teams to meet our objectives, these include:

Many of the key policies that underpin our work can be found through these links.

The Provost Office strives to make a difference through our academic community locally, nationally and globally. And, the Durham University Strategy 2017-2027 sets out how we propose to do this.

Antony took up his role as Deputy Vice-Chancellor and Provost at Durham University in November 2016, having previously served in a number of senior leadership positions at Durham.

He chaired the University's Accommodation and Estates Programme Board and the Queen's Campus Transition Group and has twice served as Head of the Department of Geography.

Antony's research expertise is in past and future sea-level change, a topic on which he has published extensively.

Antony holds an undergraduate degree and a PhD in Geography from Durham University.

The Deputy Provost supports the Provost in the delivery of the University's Academic Strategy. Simon's remit includes recruitment, progression and promotion of academic staff, departmental and college planning, and equality, diversity and inclusion across the University.

Simon took up the role of Deputy Provost in January 2019, having been Principal of St Mary's College since September 2011. Prior to this, Simon was Head of the School of Applied Social Sciences and then Deputy Head (Research) in the Faculty of Social Sciences and Health at Durham.

Simon has undertaken a wide range of cross-University roles including being Vice-Chair of Durham's Ethics Advisory Committee, Chair of the University's Safeguarding Operations Group, member of the Sexual Violence Management and Operations Group and member of Senate Discipline Committee. Simon was also one of two Senate elected members of the joint Council and Senate Governance Review Board.

Simon's academic position at Durham is as Professor of Child Abuse and Neglect and his research relates largely to interpersonal violence and child maltreatment in its various forms. He is known internationally in the field of research into sexual offending and, specifically, in relation to children with harmful sexual behaviours.

The Vice-Provost (Education) is responsible for the delivery of the University's Education Strategy, which aims to deliver a premium educational experience for all students that meets diverse needs and ensures future success.

Alan is an award-winning historian of political thought, specialising in early-modern Britain and America.

Alan holds an undergraduate degree in Mathematics and Political Philosophy from Oberlin College, Ohio, and a Master's degree and a PhD in Government from Harvard University.

The Vice-Provost (Research) is responsible for the delivery of the University's Research and Engagement Strategy and for supporting our academic and research staff and students to deliver internationally leading research and impact.

Colin joined the Chemistry Department at Durham in 2005 from Oxford University. He has held a number of leadership roles at Durham including Director (Science) of the Institute of Advanced Study and Dean and Deputy Pro-Vice-Chancellor (Research). He is currently Director of the EPSRC Centre for Doctoral Training in Soft Matter for Formulation and Industrial Innovation (SOFI2).

Colin's research is in the area of colloid and interface science and crosses the boundaries between chemistry, physics, biology and engineering. Awards for his research include the Craig Lectureship from the Australian National University, the Founder's Lecture at the National Chemical Laboratory in India, the Tilden Medal of the Royal Society of Chemistry and the 2020 Sir Eric Rideal Award for lifetime contributions to colloid and interface science.

Colin received a BA in Natural Sciences from Cambridge University and a PhD in Physical Chemistry from Harvard University. He then returned to the UK as a Royal Society research fellow at Christ's College, Cambridge before moving to a Lectureship at Magdalen College, Oxford University. Catherine provides valuable Executive support in the Provost Office. She assists in the delivery of professional services and is the first point of contact for Professors Long and Hackett.

Her role involves the management of diary and administrative services and liaison with internal departments and external stakeholders. She provides advice and guidance on wider Provost Office issues and is a key member of the Executive support team.

Catherine took up her role as Executive Assistant in The Provost Office in November 2016 supporting the Deputy Vice-Chancellor and Provost and the Deputy Provost.

Prior to this, she supported the Deputy Vice-Chancellor, Dean for Internationalisation and Dean for Education from 2013.

She commenced her career with Durham University in 1985 and provided professional support services in various University Departments and Colleges until 1993 when she took time out of her professional career to raise her family.

Before returning to the University in 2013, she developed her career and spent 15 years in Primary Education teaching children with Special Educational Needs.

She is at the beginning of her career, having joined Durham University in December 2016 after studying History at Northumbria University. She first worked at Bill Bryson Library before moving to Palace Green Library as a Visitor Services Assistant.

Karen supports Professor Alan Houston and Dr Tony Fawcett in the delivery of the University's Education Strategy. The main aspects of Karen's role involve diary management and monitoring incoming correspondence. As well as liaising with internal and external contacts to arrange key meetings, workshops and events that enable the strategic objectives for the Education remit to be delivered.

In the last few years, Di has been involved in a number of projects/reviews and has recently provided administrative support to the Russell Group Pro-Vice-Chancellors for Research Group meetings of which the Durham PVC (Research) was Chair.

Prior to joining Durham University, Di gained experience and qualifications over more than 30 years working with senior management teams within a number of private companies and Surrey Council.

Joining Durham University means so much more than working at one of the world's top universities.
Discover More 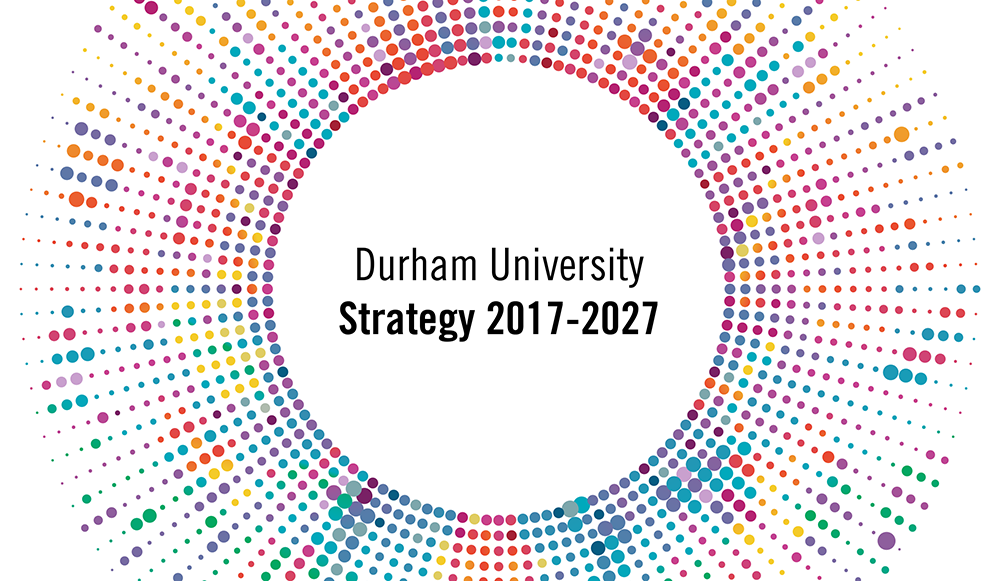