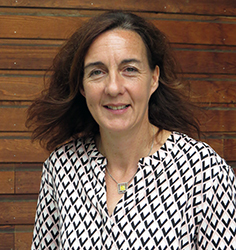 The Executive Dean is responsible for the strategic development and financial performance of the Faculty of Arts and Humanities. A key academic leader, supporting and enhancing research and teaching performance within the Faculty. and an important ambassadorial role for the Faculty and the University.

Janet joined Durham in 2014 from the University of Aberdeen as Professor of German and Visual Culture in the School of Modern Languages and Cultures (MLAC).

She was the founding Director of the Centre for Visual Arts and Culture and part of the team that successfully bid to establish a Leverhulme Doctoral Training Centre for Visual Culture in Durham. She also served as Head of School from 2015 to 2018.

Janet holds an MA and PhD in German and Sociology from the University of Glasgow.