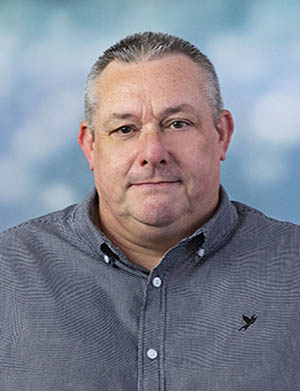 My career began with a four year apprenticeship at Parsons Turbine Generators where with day release to Newcastle College I achieved a City & Guilds in Mechanical Engineering and qualifications in CNC Machining and Part programming. In the third year of my apprenticeship, I was placed in the Tool room where I developed as a Tool Room Engineer in the manufacture of Turbine Generators and attaining Tool Room Machinist on my certificate of apprenticeship. As this facility closed, I moved into the Aeronautical sector (CAV Aerospace) where I was predominately involved in the proof machining of prototypes and parts manufacture of Airbus wing components including the A380.

I joined Durham University in 2007 where my role requires multi-disciplinary skills ranging from precision machining either by hand or CNC, Welding, Woodworking, Laser cutting and rapid prototyping. I am also required to supervise students, sometimes as individuals, sometimes in group activities throughout the Academic year. Skills I have gained over the years from Previous Employments I have shared with my colleagues within the department and helped build resilience through the team. I am also a first aider within the department.