Durham Castle is home to University College, the oldest college of Durham University. Bishop Van Mildert and the Dean and Chapter of Durham Cathedral founded the University of Durham in 1832.

After Van Mildert's death in 1836, the Castle was given to the University, becoming University College in 1837. Early generations of students lived in the Castle Keep, which was reconstructed in 1840 by Anthony Salvin.

Durham Castle has nearly 1000 years of living history and having a thriving community over the last 200 years has allowed much of the original historic material to be maintained and preserved. In the 1920s, it was discovered that parts of the castle were in danger of sliding down the steep slope into the River Wear. Major work was undertaken to underpin and repair the castle and this care and attention continues to the modern day.

This living community has also added to the history of the building and has often been impacted upon by significant events. The 17th century Harrison and Harrison organ in the Tunstall Chapel was installed as a memorial to those died in the First World War and the Norman Chapel was restored to commemorate those members of the Royal Air Force who were at Durham and who died during the Second World War.

Today, Durham Castle has many functions, but as University College, it is a home with facilities such as a library, a bar and a dining room. It is also a base for many societies and sports teams and has a thriving community of undergraduates and postgraduates.

The college motto Non nobis solum (not for ourselves alone) is at the heart of everything that happens at Durham Castle, especially for those - both past and present - who have had the privilege to call Durham Castle ‘home’. 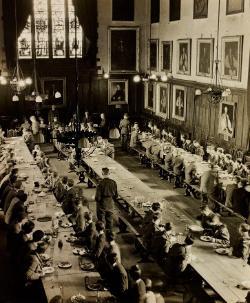 Cadets of the Durham University Air Squadron in the Great Hall during World War II. At the back of the Great Hall you can even see black out curtains over the large stained glass windows. 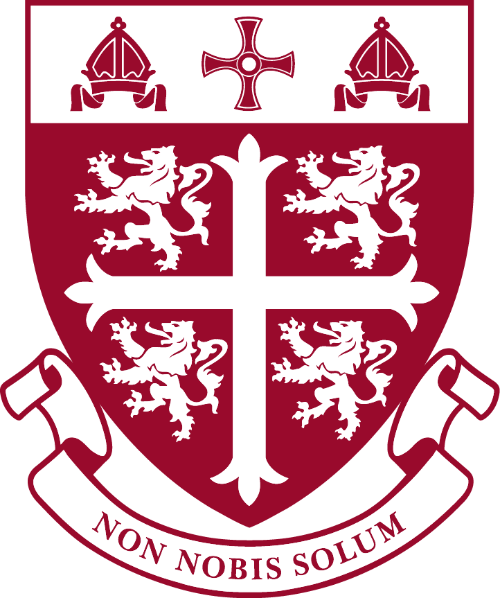