Our on-site College library is open 24 hours a day and has some 10,000 books, mostly recommended text for degree courses and supplementary reading. The library is a popular place for quiet study, especially during exam times.

The Minstrels' Gallery at the south end of the Great Hall has been converted into an extension for the library, providing more workspace for study and storage for less frequently used books. The Library and Minstrels' Gallery are also wireless areas for network access through laptops, the latter having more power sockets available.
Our Facilities 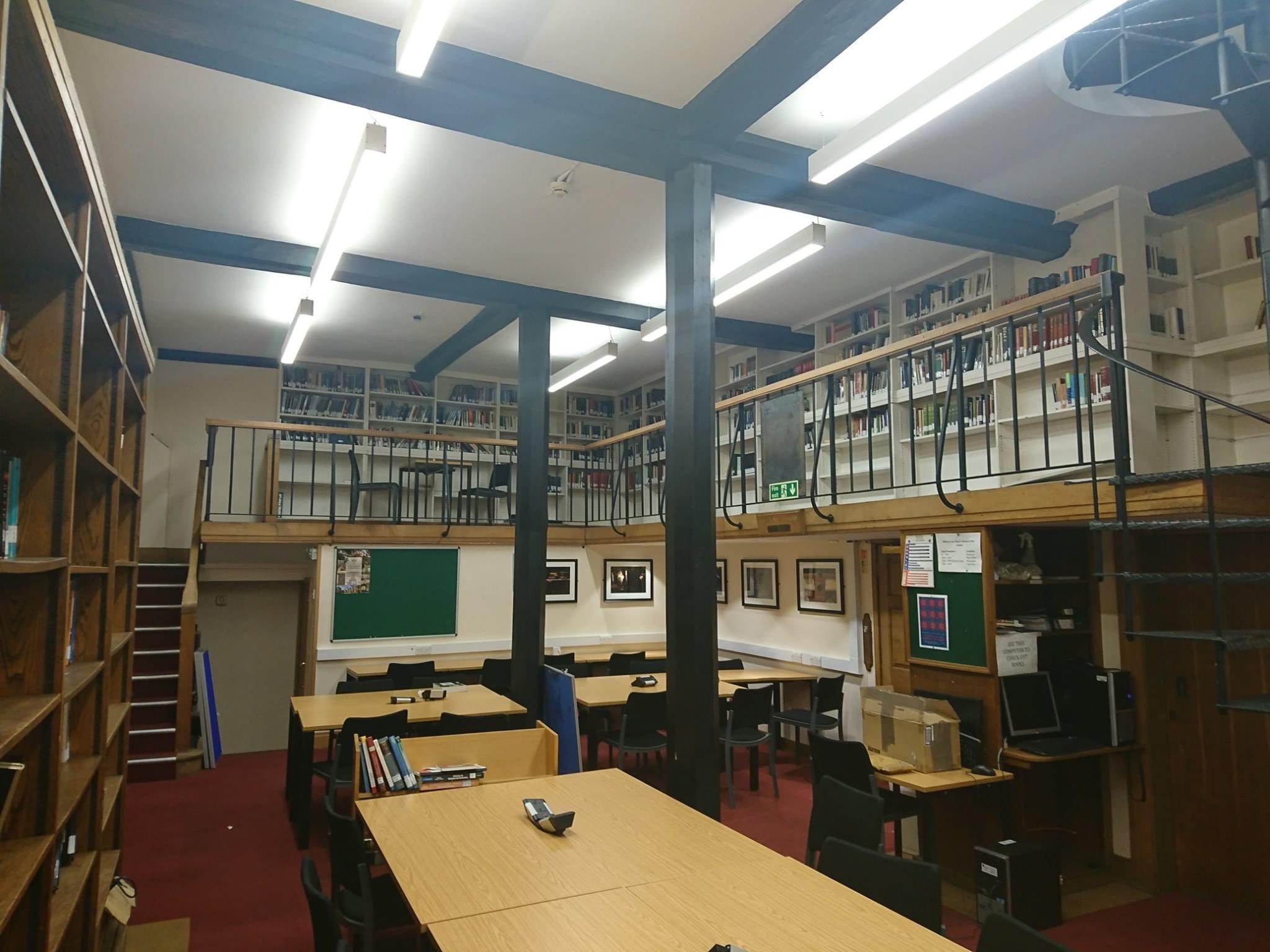 Our ‘Diversify the Lowe’ scheme seeks to broaden our library holdings to make our library resources more representative and to support the continuing education of our members regarding issues in contemporary society.

University College's library is called the Lowe Memorial Library, named in honour of William Douglas Lowe (1879-1922). A tutor in Classics at the College since 1903, he became Bursar and Censor of University College in 1913. He also took a keen interest in rowing, and the development of Durham's OTC. At the outbreak of World War I he became an officer in the Durham Light Infantry, eventually commanding the 18th Battalion, DLI. He returned to Durham after the war and resumed his work, but died suddenly in 1922 at the age of 42. His collection of books formed the basis for the foundation of the College Library.

There is a computer room in Castle on Hall Stairs, close to the Library.

Find out more about the University Library