Keeper of the Flame: Miyan Himmat Khan and the Last of the Mughal Emperors.

Keeper of the Flame: Miyan Himmat Khan and the Last of the Mughal Emperors.

James Skinner’s 1825 Persian inventory of the peoples of Delhi, the Tashrīh al-Aqwām, includes a poignant real-life portrait of Miyan Himmat Khan kalāwant (d.c.1840), the chief hereditary bīn-player to the last Mughal emperors Akbar Shah (r.1806–37) and Bahadur Shah Zafar (r.1837–58). But it was simultaneously designed as an ethnographic archetype: Skinner had it painted to illustrate the “kalāwant community”. Skinner wrote in Persian, and drew on precolonial traditions of writing on ethnographic “types”. But this went hand in hand with the emergent British colonial knowledge project of categorising the communities they now ruled. Skinner’s entry gives us radically different information that is unreconcilable with Himmat Khan’s own biography and his intellectual output—a co-written music treatise, the Asl al-Usūl, which presents a revolutionary modern conceptualisation of the Hindustani tāl (metrical) system. In this talk I read ethnographic paintings and writings in Persian, Urdu, Hindi, and English, c. 1780–1850, against a new wave of Persian treatises on Hindustani music c. 1793–1853. These reveal an incipient Indian modernity in the most authoritative centres of Hindustani music production, Delhi and Lucknow, running in parallel with colonial knowledge at the end of the East India Company’s tenure in India. 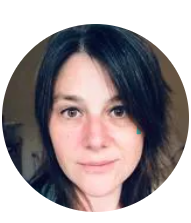 Katherine Schofield is a historian of music and listening in Mughal India and the paracolonial Indian Ocean. She trained as a viola player before embarking on her PhD at SOAS, University of London, and came to King’s after a research fellowship at Corpus Christi College, Cambridge, and a lectureship at Leeds. Formerly known as Katherine Butler Brown.