About the Sir William Luce Fellowship

The Sir William Luce Fellowship is awarded annually to a scholar at post-doctoral level, diplomat, politician, or business executive, working on those parts of the Middle East to which Sir William Luce devoted his working life (Iran, the Gulf states, South Arabia and Sudan), and is hosted by Durham University during the Easter term of each academic year. Recent fellows have included Professor Mark Katz, Edward Thomas, Helen Lackner, Richard Barltrop and Ambassador John W. Limbert.

The Fund is looking for research proposals that examine historic aspects of Iran, the Gulf States, South Arabia and Sudan that throw light on contemporary events. The Fund notes that the University holds a Sudan Archive containing records relating to both Sudan and South Sudan. The Committee administering the Sir William Luce Memorial Fund reserves the right not to make an appointment to a Fellowship.

The Fellowship, tenable jointly in the Institute for Middle Eastern & Islamic Studies and Trevelyan College, entitles the holder to full access to departmental and other University facilities such as Computing and Information Services and the University Library. The Fellowship also carries a grant, accommodation and all meals for the duration of the Fellowship. Fellows reside at Trevelyan College and are warmly encouraged to take a full part in the life of the Senior Common Room during their residence.

The Fellow is expected to deliver a lecture on the subject of his or her research which will be designated ‘The Sir William Luce Lecture’, and should be cast in such a way as to form the basis of a paper to be published in a special edition of the Durham Middle East Papers series.

The application period for the 2023 fellowship will begin in June 2022 and run to a date in the autumn that will be announced on this page. Enquiries in the meantime may be directed to:

Durham University offers one of the most attractive academic environments in Britain in which to pursue research in Middle Eastern and Islamic Studies. Its Institute for Middle Eastern and Islamic Studies was established in 1962 and now is known internationally for the wide range of Middle Eastern expertise it offers. It has built up a large graduate programme focusing particularly on the economy and politics of the Middle East. In September 2002, the Institute moved into a purpose-built building, generously donated by the H.H. Sheikh Dr Sultan Bin Mohammed Al Qasimi, Ruler of Sharjah. The Fellow will be encouraged to participate in all the academic and social programmes of the Institute.

Trevelyan, one of the most modern of Durham's Colleges, is of considerable architectural interest and sited within easy walking distance of the University Libraries and teaching departments. It is in close proximity to the Institute, close to five other Colleges and the Botanic Gardens. It has a lively Senior Common Room drawn from all the University's departments, a resident senior academic community of some 15 people and a Postgraduate Centre. During the vacations the College is quieter than in term time and engages in conferences and other trading activities. As a Member, the Fellow will have the right of access to all facilities, including the Senior Common Room, the computer room and library, TV rooms etc. and will be encouraged to join the activities of the College. 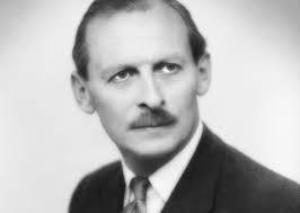