A multi-isotope base map for Jordan:

a tool for re-examining movement and community in the past

The relationships between sedentary agricultural communities and more mobile groups such as pastoralists have historically played an important role in the formation of the national identity of the modern state of Jordan. However, issues around how identities are constructed, and communities conceptualised, remain a matter of debate. This project seeks to use skeletal remains from ancient cemeteries to provide an understanding of the relative homogeneity / diversity of the communities living in Jordan at different points in the past.

Traditional archaeological ways of identifying migration and mobility such as changes in material culture can be problematic. For example, incomers may adopt the material culture of pre-existing populations and thus appear ‘invisible’ to archaeology, while non-local traits can be adopted by communities as a matter of fashion, or to reflect changing identities or political affiliation.

In contrast, isotopic analysis of skeletal remains can provide direct evidence for mobility.  In this case we extract samples from human tooth enamel, the composition of which reflects the isotopic composition of the food and water consumed by that person in childhood – which can then be compared to isotopic values typical of the place where the individual was buried.  However, the accurate interpretation of movement patterns requires an understanding of spatial variation in local isotopic signatures present in the natural environment – in effect, baseline mapping. The absence of this information from much of the Middle East has hampered efforts to employ isotopic studies effectively in the region, and has prevented the kind of nuanced understandings of past ME communities that has resulted from successful employment in Europe in recent times.

Image above: Reliable water-sources such Qasr Burqu in the basalt desert of eastern Jordan are an important water source for mobile populations

The project has two components. 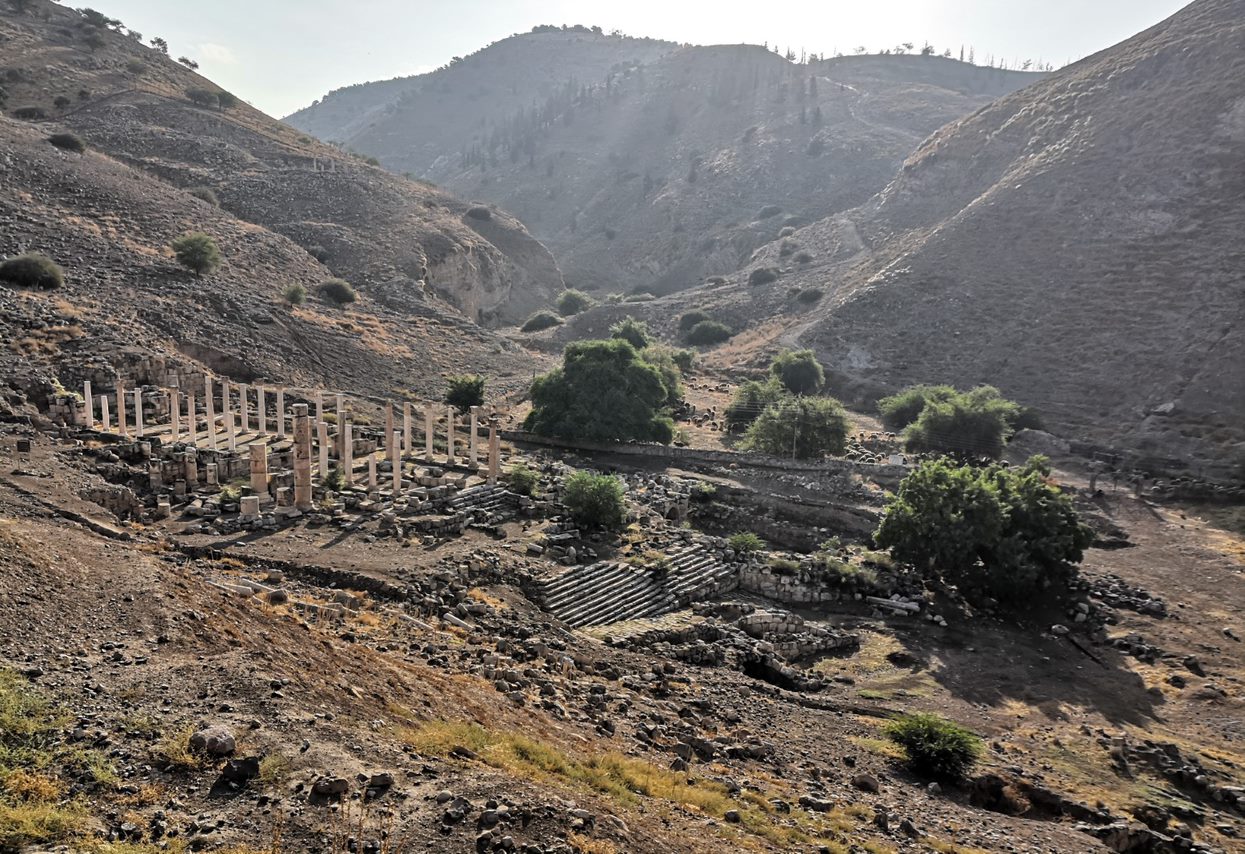 Image above: The site of Pella in the Jordan valley; the cemeteries cover more than 3000 years of human occupation

The completion of this project will result in an open access online publication of the isotope datasets and base-maps, which we believe will lead to a rapid increase in the uptake of isotopic techniques within Jordanian archaeology, and will be of interest to those areas of the economy where the traceability of crops and livestock is important. Several academic publications and a workshop to be hosted at Yarmouk University to present and promote the resulting research to academic audiences are foreshadowed, while a public exhibition to be displayed at a suitable regional locale, will explore the extent of mobility and diversity among the ancient population of Pella.

This project is funded by the AHRC Newton-Khalidi programme Cultural Heritage and Sustainable Development in Jordan (Grant Ref: AH/S011676/1), and is a collaboration between Durham University (U.K), Yarmouk University (Jordan) and the Department of Antiquities of Jordan, in partnership with the Pella Project at the University of Sydney (Australia), and is affiliated with the Council for British Research in the Levant.

Return to all projects

Department of Archaeology
Council for British Research in the Levant