Astrobiology is an unusual scientific field in a number of ways. One thing that sets it apart is the degree of uncertainty and disagreement in the community. For example, astrobiologists are divided on the extent to which ‘life’ should count as a reasonable explanation of a given phenomenon for which no abiotic account currently exists (most recently, apparent phosphine on Venus). Another is how a central concept in the field – that of a ‘biosignature’ – should be understood. Thus a re-think is warranted when it comes to a range of foundational questions, in the field, including appropriate handling of ‘risk’ and ‘reward’ when it comes to project design and funding. In this project we critically examine the foundations of astrobiology over a sustained period of time, combining scientific, philosophical, and historical perspectives and methods. This project will take a major step forward in establishing the foundations of astrobiology as a transdisciplinary research field with potentially transformative consequences for scientific practice.

More about the EURiCA Project

The Successes And Failures Of Science Through The Lens Of Intellectual Humility: Perspectives From The History And Philosophy Of Science (2021 - 2023)

Scientific endeavours fail or succeed for many reasons. We hypothesize that Intellectual Humility, or its lack, plays a significant role, not just as a virtue of individual scientists but as embodied in the norms, practices and institutions that constitute science. We will look at successes and failures in science through the lens of intellectual humility in order to chart what it looks like in scientific institutions and how it affects scientific success. This project aims to open up research on intellectual humility in science, to show how it affects how science is conducted, and how it impacts on science’s effectiveness and progress and its ability to serve society. To achieve our aims we will look at successes and failures in different domains of pure and applied science: physics, chemistry, and the socio-economic sciences.

The Centre for Humanities Engaging Science and Society (CHESS)

More about the 'Intellectual Humility' project

Are the past or future real?  Does time have an irreversible direction, from past to future?
Does the present really move, such that a wedding in the future becomes present, and then past? Today, these questions are central to the philosophy of time. Yet that was not always the case. This history of philosophy project tells 'origin stories'. It explores why and how these questions emerged in British philosophy around the turn of the twentieth century. Twelve philosophers were at the centre of these changes: Shadworth Hodgson, Bertrand Russell, Victoria Welby, J. M. E. McTaggart, Arthur Eddington, Susan Stebbing, Samuel Alexander, C. D. Broad, A. N. Whitehead, J. W. Dunne, Hilda Oakeley, and May Sinclair. This project will explore their theories of time, and contextualise them in the period. Their work was affected by developments in science, including new theories of evolution in biology, new theories of time perception in psychology, and new theories about spacetime in physics.

More about the 'Inventing Time' project

Mapping the Quartet: The Living Legacy of a Female Philosophical School (2019 - 2021)

Elizabeth Anscombe, Philippa Foot, Mary Midgley and Iris Murdoch were philosophy students at Oxford during the Second World War when most male undergraduates (and many tutors) were conscripted. Taught by refugee scholars, women and conscientious objectors, they developed a philosophy that could respond to the war's darkest revelations. Mapping the Quartet is a blend of philosophy and recovered history - bringing back to life the women who shared ideas, as well as sofas, shoes and even lovers.

More about the 'Mapping the Quartet' project

What is time? Is the past real? Does the present really move? These questions are debated by contemporary metaphysicians of time, and the debates are informed by work on time that occurred in the twentieth century, by philosophers such as J. M. E. McTaggart, Henri Bergson, C. D. Broad, Susan Stebbing, Martin Heidegger, Samuel Alexander, J. J. C. Smart, and Arthur Prior. Two groups of thinkers are working on these kinds of issues - contemporary metaphysics of time, and historians of time in twentieth-century philosophy - and this conference will bring both groups together. A major part of the conference will allow cutting edge metaphysicians to share their work with cutting edge historians of philosophy. The minor part of the conference will explore ways that historians and philosophers of time can achieve impact beyond the academy. This work is funded through a British Academy Rising Star Engagement Award.

Cold Hard Cash and Warm Fuzzy Feels: Exploring the Ethics of Fundraising for the Arts (2016–2018)

The UK funding landscape for the arts in Britain now requires those fundraising for the arts to develop new strategies to attract private funding in a highly competitive ‘market’. At the same time, giving has been professionalized, with the ‘effective altruism’ movement urging potential donors to approach a gift as they would an investment and to require evidence of effectiveness and efficiency. Together this represents a profound shift in the way that we conceptualize the nature of philanthropy (love of humanity) and the value of the arts. The university and arts sectors have not given enough space to reflecting on this change and, in particular, its effect on how early career researchers and artists think about their work and its value. With Wunderbar arts this project will establish a new 'fundraising foundation' as a creative research space —- a piece of live art-cum-philosophy —- to explore the ethics of asking for and giving money. Workshops will invite those on both sides of the arts funding relationship to explore the perils and possibilities of giving and receiving money. This work is funded through a British Academy Rising Star Engagement Award.

What is time? During the early modern period, a new answer emerged: time is ‘absolute’, in the sense it exists independently of human minds and material bodies. This thesis had a huge impact, affecting natural philosophy and theology, as well as existing metaphysics of change, freewill, personal identity, and idealism. However, existing scholarship focuses on early modern accounts of space, and neglects time. This project addresses that problem, providing a sustained study of the development of time in early modern British metaphysics. Along the way, it recovers the work of women philosophers who have traditionally been neglected in the histories of our discipline.

This project is funded by a Netherlands Research Council (NWO) Veni grant.

We don’t know how to understand absences, non-existents, gaps, holes, limits and various nothingness’s. But nothing matters. Lack of water kills you. How does it do so if it is nothing at all? And how can a universe have been created from nothing? Are there negative properties, negative truths, and perceptions of absence, omissions, and non-existent particulars? Philosophers have tried to solve these problems by reifying nothingness: accepting it as part of reality. Using philosophical methods and resulting in a major monograph to be called Nothing Really Matters, this project aims for a systematic and definitive resolution of the debate without treating nothing as if it were something.

This project is funded through a Leverhulme Major Research Fellowship.

Knowledge for Use: Making the Most of Social Science to Build Better Policies (2015–2020)

'Research is an investment in our future’ says Horizon 2020. That’s only true if you know what to do with it. When it comes to social policy, we don’t really know how to put our research results to use. K4U aims to remedy this. K4U will construct a radically new picture of how to use social science to build better social policies. This picture will be founded on an ambitious philosophical study of the technology of social science including a thorough reconceptualization of objectivity, deliberation and the role of values in the science/society interface.

This project is funded by a 5 year 'Advanced Grant' of just over 2 million euros from the European Research Council under Horizon 2020, starting in November 2015. It will provide support for post-doctoral research and for 2 PhD students over the course of the grant.

The history of twentieth-century philosophy is still being written. This project will ensure that the work of a remarkable group of women philosophers -- Mary Midgley, Elizabeth Anscombe, Iris Murdoch, and Philippa Foot -- is at the centre of that history. Combining archival work, reading groups, interviews, and philosophical research, we are arguing that these women represent a distinctive philosophical school, whose methods and insights are of deep relevant today.

This project is funded by a 2 year 'Small Research Grant' from the British Academy. It will provide support for a research assistant.

History of Hypnotism in Europe (2016)

This project brings together an international group of researchers working on the historical debates on the benefits and dangers of hypnosis in the late nineteenth and early twentieth century in Germany, France, Belgium, Spain, and Italy. Drawing upon a wide variety of medical, legal, socio-political, and cultural sources, the contributors highlight conflicts between professional and lay practice of hypnosis as well as between different fractions of the medical and psychiatric professions; the uncertain legal status of ‘hypnotic crime’; the relationship between doctors and stage hypnotizers; and wider public perceptions of hypnosis. Beyond national developments, attention is given to transnational influences and discourses.

As part of this project, Professor Holger has edited a special issue of Notes and Records: Royal Society Journal of the History of Science (June 2017)

This project is funded by a Wolfson Research Institute Small Grant.

This project is funded by an AHRC Research Grant

Beyond Etiquette: British Medical Ethics in the Age of Professionalization (2016)

Following the advent of modern bioethics, the medical ethics of nineteenth- and early twentieth-century Britain has been criticized for having been much more concerned with etiquette and conflicts between practitioners than with moral matters in the encounters with patients. My project challenges this perception by analysing diverse sources of historical medical ethical thought and practice, such as doctors' writings on ethics, disciplinary activities of the General Medical Council, and the central ethics committee of the British Medical Association. I argue that professional medical ethics was guided by widely accepted social values and strived to fulfil contemporary patient expectations.

This research aims to challenge the received view that improvisation in musical performance is a kind of instant composition, with lower artistic status than composition. Alternative approaches to thinking about the topic will be considered, including those considering the aesthetic value of spontaneity and energised performance.

This project involves collaboration with Sage Gateshead and international jazz musicians and critics.

Emergence, or dependent novelty, is once again a major focus of interest in science and philosophy. In weak emergence, the novelty concerns knowledge of the world, or our description of it: emergence is unpredictability, or the applicability of new concepts. The existence of weak emergence is uncontroversial. Strong emergence is novelty in the world itself: new properties or objects, new laws or causal powers. In this project we propose to investigate philosophical and scientific characterisations of strong emergence, and carefully examine the scientific evidence for its existence.

This project was funded by a John Templeton Foundation Large Grant. It provided support for two post-doctoral research fellows and 2 PhD students.

Portraits of Integrity is an online archive. Scholars have contributed ‘Portraits’ of individuals whose life or work can help us to understand what integrity is and why it matters. Each ‘Portrait’ consists of an essay introduction, selected readings, and a 15-minute lecture, available as an audio download.

This project was started through British Academy Small Grant.

This project is the first of its kind in the UK to bring together philosophers, archaeologists, and museum and heritage practitioners to focus on the relation between ethics and aesthetics, and to explore how this relation shapes our understanding and practice of archaeological stewardship.

The project was funded by an AHRC grant and is a joint research project between Durham University’s Philosophy and Archaeology Departments.

Find out more about our department and our research.
Contact Us 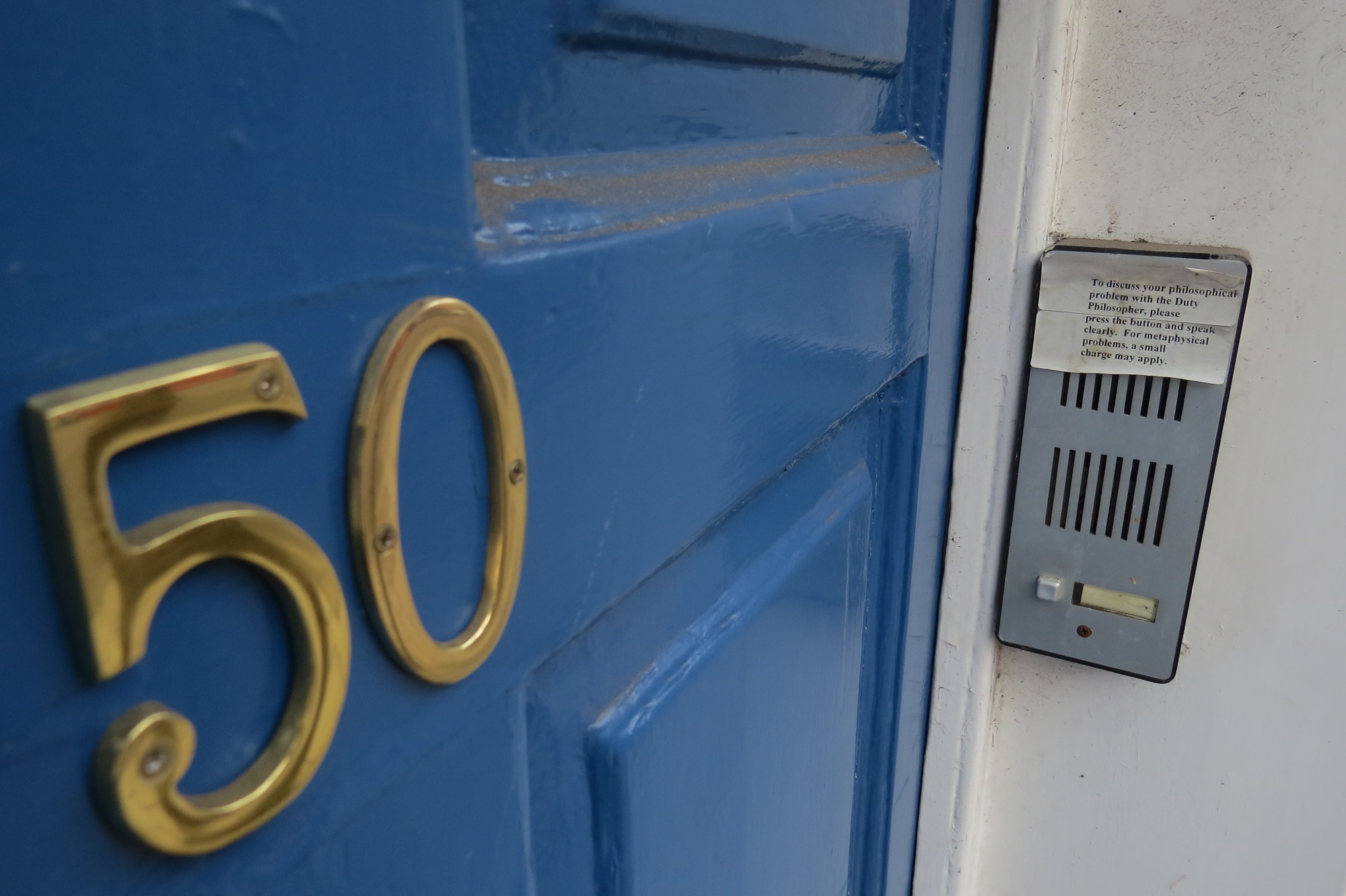