The Centre for Catholic Studies is establishing itself as a leading academic centre for Catholic Social Thought and Practice (CSTP), working in close collaboration with the UK Centre for CSTP, which brings together academics and practitioners, including CAFOD, the Caritas Social Action Network (CSAN), the Von Hügel Institute (Cambridge) and the Las Casas Institute (Oxford).

At the core of this is the St Hilda post in CSTP, founded in partnership with a group of committed, major benefactors from the UK, Europe, and the US. This enabling group includes major foundations, women’s religious congregations, and business executives who are each passionate about providing world-leading critical academic resource to contribute to the constructive development and imaginative practical application of Catholic Social Thought and so aid its wider critical engagement and dissemination amongst both scholars and professionals alike. The St Hilda post is held by Prof. Anna Rowlands, a political theologian and expert on Catholic social teaching with special interests in the work of Hannah Arendt and Gillian Rose. Anna works with faith based organisations, policy makers, activists, social entrepreneurs and Church groups (among others).

A selection of our CSTP projects are described below.

Refugee Hosts: Local Community Experiences of and Responses to Conflict-Induced Displacement from Syria: Views from Lebanon, Jordan and Turkey

Anna Rowlands is working in the area of migration and theological ethics. The CCS is delighted to be a co-recipient of an Arts and Humanities Research Council and Economic and Social Research Council award for a project which is examining local community experiences of and responses to conflict-induced displacement in Lebanon, Jordan and Turkey. In particular, this interdisciplinary project explores the roles that local communities - including communities of faith - play in responding to and supporting refugees. This involves understanding how religious identities inform local ‘host’ community responses to refugees, the way that religious values in humanitarian outreach affect provision, and the way that refugees themselves negotiate religious identities whilst on the move. For more details about this work and access to related resources, please see the Refugee Hosts project website.

The CCS is working in partnership with women@thewell and the Centre for Catholic Social Thought and Practice on this groundbreaking project which aims to listen to the voices of women whose lives are affected by prostitution and reflect on their experience. The empirical stage of the research used associative imagery to invite the participants to tell their own stories and interpret their own lives. Their narratives have then engaged a dialogue with CST and theological ethics, drawing in perspectives from feminist ethics, trauma theology and legal philosophy as well as other empirical work.

The research responds to an absence in Catholic social teaching and thought, where almost no attention has been paid to the social and structural reality of prostitution. The project will produce several texts: a report which foregrounds the women’s voices; an open letter to bishops on prostitution in the light of papal CST; a briefing for Catholic politicians, and an academic piece. The first report, entitled Invisible: Prostitution and the Lives of Women, will be available in Autumn 2020 from women@thewell. The other texts will follow.

Claudia Clare's artwork shown here is from the "And the Door Opened" Project, a partnership with women@thewell. 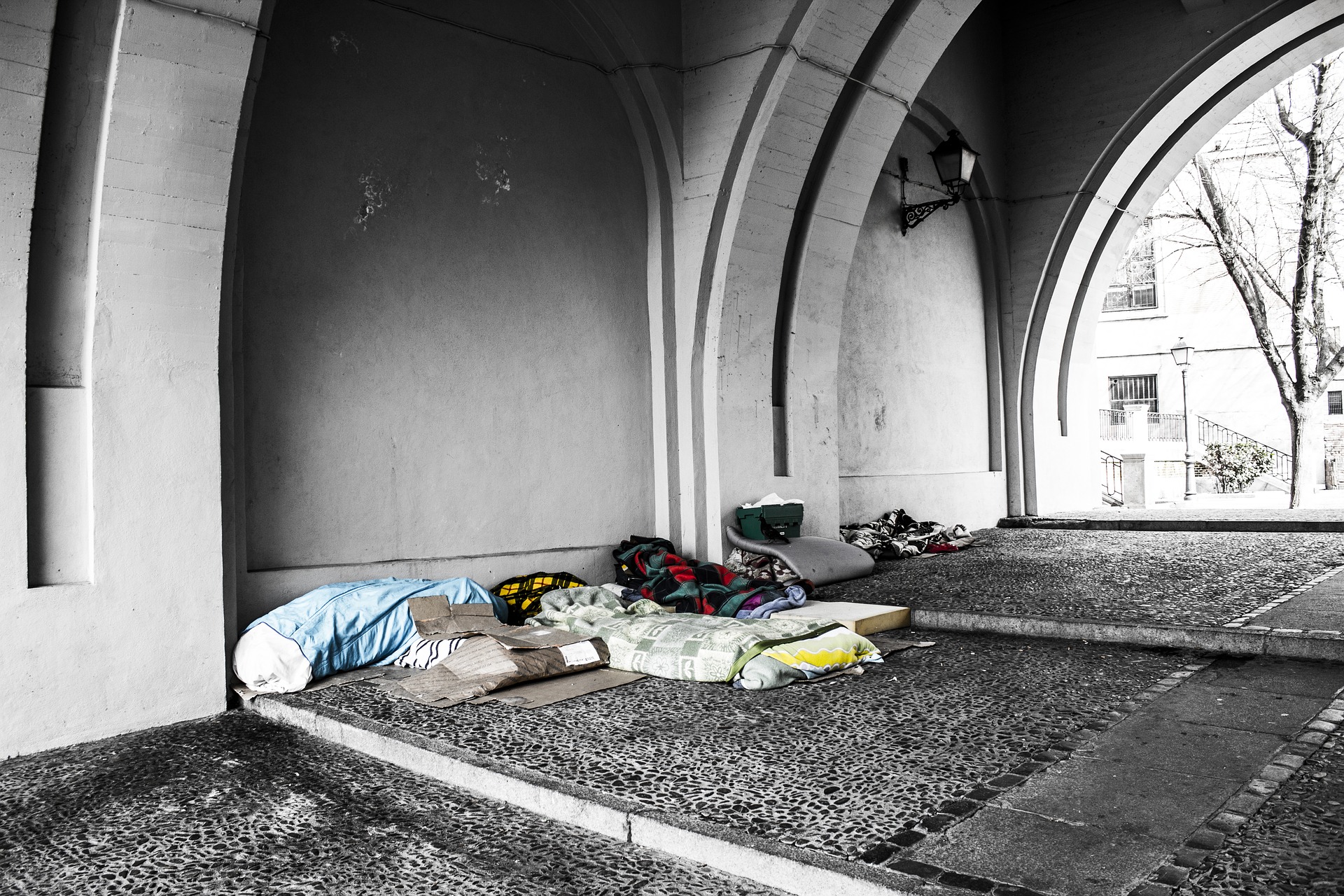 The CCS worked in partnership with Caritas Social Action Network (CSAN) to secure Plater Trust funding for a PhD project studying Catholic homelessness charities in relation to CST and ecclesial concerns about Catholic identity. Dr Pat Jones completed the work in 2019, and her thesis, entitled Discovering the Common Good in Practice: The Catholicity of Catholic Charities, is available here. Since completing the research, Pat has worked with CSAN and its members in several practical projects using her findings.

This work also led to a further partnership between the CCS and Depaul International, resulting in a three-day symposium in Rome in December 2018 on CST and street homelessness, bringing together around 55 participants from 16 countries, working with the Dicastery for Integral Human Development. The symposium led to the publication of the edited volume Street Homelessness and Catholic Theological Ethics (edited by James Keenan SJ and Mark McGreevy, published by Orbis, 2019). You can watch Roseanne Haggerty, Mark McGreevy, and Anna Rowlands talking about this work here. 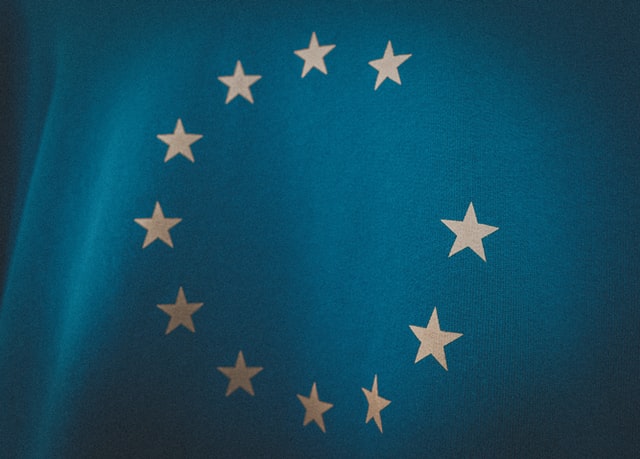 Brexit Fellow Dr Maria Exall is exploring the challenge of Brexit and differing ways we can develop social solidarity in response to this. Her research draws on Catholic Social Teaching and the use of concepts of universality and relationality in contemporary interpretations of the Common Good tradition.

Since 2016 issues of inequality, culture and identity have moved centre stage in political debate. Commentators have referenced Catholic Social Thought as a framework for dealing with the deep socio-economic alienation expressed in the Brexit vote and build solidarity for the future. The project is an examination of two contrasting models of ethical citizenship to build this solidarity, both of which draw upon Catholic Social Thought and the wider Common Good tradition. The first is that to be an ethical citizen you need to be a ‘citizen of somewhere’ – embedded, relational, and part of a distinct group – for only by acknowledging the place where you belong is it possible to have a meaningful and respectful dialogue with others. The second model starts with the understanding that we are all ‘citizens of nowhere’ and that the development of a universal ethics is necessary to embrace growing transnational, multiple identities in our globalising world.

This is an empirical research project looking at the experience of trans Catholics engaging with Catholic organisations. The work is conducted by Dr Nicolete Burbach.

Research suggests there is a great alienation between the trans community and the Catholic Church. However, equally, many trans people are marginalised within our society, and exist among groups to which Catholic organisations have traditionally ministered. This alienation inhibits Catholic organisations from reaching these individuals, and thus fulfilling their mission with regard to them.

This project aims to facilitate Catholic organisations in their work with trans people by addressing the nature of this alienation. It does so by investigating perceptions of help-seeking among trans people, and reflecting on the findings using Catholic Social Teaching. In doing so, it hopes to shed a light on factors which prevent trans people from accessing services provided by Catholic organisations, and to formulate a response to these factors rooted in the Catholic Social tradition which can be implemented within the practice of these organisations. The ultimate aim of the project is to produce a practical resource for practitioners within these organisations to help them in reaching and working with trans people, as well as more traditional academic publications.

Dr Mark Hayes worked on a major project focused on the reform of Company Law. In 2016 Dr Hayes convened a series of research seminars with leading economists, bankers and political leaders aiming to agree a concrete proposal for reform. A copy of the resulting statement can be found here.

Outreach and Media on CSTP

The St Hilda Chair provides academic support to the wider Church and to organisations engaged in putting Catholic Social Thought into practice, notably through the UK Centre for Catholic Social Thought and Practice and its member organisations. This includes writing for and appearing in the media; public lectures and informal talks; participation in ‘expert’ panels and seminars; and participation in training workshops.

The St Hilda Chair will consider invitations to speak at Diocesan, national and international events.

Lectures and Conferences on CSTP

The CCS organises several talks on Catholic Social Thought and Practice per year as part of its Catholic Theology Research Seminar. Information about this seminar series, including details of forthcoming seminars, can be found here.

More talks are available on our audio and videos pages.